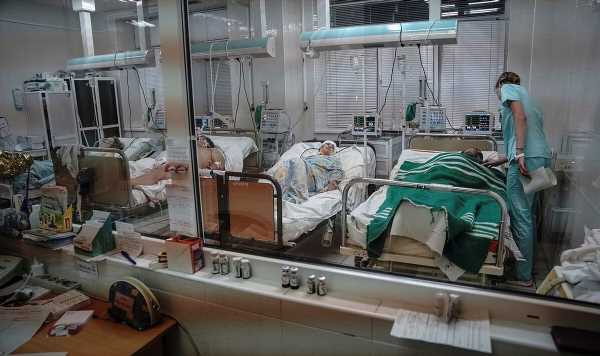 Around 25 people are being treated in a local hospital in the city of Kremenchuk for wounds with six of them in a critical condition, reports state. In one ward, five people are crammed into one room with a dead body outside covered in a blanket, Reuters has reported.

According to Ukrainian emergency services, at least 16 people were killed in the strike, with 59 injured.

One patient told Reuters that the attack had been “hell”.

Oleksandr Kovalenko, deputy director of the surgery department at Kremenchuk’s public hospital, told the publication it wasn’t the first time the city had been targeted.

He said: “This is the sixth time the city has been bombed. 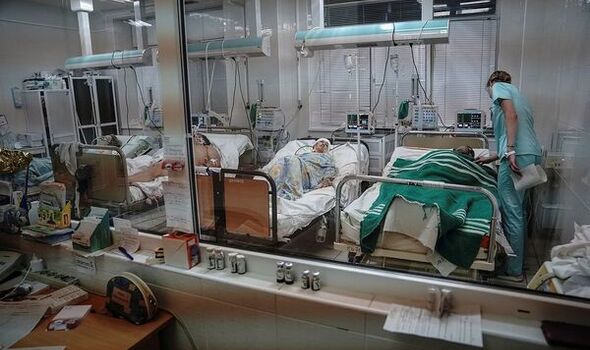 “But never before did it hit so many people.”

Local civilians have gathered outside a hotel near the shopping centre to register the names of those missing.

According to the Ukrainian prosecutor general, around 40 people have been reported missing so far.

Rescue workers are continuing to look for survivors at the site of the blast.

Ludmyla Mykhailets, 43, one of the patients in the hospital, told Reuters that she was shopping at an electronics store with her husband when the blast threw her into the air.

She said: “I flew headfirst and splinters hit my body.

“The whole place was collapsing.

“Then I landed on the floor and I don’t know if I was conscious or unconscious.”

An air raid siren did go off and as a result some retail workers went into a nearby basement during the missile strike.

However, one worker, Roman, asking to be identified only by his first name, told Reuters that many decided to stay inside the shopping centre.

The shopping centre’s management had decided only a few days ago to allow shops to remain open during air raid sirens.

As the war has largely moved to eastern Ukraine people in other parts of the country have stopped reacting the air raid sirens with the same urgency compared to the start of the war in February.

Mr Zelensky said around 1,000 people had been in the shopping centre at the time of the attack and the death toll could rise.