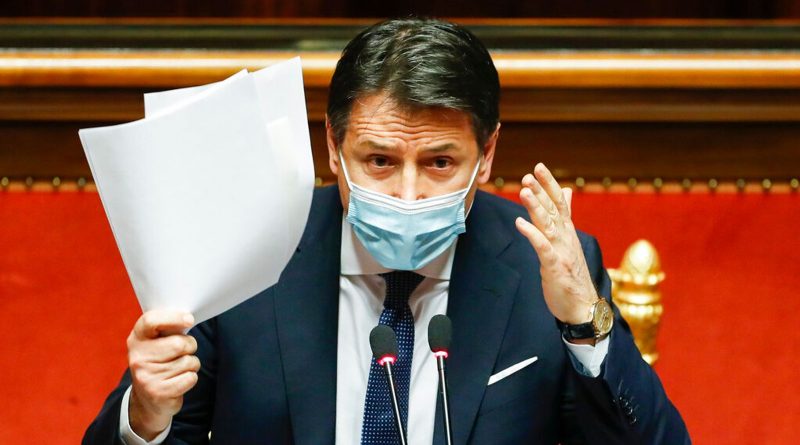 Italy’s Prime Minister Giuseppe Conte intends to resign after an ally’s defection left his coalition government without a majority.

He will visit the presidential palace tomorrow to formally offer his resignation, his office has said – but he may also seek permission to form a new coalition that can command a majority in parliament.

President Sergio Mattarella could reject that proposal, but he has previously spoken of the need for stable leadership during the coronavirus crisis.

Mr Conte was left floundering following the resignation of centrist ally Matteo Renzi, who is a former prime minister.