The Brooklyn Nets probably would give anything to have their “metronome” back.

“Every great team has a metronome,” Frye said last month. “He’s going to get 15 and 12 and a block and you just put him down every single night unless something crazy happens.”

The Cavs already had guards Collin Sexton and Darius Garland, first-round picks in 2018 and 2019, respectively, when then-General Manager Koby Altman got involved in what became the four-team deal that sent James Harden from the Houston Rockets to the Brooklyn Nets on Jan. 13, 2021. Allen felt like a throw-in, even though he’d averaged 10.1 points, 7.9 rebounds, and 1.4 blocked shots in 234 games (180 starts) for the Nets.

There was no hint Allen would become a first-time All-Star just a year later. Or that Harden would be traded again, the Nets sending him to the Philadelphia 76ers on Feb. 10.

“I watched Jarrett back in Brooklyn, like I would never trade that kid,” TNT analyst Charles Barkley said during a Feb. 14 “NBA on TNT” conference call. “He's going to be a star in this league for the next 10 to 15 years.”

As Frye, a member of the Cavs’ 2016 NBA championship team, watches from afar, he marvels at the roster built by Altman, named the Cavs President of Basketball Operations on Jan. 12. Not only does Frye laud the development of Garland, but the skills of 7-foot rookie center/forward Evan Mobley, drafted third overall out of USC. Mobley has teamed with 6-foot-11 Allen and 7-foot forward Lauri Markkanen, acquired in a late-August three-team trade from the Chicago Bulls, in a unique three big-man lineup that has given opponents fits.

“What Koby does is put in the right players,” Frye said on Feb. 16. Frye was in Cleveland as Mobil 1 and non-profit Project Blackboard partnered to unveil a renovated basketball court and redesigned gym at Merrick House during NBA All-Star weekend. 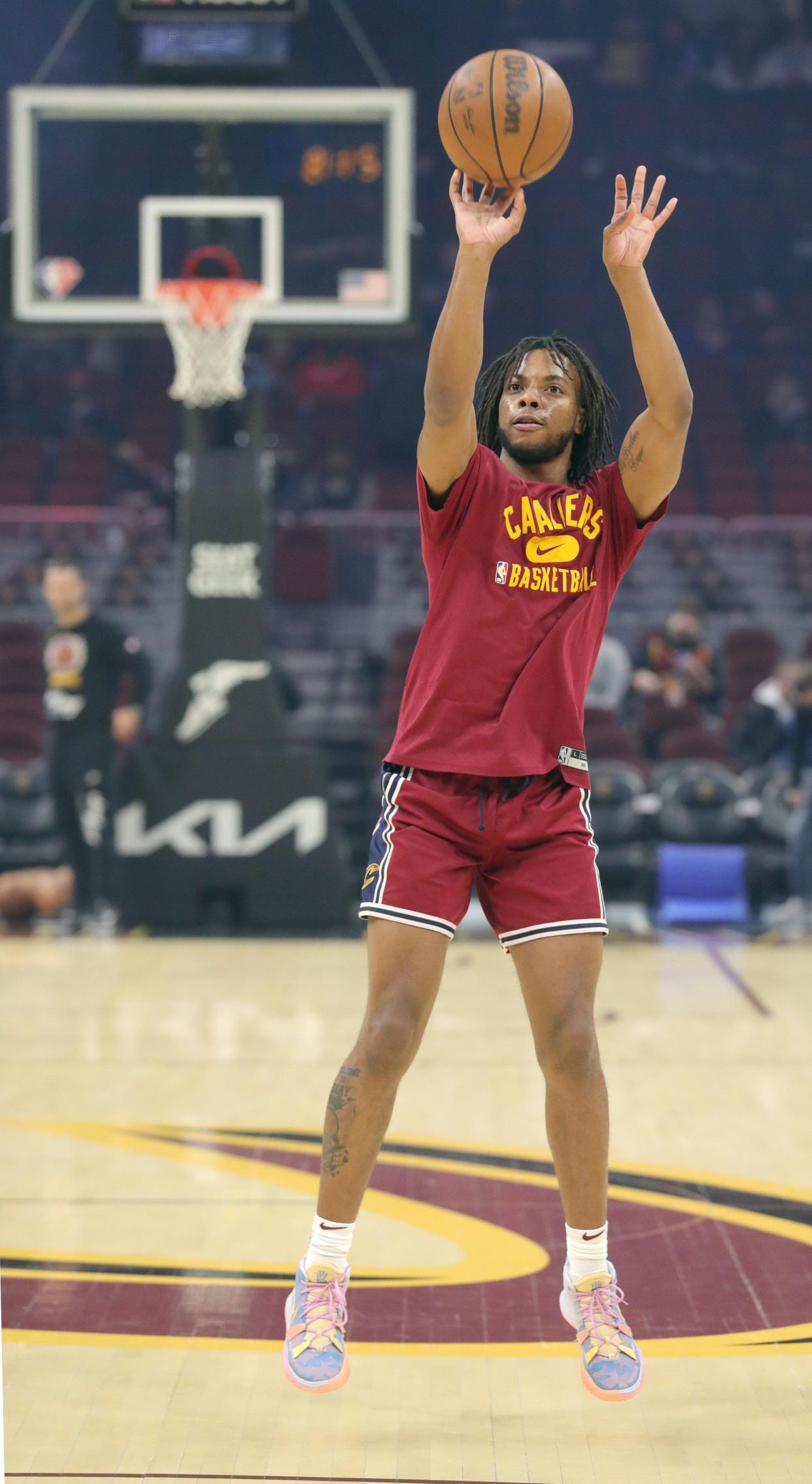 Frye mentioned Garland’s development as a leader, “the guy who’s making the right play every single time trickles down to everyone.

“Then you have what I call your gem, and that’s Evan Mobley,” Frye said. “Lord have mercy, I watch him and I’m like, ‘When did you learn how to do that?’ As his rookie year goes up and down, somebody goes, ‘Well, he’s not playing too good, he only had eight points.’ I say, ‘Did you watch the game? I don’t give a crap about his eight points, he’s doing everything right. And he’s probably gassed because he’s learning three different positions and his brain is about to explode.’”

“That’s probably J.B.’s strategy. Garland has more responsibility on his shoulders than most guards in our league,” Chones said in a Feb. 7 phone interview. “In order for tall ball to be effective, he’s got to get those guys to move against a stiff defense. Many times, that paint is clogged and you have to have the ability to catch and shoot, to shoot from the perimeter to open things up. In transition he’s got to be able to find those guys in the open floor so they can be a scoring threat if not in five-on-five.

“It’s a tremendous responsibility for such a younger player as Garland. But the reason why they can ask him to do all that is because he has a tremendous skill set, he’s got a tremendous mind. He’s really a smart kid. I remember Bill Russell once said, ‘All things being equal, the smarter player is always the better player.’”

Miami Heat coach Erik Spoelstra directed USA Basketball’s Select Team in Las Vegas ahead of the 2021 Olympics. Garland was chosen to that team, then promoted to practice with Team USA before it departed for Tokyo.

CAVS REBOUND: Cleveland Cavaliers may have finally found a way back into contention without LeBron James

REDEMPTION STORY: Ben Simmons' career revival in Brooklyn could be a great redemption story — if he makes it work | Opinion 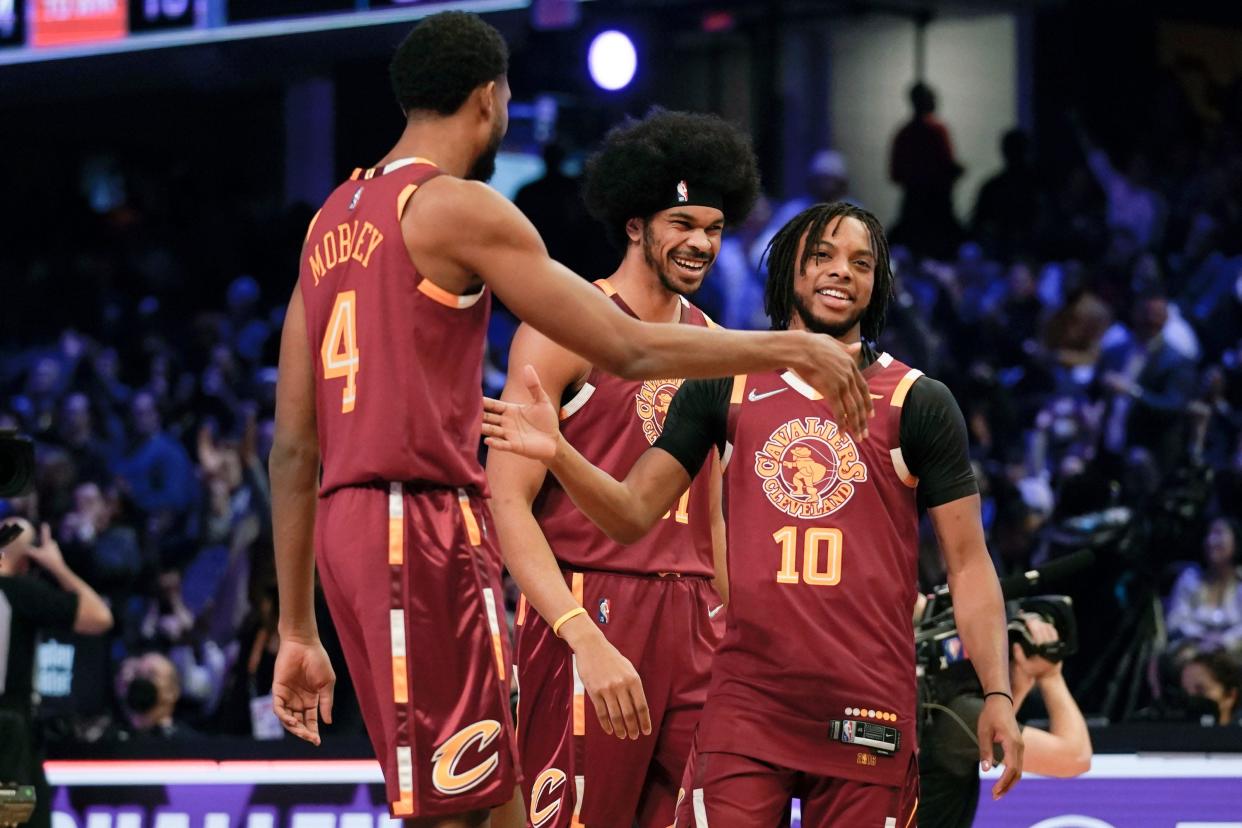 “When the level of competition went up it brought something more out of him, and that's what all the great players have,” Spoelstra said of Garland at NBA All-Star media day on Feb. 19. “When we scrimmaged against the main team, that's where you saw a different Darius. He was playing extremely well, and everybody in the gym noticed it, to the point when they had injuries, they selected him to continue on. That was a great testament to his work, his competitiveness and how he played.

“A joy to coach. I loved his spirit, his energy.”

Two-time All-Star Zach LaVine of the Chicago Bulls was a member of Team USA and vividly remembers how Garland stood out.

“We were practicing each and every day and there were countless stories. He was going at each and every guy. He is fearless,” LaVine said on Feb. 19. “He was by far one of the best players on the Select Team.

“Darius is really, really good. Obviously, he is here [at the All-Star Game] for a reason. He got the Cavs as top contenders. But in that environment, what I know it's just how quickly he picked up on the pace and the competition wasn't anything to him. He was eager for it.”

But the metronome, the leader and the gem aren’t doing it alone. 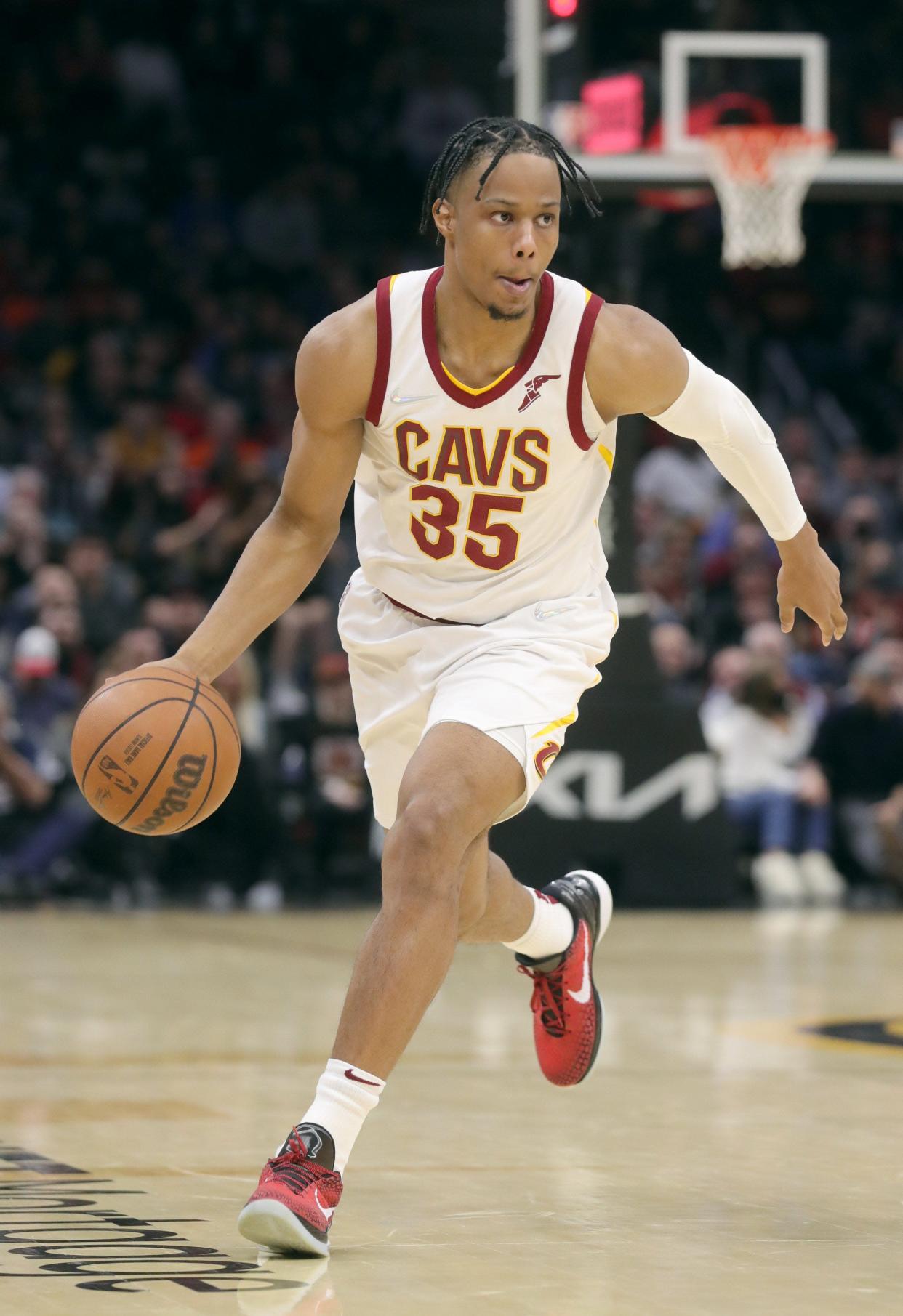 Forward Cedi Osman has dramatically improved his 3-point shooting as a member of the second unit. Isaac Okoro, known primarily for defense when he was drafted fifth overall in 2020, is finding his offensive game.

"They have a group of young players, then they added veteran talent. Then Mobley hit for them, then Allen, they went out and signed him," Detroit Pistons coach Dwane Casey said on Feb. 24. "Osman has been on a championship team. Garland has really grown up right in front of their eyes. They’re exactly where we’re rebuilding to be."

But also important was the roster move the Cavs didn’t make. Five-time All-Star forward Kevin Love, thriving in sixth-man role, laughed about not being mentioned in trade rumors for the first time in his seven years in Cleveland.

“Oh, my God, it was amazing,” Love said on Feb. 14. “Koby and I were actually talking about that. He goes, ‘How amazing is this? Since your first year.’ Literally August of ‘14 until now, not hearing my name.

“It’s been a great season. I’ve loved playing this sixth-man role for this team and helping lead these guys off the bench. This group has so much upside and a chance to grow into a contender every single year moving forward because we are so young. Our starting lineup is all under the age of 25.

“I think it’s a beautiful thing.”

Marla Ridenour can be reached at [email protected] Read more about the Cavs at www.beaconjournal.com/cavs. Follow her on Twitter at www.twitter.com/MRidenourABJ.