There will be 50 people at dinner with Johnny Leung on Saturday night: chicken to symbolise celebration, noodles for a long life and fish to make sure something is left over for next year.

It’s a table usually replicated across Australia and China. The world’s largest annual migration is, after all, a story about food and family, arguments with in-laws and kids hitting gongs.

In all, more than 3 billion trips are made over the Lunar New Year. This year, some won’t be made at all. 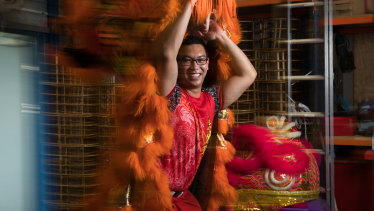 Lion dancer Johnny Leung in his rehearsal space in Kingsgrove, Sydney, ahead of the Lunar New Year.Credit:Janie Barrett

Three Chinese cities, including a metropolis of 11 million people, more than twice the size of Sydney or Melbourne, have been completely cut off. There are no more flights, buses, trains or car trips in or out of Wuhan. Beijing cancelled its own Lunar New Year celebrations on Friday.

Coronavirus, a deadly pneumonia-like disease, has taken control of the holiday plans of millions. Hospital wards are crammed with locals unsure if they have the virus or simply the flu, travellers raced to airports only to be turned back, restaurants usually packed with revellers are almost deserted. As of Friday afternoon, authorities in China have reported 830 cases and 25 deaths.

Wuhan resident Xiyang, who asked to use a nickname because health scares remain a politically sensitive issue in China, says: “The city is like an empty one.

“I live in an apartment and can often hear the sirens of ambulances on the street. We stay at home most of the time, scared of going out. The city is closed for the first time in hundreds of years of history.”

Official figures claim Chinese holidaymakers will travel 394 kilometres on average during the Lunar New Year rush. Many workers are travelling back from major centres like Beijing and Shanghai to their provincial homes.

One resident of a village near Wuhan says for the first time she won’t be going back to see her family: “All of [my] friends reached consensus this year to make new year greetings only by phone call, rather than visiting home as [is the] tradition.”

The economic implications are profound. The last time China was hit with a pandemic of this scale, the Severe Acute Respiratory Syndrome (SARS) in 2003, its growth plummeted from 12 per cent to 3.5 per cent between quarters. 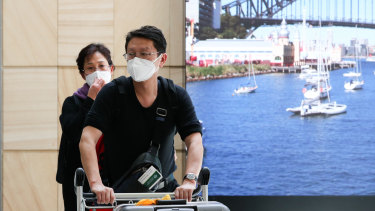 China has learnt important political lessons from SARS. Crushing levels of censorship meant newspapers were unable to report the SARS outbreak for weeks, and when the disease spread from one city to another local officials had only scant information about its origins.  Up to 10 per cent of the 8000 people who caught it died.

This time state media has been given relatively free rein for a country notoriously concerned about bad news. Officials were warned by the country's top legal body this week that anyone who tries to conceal new cases “will be nailed on the pillar of shame for eternity”.

“The government is now working much more proactively and transparently to contain the Wuhan pneumonia than [it did with] SARS,” says Ning Zhang.

One 22-year-old student visiting family near Wuhan is not so sure, arguing authorities were too slow to act when the virus was first discovered in December. The new virus emerged from a popular wet seafood market that also sold wild animals. Bats, a delicacy in some Chinese dishes, are widely believed to be one of the key carriers of coronaviruses.

“They did not control it at the beginning,” he says. “They should have closed the city then.

Dr Minh Cuong Duong, an infectious disease specialist and epidemiologist at the University of NSW who was deployed for the H1N1 influenza pandemic in Vietnam says the outbreak has come at the “worst time”.

“Since human-to-human transmission has been confirmed, this greatly facilitates the spread of virus not only to other parts of China but also overseas,” he says. “Indeed, Thailand, Japan, South Korea and the United States have reported cases, making a pandemic likely.”

The World Health Organisation did not declare a global health emergency on Friday. Australia’s chief medical officer, Brendan Murphy, says he was surprised by the call and that the governing body was “split” over the decision.

He says Australia is vulnerable to “quite a lot of traffic from China to Australia” but that the mortality rate was lower than the SARS pandemic in 2003 and, so far, the disease appeared to have less severe symptoms.

“Most people will recover well from this disease but we need to isolate them,” he says. 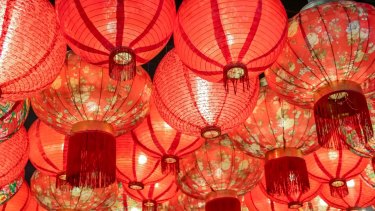 In Chinese tradition, red is one of the luckiest colours. Sydney Lunar Festival curator Valerie Khoo says decorations are one of the most important parts of the celebration.Credit:BookyBuggy

Duong says Australian authorities should prepare updates for local groups who are at high risk of acquiring the disease overseas, such as Chinese and Vietnamese communities – who are also celebrating Lunar New Year. He says this was particularly important for the elderly who may not be fluent in English or have regular access to the internet.

“I personally think more attention should be paid to vulnerable populations including the elderly, children, pregnant women and people with chronic conditions until robust evidence is available as these people tend to develop severe complications based on previous outbreaks,” he says.

Sydney, which hosts the largest Lunar New Year celebrations outside of Asia, has no plans to cancel this year's festivities.

More than 600,000 lunar lanterns are being prepared for the 1.48 million people expected to visit the CBD to celebrate the Year of the Rat.

“We end up sitting down with a family of 50 and we all eat after the performance,” says Leung. “I guess that is a bigger family than normal people would experience.

There are no set recipes. “It’s quite simple,” he says – a bit of soy sauce and clear broth. “It brings a level of camaraderie and community together. We share so much experience through food, a shared history and our work ethic.”

He admits the health concerns are “something to be wary of” but adds: “As technology becomes more prevalent we are getting more information.

“What that means is people know that this virus is out there. They know that there is this issue and my hope is that they will be more proactive as opposed to reactive.

“I'm sure the government knows how to deal with different cases,” he says. “The question is whether the average person is willing to come out and say 'I need to see a doctor'.”

Leung, who runs the Australian Yau King Mun lion and dragon dance school started by his grandfather, has 70 performances booked in over the next month. At their peak they can do as many as ten 20-minute performances a day, jumping from stilt to stilt up to two metres high.

They tell the story of a lion terrorising villages during winter. Terrified, the villagers remained trapped indoors until an old man told them the beast was afraid of three things: the colour red, loud noises and fire. The beast tamed, the pots, pans and firecrackers of 2000 years ago have become today’s lion dance.

Leung hopes his fellow lion dancers in China won’t be trapped inside for too long.

With Sanghee Liu and Eilidh Mellis

‘I’ve got to get this job’: A Chorus Line lays bare the pleasure and pain of performers