Home » World News » It's not just Uvalde, Texas — gunfire on school grounds is at historic highs in the U.S.

Children on lockdown. Armed officers rushing into a school. Parents and loved ones in tears waiting anxiously outside.

It’s an all-too-common scene in the U.S., where gunfire on school grounds is at historic levels. And it’s not just after mass shootings — smaller-scale incidents at schools are also happening at alarming rates.

“All types of gunfire on school property are at an all-time high,” said David Riedman, lead researcher at the K-12 School Shooting Database at the Naval Postgraduate School’s Center for Homeland Defense and Security, which documents every instance a gun is brandished or fired or a bullet hits school property for any reason.

There were 249 shootings on school grounds last year — more than any other year since at least 1970, Riedman said. So far this year, there have been 137 incidents of gunfire on school grounds, including 39 incidents involving students during school hours or school sports or activities, he said.

“This is unlike any act of mass violence or school shooting that we have seen since Sandy Hook Elementary,” Riedman said. “It’s worth nothing that the Buffalo shooter’s online journal showed that he considered an elementary school as his target.” 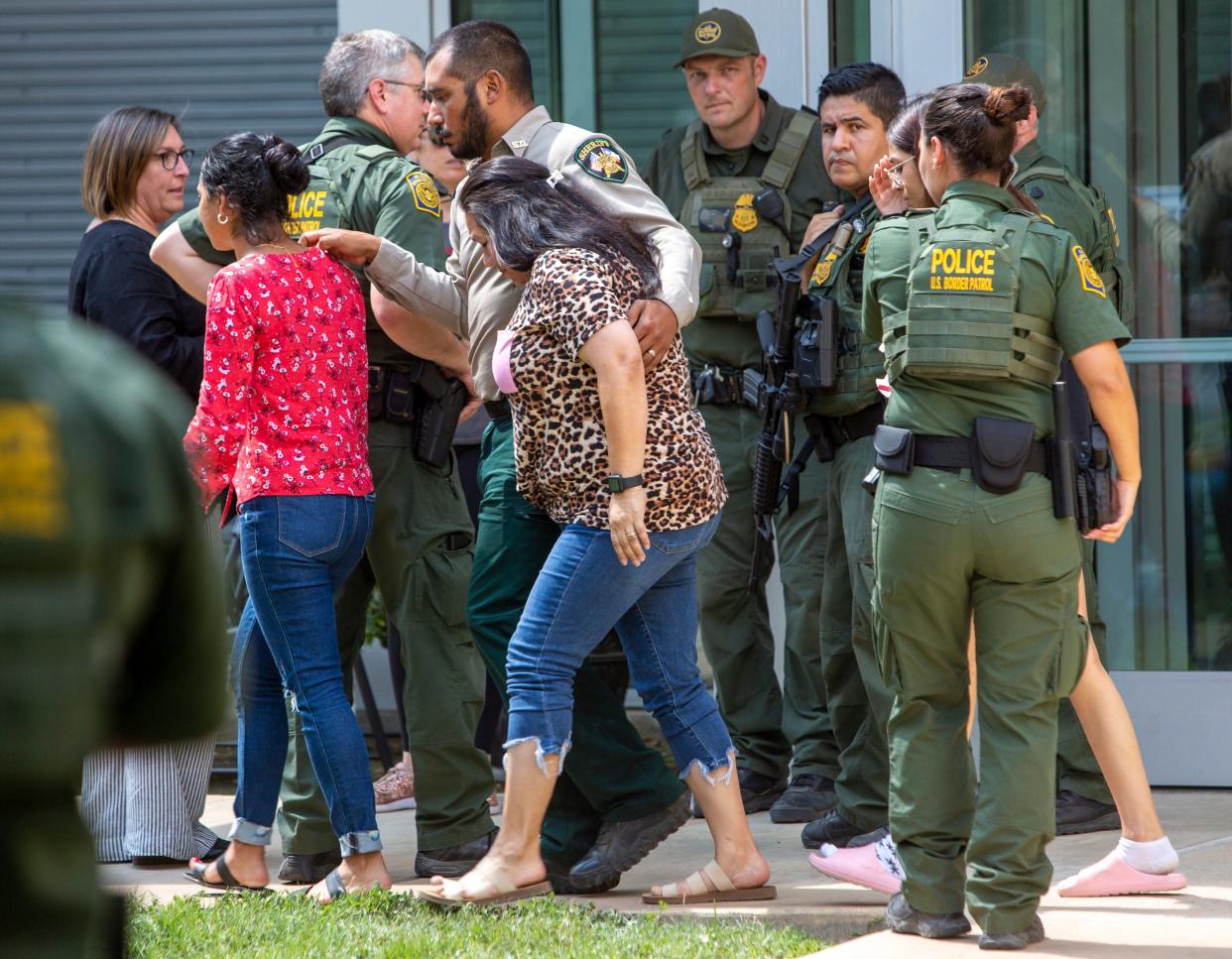 Prior to Tuesday, there had been 27 people killed, 77 wounded and 21 with other injuries in shootings on school grounds in 2022, Riedman said. Of the victims injured or wounded, 68 were students, he said.

Education Week, which uses a different metric, reports there have been 27 school shootings in 2022. The outlet tracks shootings on K-12 school property or on a school bus that resulted in firearm-related injuries or deaths and occurred while school is in session or during a school-sponsored event.

Indiscriminate attacks at a school, where the shooter targeted random victims with the intent to kill or injure as many as possible, make up a small portion of more than 2,000 school shooting incidents since 1970, Riedman said. Most are disputes that escalate into shootings, he said.

Odis Johnson, executive director of the Johns Hopkins Center for Safe and Healthy Schools, noted the National Center for Education Statistics reports the number of school shootings with injuries or fatalities has increased steadily for the last seven years and is currently higher than ever recorded.

While policymakers have allocated tax dollars to hire more school police after each shooting, school safety policy “has not slowed the occurrence of school shootings in U.S. schools,” Johnson said.

“Whether it’s in class, at graduation, on sports fields, or everywhere else, students across this country have to live in constant fear of gun violence because gun violence is all around us,” said Sari Kaufman, a volunteer with Everytown’s Students Demand Action and a Parkland survivor.

As gun violence rose during the COVID-19 pandemic, gun violence affecting children and teens accounted for a disporportionate share of the rise, according to a USA TODAY analysis of data from the Gun Violence Archive, a nonprofit data collection and research group that uses a combination of police statistics and media reports.

In 2020, firearms became the leading cause of death among children and teenagers in the U.S., overtaking motor vehicle accidents, according to recent research using data from the Centers for Disease Control and Prevention.

That’s a uniquely American phenomenon. Children and teens in the U.S. are 15 times more likely to die from gunfire than their peers in 31 other high-income countries combined, according to the Children’s Defense Fund.

“Children in the United States are subject to gun violence at rates that would be unthinkable in other similar situation countries,” said Josh Horwitz, co-director of the Center for Gun Violence Solutions at the Johns Hopkins University Bloomberg School of Public Health. 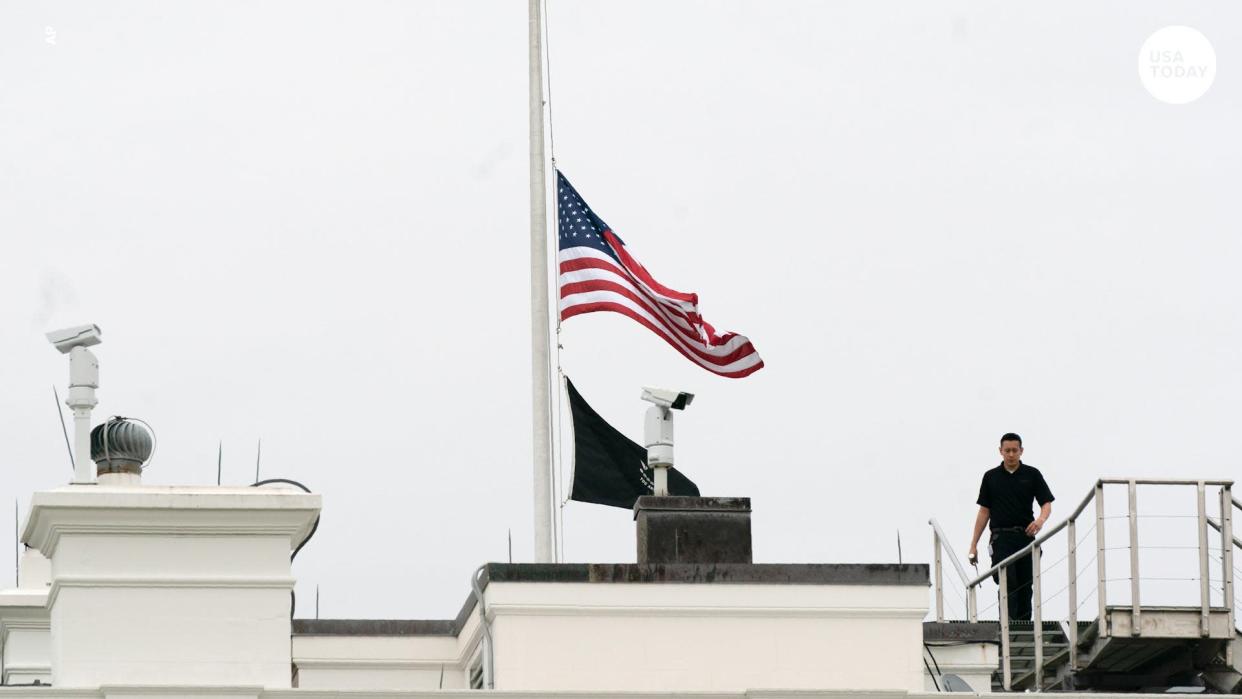 Megan Ranney, an emergency physician and gun violence researcher at the School of Public Health at Brown University, noted exposure to gun violence at school can have lifelong consequences for students, as well as their teachers, parents, families and wider communities.

“As we see these school shootings – also that daily toll of shootings – increase inexorably year after year in the United States, that ripple effect on our own society has not really been quantified, nor has it been grappled with,” Ranney said.

Horwitz said his heart goes out to the families whose kids were killed Tuesday as they join the thousands of other parents around the country who have lost a child to gun violence.

“I work with some of those parents, and the grief never goes away,” he said. “They continually wonder how our elected leaders can continue to sit by and do nothing. It is this outrage that adds to their grief.”