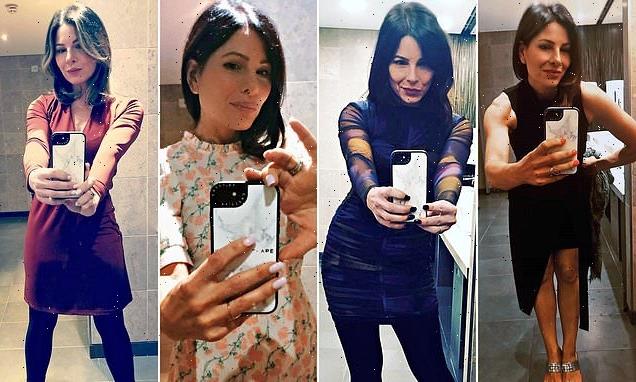 Now it’s the Loos at Ten, with Lucrezia Millarini: ITV anchorwoman often posts selfies on Instagram and Twitter from bathrooms she visits

ITV viewers may be used to seeing Lucrezia Millarini delivering the headlines from a high-tech newsroom, but for her 150,000 social-media followers, the News At Ten anchorwoman has become associated with a far less glitzy setting – the toilet.

Her most recent came last Tuesday, when she photographed herself in her own bathroom in a silver dress she was wearing for ITV’s Palooza event for advertisers and programme-makers.

The 46-year-old regularly posts pictures of herself at ITN’s Central London studios, and last month she wore a black evening dress for a selfie in what she described only as a ‘different’ loo.

Earlier that month, she posted from Paris, where she was on holiday with her husband, journalist Simon Kurs, when she was dressed in an evening frock.

The pictures attract many compliments, with one follower suggesting Miss Millarini should publish them all in a coffee-table book.

Taking selfies in toilets has become popular among young women, especially in their gladrags in bars and nightclubs, as the mirrors make it easier to take snaps on phones.