A FAMILY has been TRAPPED in a "disgusting" mouldy flat for more than TEN years. 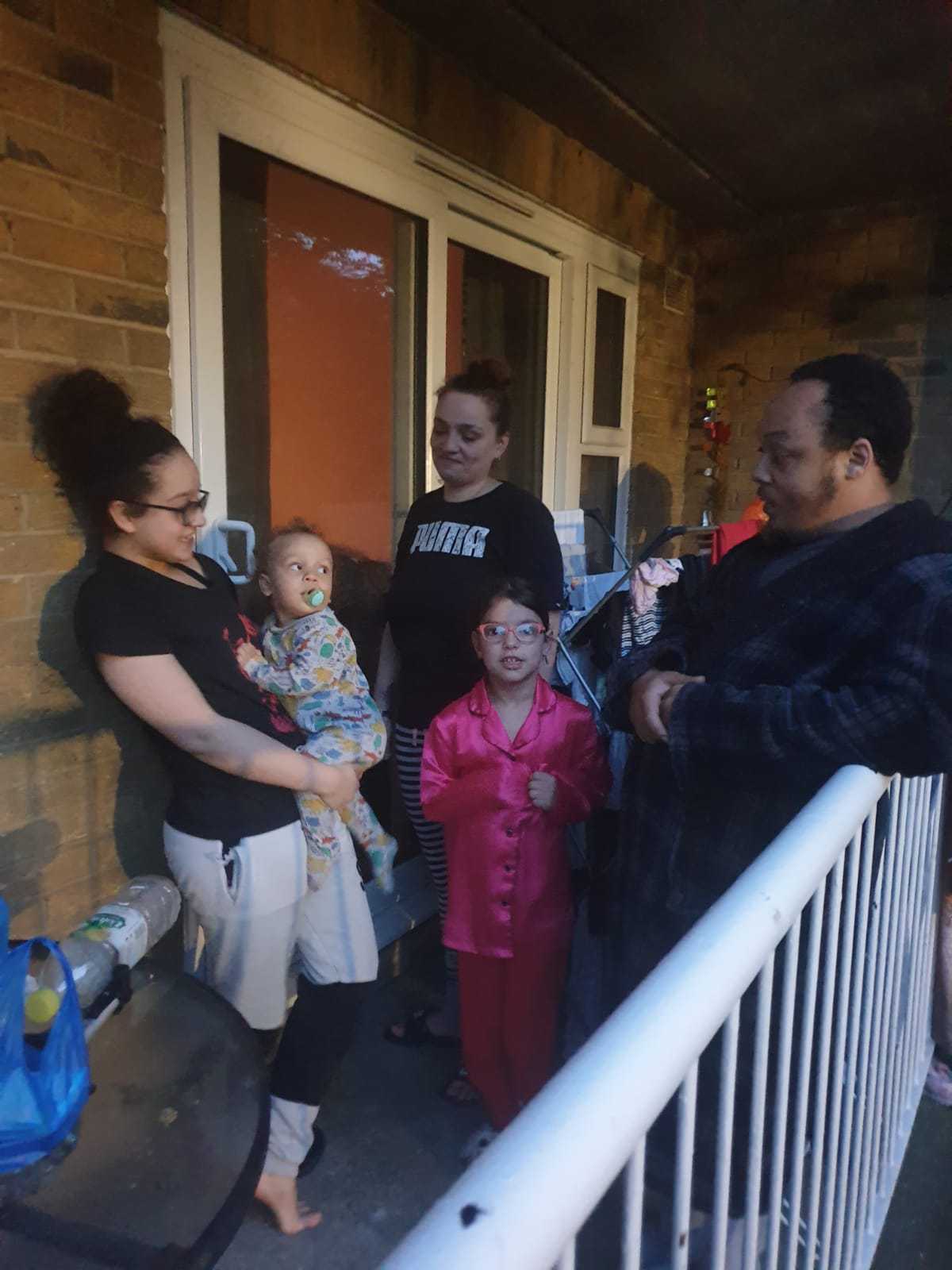 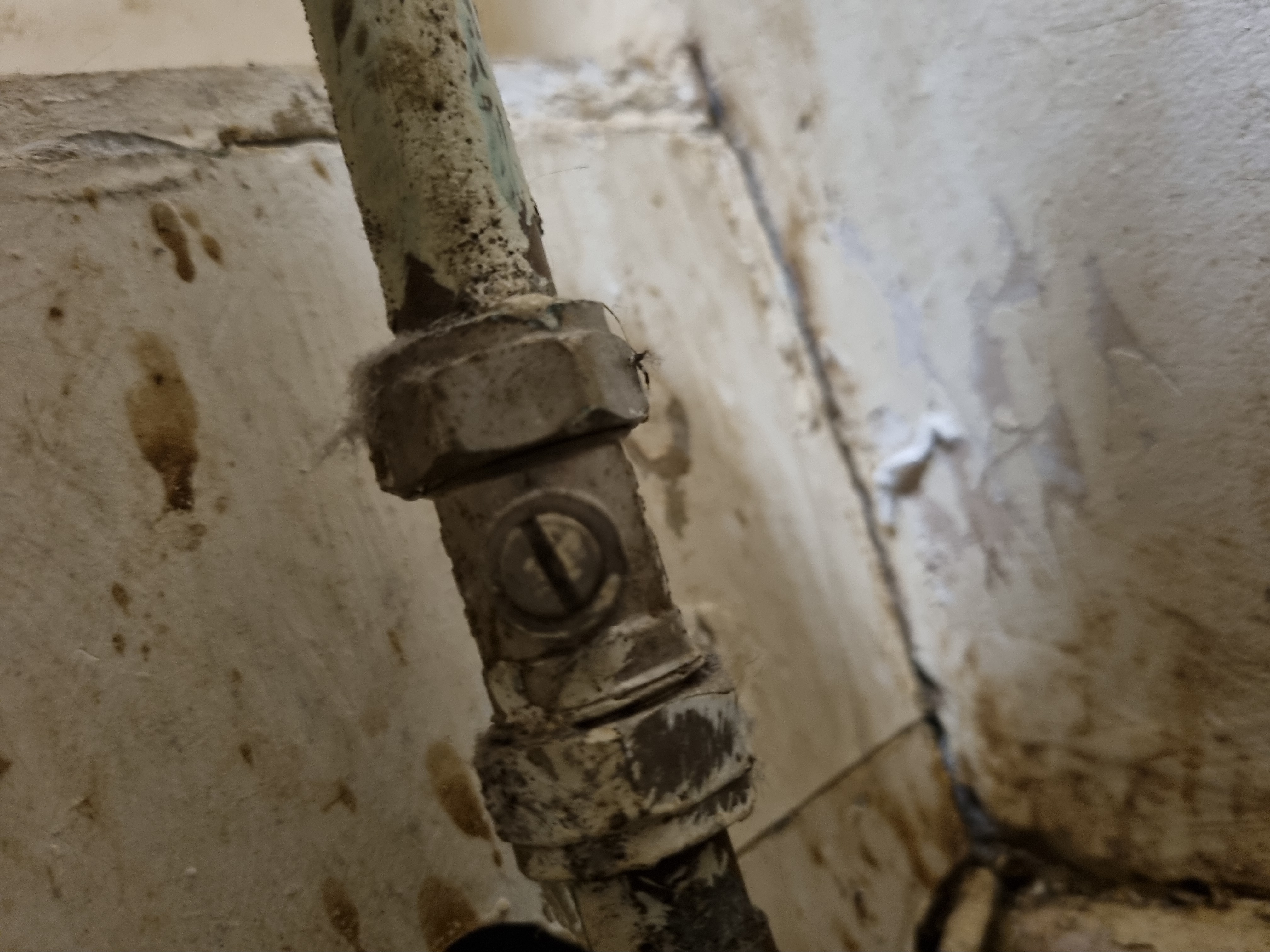 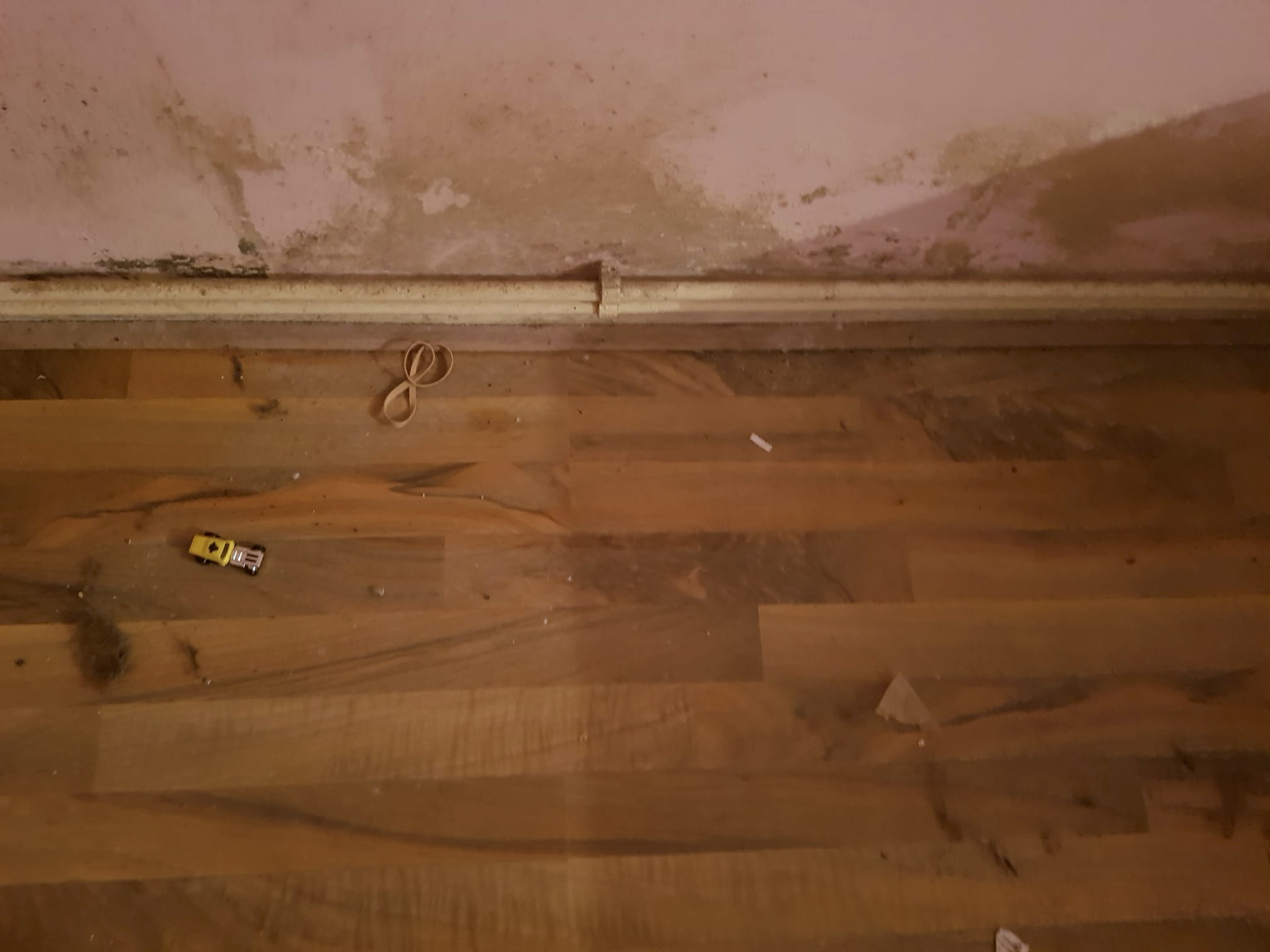 The worried dad fears for his family's health after they've developed respiratory problems because of the thick mould in their rotten flat.

Brian, speaking to the Daily Star, said: "It has been over 12 years my wife has had to deal with it.

"She moved in with her firstborn daughter in 2009. Bits of paint flake off the ceiling and end up everywhere."

He claimed they've had to pick pieces of wet ceiling out of their food after cooking.

And that his wife's mental health has been affected by the turmoil.

Brian has been forced to live with his mum because there isn't enough room in the cramped apartment.

The concerned father said he is heartbroken by his wife's sadness as she thinks she is failing her children.

He said: "Her firstborn son was born premature and had to be incubated for the first two months of his life and ended up having subglottic stenosis."

This causes a narrowing of the airway below the vocal cords.

"This is classed as a disability since he has trouble regulating his breathing while running and playing – it has been made worse by the mould," Brian claimed.

The property in Brockley is under Optivo Housing Association.

Brian added: "The pandemic has taken its toll on the family seeing as it's like crabs in a barrel with nowhere to escape to.

He claims the medical evidence submitted to the housing association by his wife has been "disregarded".

Brian alleges Optivo have done the bare minimum and that the property needs more than a mould wash.

The Optivo website states that its founders were passionate about helping families with a housing need.

"Optivo knows the importance of living in a safe and secure environment and how this enables people to flourish," the website declares.

Brian added: "They have painted over the mould rather than treating it properly and have misplaced records of complaints and jobs that they have done in the property.

"They seem to be trying to do everything possible to keep her and the kids in that property because they know that they would have a hard time getting someone to take it.

"They need to be named and shamed for treating them like this and I can only imagine how many other households have been affected by the same housing association."

Optivo said in a statement: "We were made aware of mould and damp in one of our homes in Brockley onNovember 17 2021, when reported by our resident, Ms. Gerson.

"We carried out an inspection on December 1 2021. We found low level mould in rooms including the kitchen, bathroom and living space.

"As a result of the inspection, we’ll be attending the home on January 20 to complete a mould wash treatment of affected areas.

"This treatment is designed to kill and inhibit the growth of mould, fungi and mildew.

"We’ve also agreed a date of February 1 to redecorate the treated areas, which is the first date Ms Gerson is available.

"We’ll also install a fan on January 25 to increase ventilation and help to stop mould growth.

"If Ms Gerson is looking to find a new home, she’ll need to discuss this with her local authority, who are responsible for the allocation of homes.

"Our Lettings Team are here to support with this process, but the decision to accept the move remains with the local authority.

"A member of our housing team will make contact with Ms Gerson next week to discuss options available to her.

"We have a record of one complaint, raised by Ms. Gerson on November 10 2021. We worked to resolve this and responded on November 24 2021 with an action plan.

"The complaint has since been closed due to receiving no further response from Ms. Gerson.

"We’ve no record of any further or misplaced complaints.

"We’re sorry if Ms. Gerson feels we’ve not met her expectations, and we’re working with her to further address the issues she’s raised."