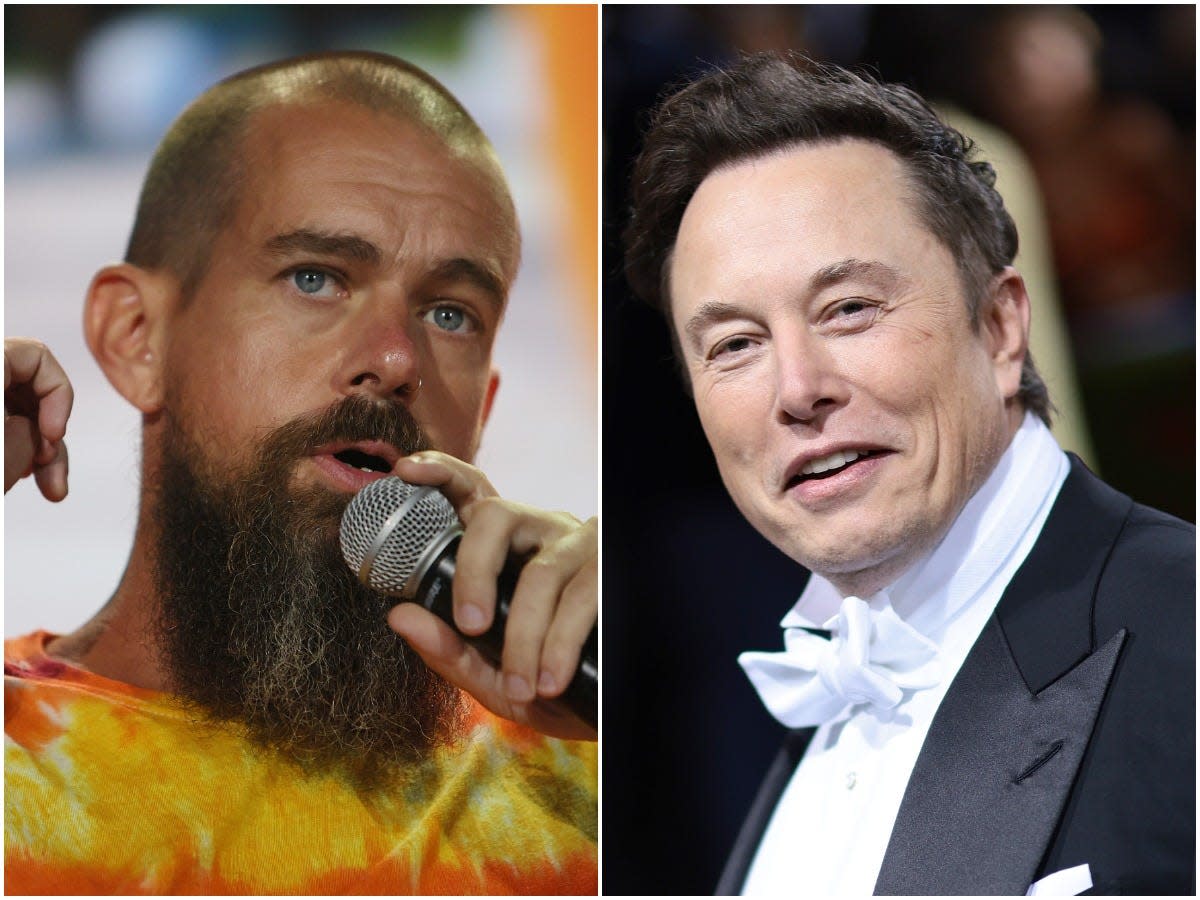 Jack Dorsey will continue to hold a stake in Twitter under the new ownership of Elon Musk.

Dorsey agreed to rollover his remaining 2.4% stake in the company he co-founded to Musk's new holding company for Twitter, X Holdings I Inc., according to a new filing with the SEC. The value of Dorsey's roughly 18 million shares is a little over $1 billion, according to the filing. That represents money that Musk did not have to come up with to acquire the company.

Although it was rumored Dorsey would invest in Musk's takeover of Twitter, he had yet to confirm any plans to do so or rollover his shares. According to the filing, Dorsey agreed to the rollover back in April, when Musk signed the merger agreement with Twitter. Dorsey formally rolled his shares on Thursday, the same day Musk officially became the owner of Twitter.

Dorsey and Musk are said to be friends and the two extensively discussed Musk's takeover of Twitter, even before the Tesla billionaire moved to acquire it, according to private texts revealed as part of a Twitter lawsuit against Musk. That court case set to be formally closed soon, as Musk is now the owner of the platform.

Musk is already at work remaking Twitter. He has ordered immediate changes to the platform's verification process, with an aim to turn it into a revenue-generating part of Twitter's business, and wants to see the return of Vine, the short form video platform, within Twitter. Teams of engineers are working "literally 24/7" meet new demands, as Insider reported.

Meanwhile, mass layoffs are widely expected to hit employees soon. Lists of who to keep and who should be let go have been drawn up and finalized, people familiar have told Insider.

Are you a Twitter employee or someone with insight to share? Contact Kali Hays at [email protected], on secure messaging app Signal at 949-280-0267, or through Twitter DM at @hayskali. Reach out using a non-work device.