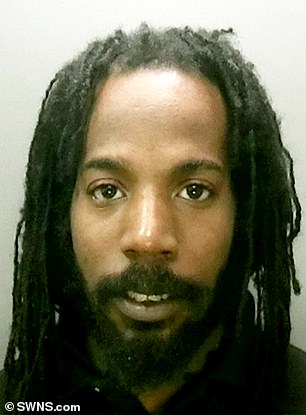 ‘Notorious’ gang member Tafarwa Beckford, 36, has been jailed for life for a 2015 murder in Hockley, Birmingham

A ‘notorious’ gang member will spend at least 32 years in prison after being jailed for murdering a rival in a revenge shooting.

Tafarwa Beckford, 36, the stepbrother of singer Jamelia, was jailed for life at Birmingham Crown Court today.

He was convicted of murdering Derek Junior Myers, 25, outside a pool hall in the Hockley area of the city in 2015 after a trial.

Mr Myers was struck with a bullet during a mass brawl that left another victim with life-changing injuries.

The killer was allowed to drop his first name and instead use his middle name of Theodore during the trial after a legal application for the use of a pseudonym.

Jurors were not told that Beckford – known by the street names ‘Dreads’ and ‘Charmer’ – was acquitted of murder in both 2000 and 2005 after gang-related killings, including a New Year’s Day shooting in Aston, Birmingham. 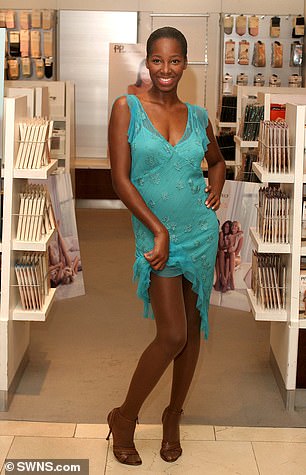 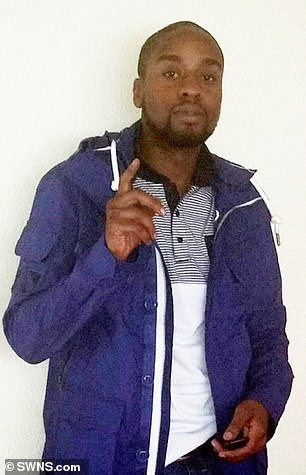 Beckford is the stepbrother of singer Jamelia (left). He has been jailed for the murder of Derek Junior Myers, 25 in 2015 (right)

The court’s decision to allow Beckford to replace his first name with his middle name was taken due to online reports linking him to Birmingham’s Burger Bar Boys gang.

Lawyers acting for Beckford argued that there was a ‘particularly large’ number of media articles about him because he was a close relation of Jamelia.

Beckford refused to give evidence from the witness box but denied involvement in the killing or the Burger Bar gang, which was responsible for the 2003 machine gun murders of teenagers Letisha Shakespeare and Charlene Ellis.

Tafarwa Beckford’s true identity was hidden from jurors due to press coverage of his links to two previous killings.

He was granted permission to disguise his identity throughout his trial at Birmingham Crown Court – after lawyers cited a 2012 decision to grant a pseudonym to an MI5 spy accused of attacking his ex-girlfriend.

In a pre-trial submission arguing that Beckford should be given similar protection, his counsel, Ali Bajwa QC, said: ‘An internet search for the defendant’s name discloses many thousands of results, which include a number of highly prejudicial items.

‘There are a particularly large number of articles about the defendant given that he is a close relation of a well-known music artist, Jamelia.’

Applying for a Contempt of Court Act order banning any reference to his client’s first name, Mr Bajwa added: ‘It is not realistically possible for the defence to have the prejudicial material taken off the internet.

The case at Southwark Crown Court involved an MI5 officer who was cleared of harassment by a jury after a charge of sexual assault was dropped.

Police charged Beckford with the teenagers’ murder in November 2003 but he was cleared part-way through a trial in 2005, after a submission of insufficient evidence.

The then 17-year-old was also accused of the March 2000 Birmingham nightclub murder of Christopher Clarke – who was stabbed and beaten with champagne bottles.

Prosecutors instead proceeded with a lesser charge of affray, for which Beckford received a 30-month sentence.

His latest court trial was told that trouble flared outside the Big Bang pool hall in Hockley at about 4am on October 30 2015.

Police believe the disorder involved factions of the Burger Bar gang following a fall-out between members.

During the violence Marvin Duffus – a friend of Beckford – was stabbed and shot five times at close range, leaving him with brain damage.

Less than a minute later Beckford was caught on CCTV as he shot 25-year-old Mr Myers in an apparent revenge attack.

Despite around 150 people being in the club, and many onlookers witnessing the shootings, only a handful of people came forward.

Officers arrested Beckford, of Ladywood, Birmingham, at an address in Tividale, West Midlands, a fortnight later.

Commenting after the trial, Detective Chief Superintendent Mark Payne said: ‘Beckford is a dangerous man with a notorious history of involvement in gang violence who we suspect is linked to other shootings.

‘He is now a convicted killer…and he’s looking at spending upwards of 30 years behind bars.’

The senior officer added: ‘He’s clearly somebody, I think, who felt himself to be untouchable.

‘He had such a high-standing in the gang environment that he thought nobody would ever be able to convict him of murder – which is why he behaved with such impunity on the night in question. 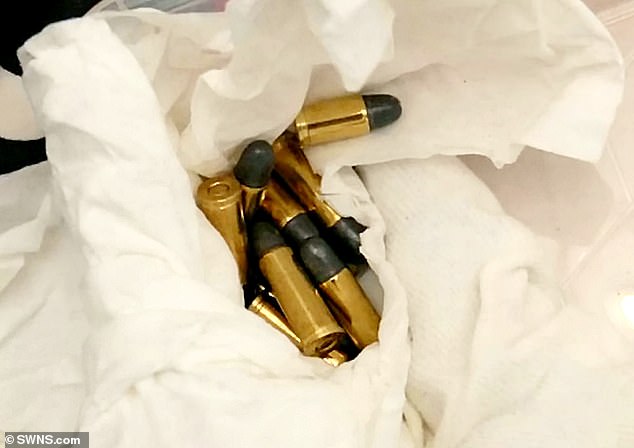 ‘He is a man who has been linked to previous firearms discharges and murders and he’s somebody who is a really dangerous individual. We are really pleased that he’s now off the streets.’

Prosecutor Annabel Darlow QC told Beckford’s trial that he disappeared ‘beneath the radar’ after Mr Myers was killed.

Alleging the shooting was a response to the attack on Mr Duffus, Ms Darlow told jurors that firearms were passed from hand to hand ‘according to need, and according to status’ during the violence.

The 66-year-old was jailed last December for 30 years for conspiring to transfer guns and bullets after he was linked to over 100 shootings.

Beckford is the fifth member of Jamelia’s family who has been caught up in allegations or cases of murder or attempted murder over the past few decades.

Among them is Tumbi Beckford, her half-brother, is a violent drug-dealer who was jailed for life for murder for his role in shooting a 19-year-old three times in 2003. 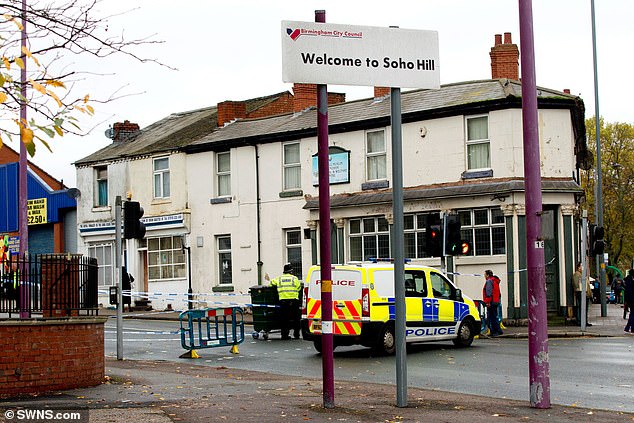 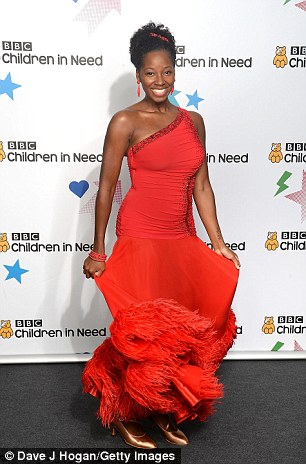 Tafarwa Beckford is the fifth member of Jamelia’s family who has been caught up in murder or attempted murder cases over the past few decades.

Among them is Tumbi ‘Muscles’ Beckford, her half-brother, a violent drug-dealer who was jailed for life for murder for shooting dead a 19-year-old Daniel Bogle in 2003 in an identity mix-up, following a row over missing drugs.

Tobias Rowe, the brother Jamelia took to the Brit Awards in 2005, was jailed indefinitely in 2010 after shooting a man during race riots in Birmingham.

Tessfa Beckford was arrested at the same time as Tafarwa Beckford in 2003 after two women were killed (something of which Tafarwa was cleared) – but never charged.

And her 15-year-old brother Tesrod Beckford was fatally stabbed in 1994 in a fight at a love rival’s home. Jamelia’s second album, Drama, was dedicated to him. 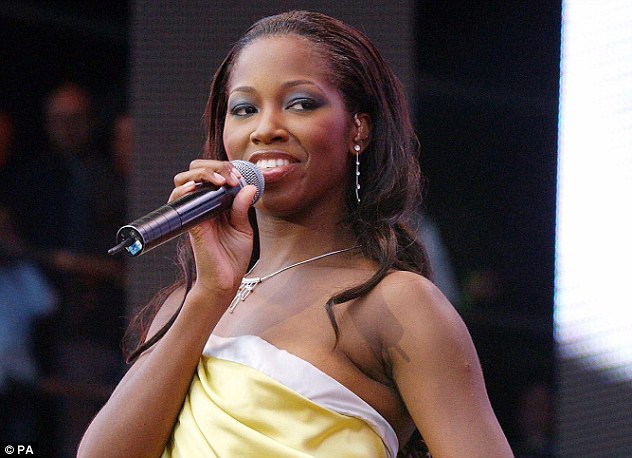 Jamelia, pictured at the Party In The Park gig in July 2004 at Hyde Park in London

Speaking in 2005, Strictly Come Dancing star Jamelia – an anti-gun campaigner – slammed the gangster culture which had involved members of her family.

She told the Daily Mirror at the same time: ‘It’s a very weird situation. Family is very important to me. They’re my brothers and sisters and I love them all.

‘My brothers haven’t been encouraged by their schools or by society. So people get in the wrong areas. But at the same time I feel very strongly about the girls dying. It’s shocking and hurtful.’

Jamelia herself was brought up by her mother Paulette Davis, but her natural father Donald Williams is an armed robber who has been to jail at least five times. She was brought up by stepfather Asher Beckford.