But the filmmaker says his family have come around to loving Pandora just in time for the release of this week's Avatar: The Way of Water, which is due to be followed by three further sequels.

"I've got five [kids], they're all different ages and they're not necessarily big fans of the first Avatar. 'That's dad's thing,' you know what I mean. But they do like the new film," Cameron told Yahoo UK (watch above).

As Cameron, 68, explains, Way of the Water focuses not just on returning heroes Jake Sully (Sam Worthington) and Neytiri (Zoe Saldana), but on their relationship with their children. Fifteen years after the events of the first movie, Jake and Neytiri are now parents to sons Neteyam (Jamie Flatters) and Lo'ak (Britain Dalton), as well as daughter Tuk (Trinity Jo-Li Bliss) and adopted teenage daughter Kiri (Sigourney Weaver, returning in dual roles).

The story follows the Sully family as they flee their home in the wake of the renewed threat of Quaritch (Stephen Lang) and the other "sky people," with parents and children adjusting to a new life with a seafaring tribe called the Metkayina. 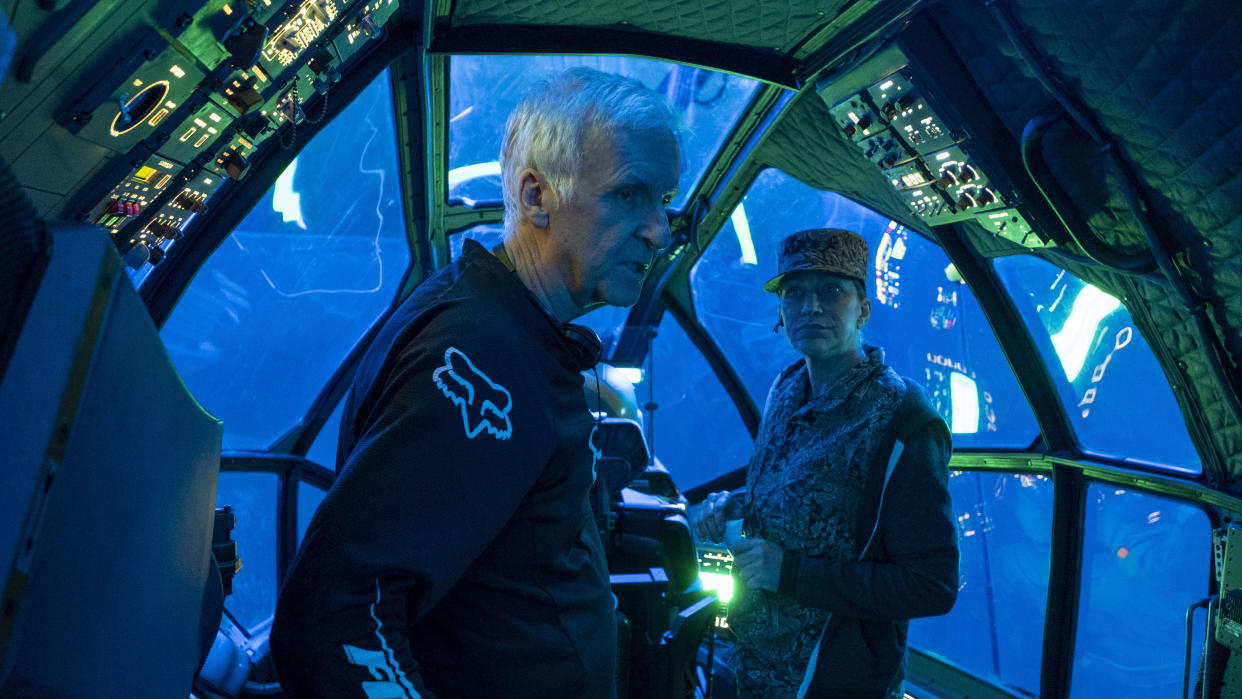 "It's more kid-focused, and I don't mean that in some insulting way like [it's for] 7-year-olds. This is about teenagers and that deeply anxious, kind of chaotic time in our lives," Cameron says. "I remember it from when I was that age and I remember it as a father from when my kids were that age … That's what I wanted to write about."

Read more: Sigourney Weaver has read all of the Avatar sequel scripts

Cameron said he was keen not to just tell the story from "the father's perspective," but to get some insight into how the young characters were feeling as well. 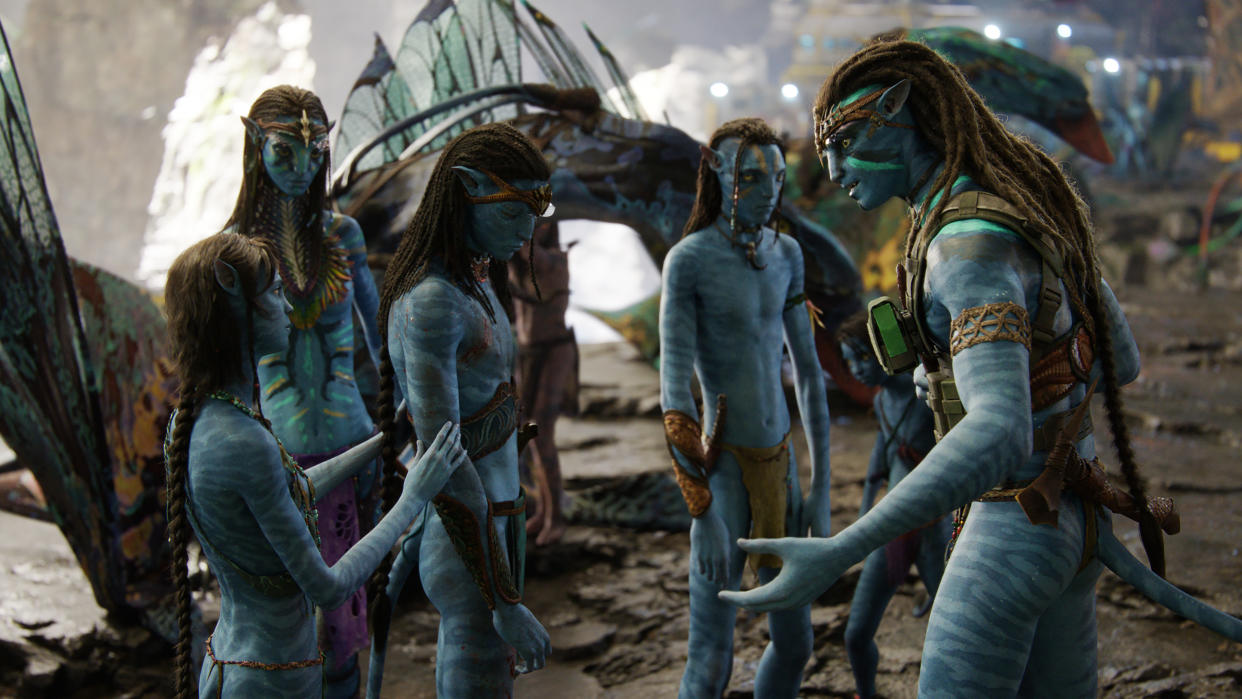 "One of the unexpected swerves is we just go off in the middle of the movie and follow Lo'ak and Kiri. Jake and Neytiri kind of recede for the moment, then it all comes back together in the third act," Cameron says.

Cameron consciously decided not to recap the original film's key plot points in The Way of Water.

"Even if you don't know or remember the specifics of what happened in the first film, this is kind of its own story so I'm not that worried about it," says the director.

Read more: Worthington and Saldana on returning to Avatar filming

With the addition of younger characters to The Way of Water comes a selection of cast members who were very young when the first film dominated Hollywood and became the highest-grossing movie ever made.

Trinity Bliss — the youngest of the newbies, as Tuk — was born in the same year that Avatar hit screens, but has since formed an intense bond with the material. 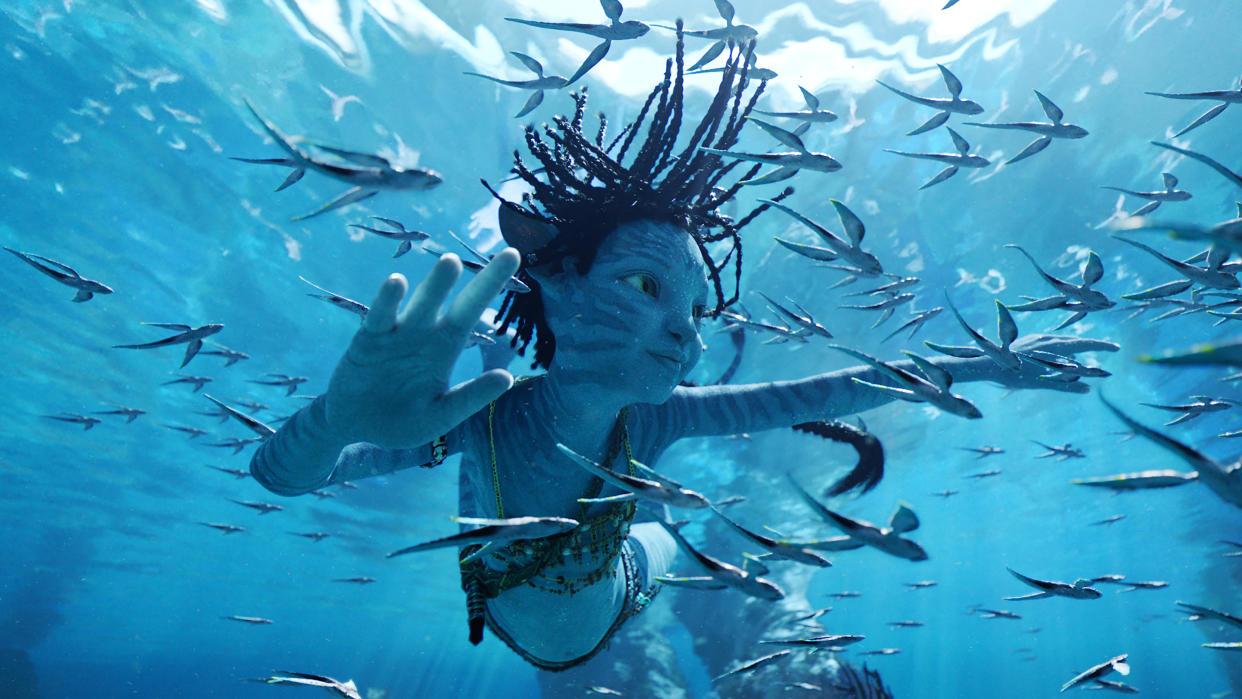 "All of my family had gone to see it. They loved it and I got to hear about all of their experiences later on, but the first time I finally watched it was auditioning," she says.

Adds Bliss: "I just watched it over and over again. I couldn't get enough of this beautiful world of Pandora. It became one of my favorite movies and still is to this day. When the re-release came out, I watched it three times in one week — once IMAX, twice 3D."

Read more: The CGI boundaries pushed by Avatar: The Way of Water

Bailey Bass joins the cast of The Way of Water as Tsireya — a young member of the diving Metkayina Na'vi clan with whom the Sully family find refuge.

"I remember my mom watching [the first film] in the living room and I saw glimpses but didn't really understand what was going on," she says. "I was 6 when it came out and eight when I saw those little clips.

"When I was 12 and they flew the last of people that were auditioning out to L.A., we sat in a room and watched it in 3D." 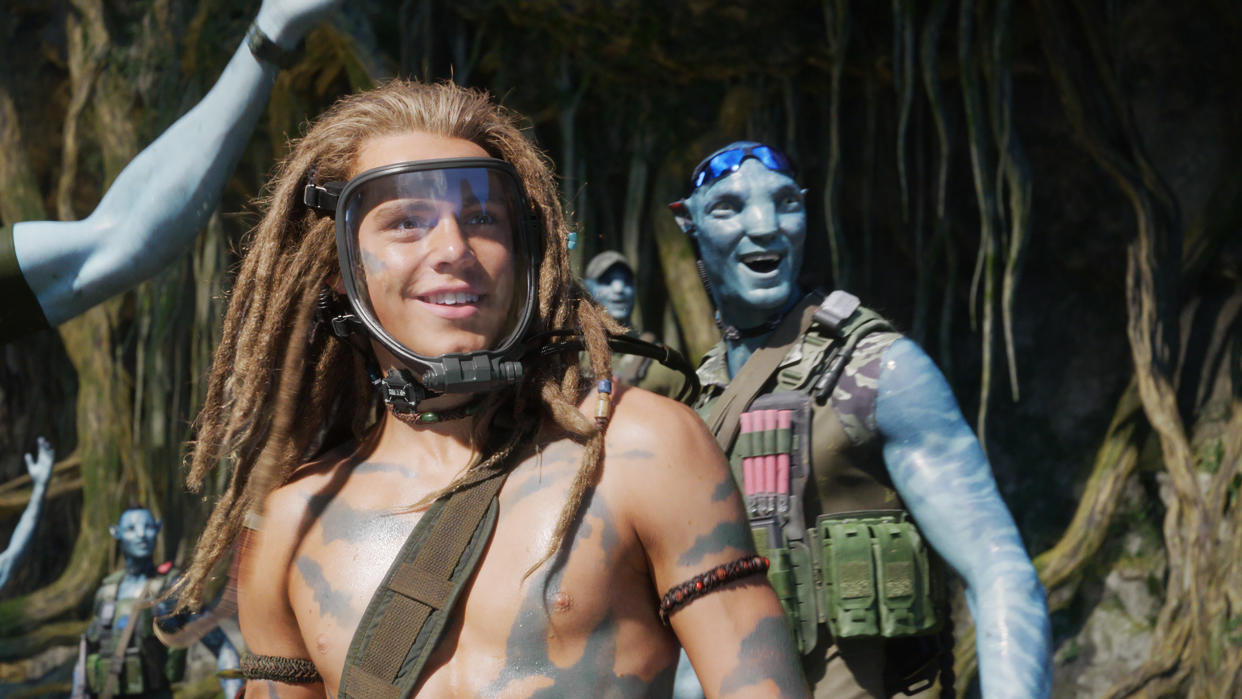 Jack Champion, who plays human teenager Spider in the movie, is 18 now and said he "remembers glimpses" of Avatar from his childhood.

"When I learned I was auditioning for Avatar 2, I obsessively watched it for like a month straight. I was just locked in tunnel vision.

Read more: First reactions to The Way of Water are full of praise

"I got to the point where I was correcting Jim about stuff. He was like 'Can we get a Banshee?' And I was like, 'It's actually called an ikran.' He was saying it wrong."

Presumably Cameron's children haven't quite reached Champion's standard yet, but maybe that will change after The Way of Water.