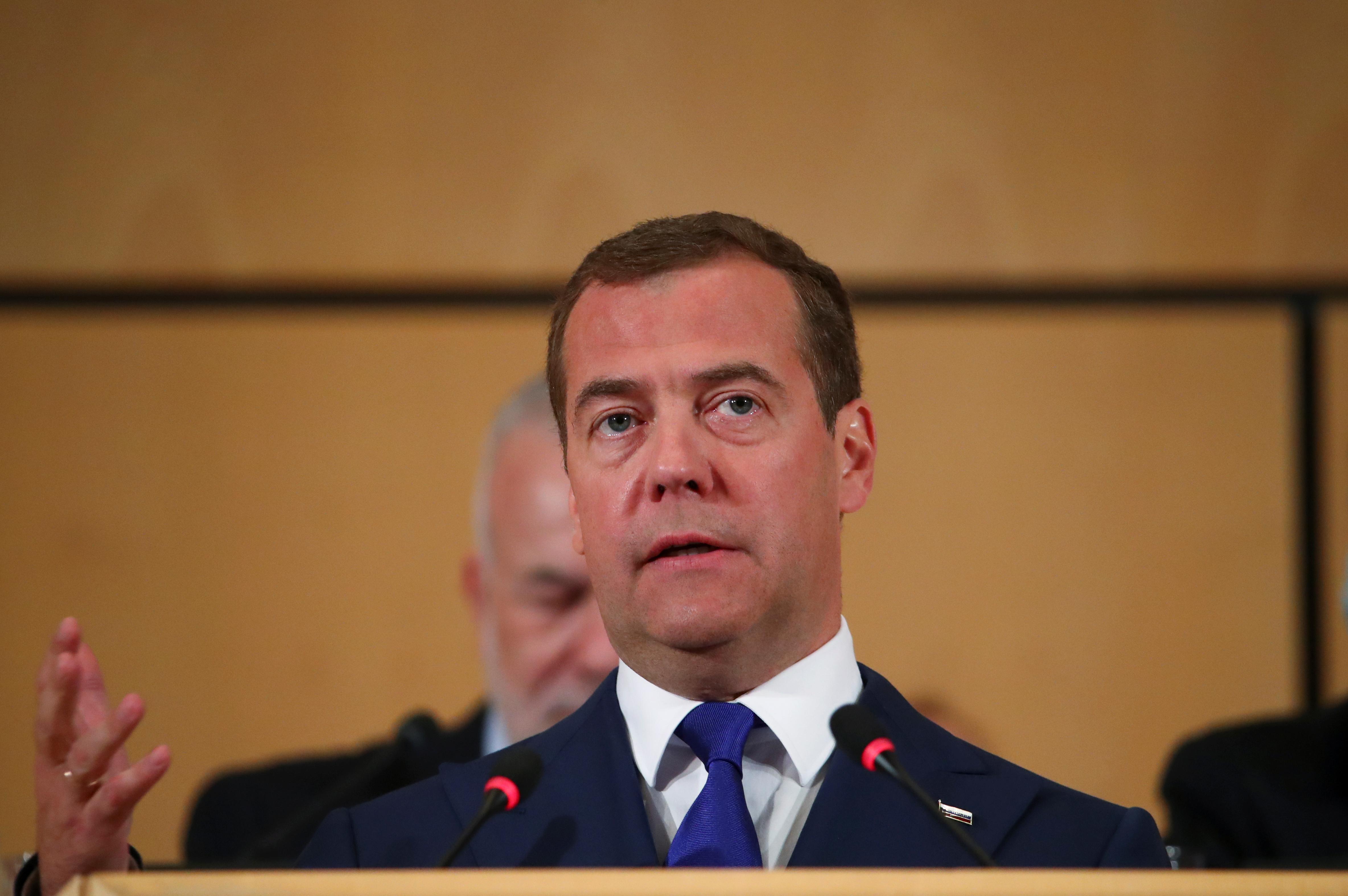 In his first visit since 2015, Medvedev traveled to one of four Russian-held islands off Japan’s northern region of Hokkaido, known as Iturup in Russian and Etorofu in Japanese, despite protests from Tokyo ahead of the visit.

Japan claims the islands, which it calls the Northern Territories. They were invaded by the then Soviet army in the waning days of World War Two.

Visits like Medvedev’s are incompatible with Japan’s position on the Northern Territories and hurt the feelings of its people, the Ministry of Foreign Affairs said in a statement.

“We strongly urge the Russian side to take constructive measures to further advance Japan-Russia relations, including the issue of the conclusion of the peace treaty,” it added.

Medvedev has visited the islands before, but this week’s trip could impede talks towards a peace treaty and joint economic activities there.

It comes barely a month after Russian President Vladimir Putin said the neighbors had moved towards establishing such activities.

Medvedev said he was unconcerned by Tokyo’s protest, however. “This is our land…What grounds could there be for our concern?” the RIA news agency quoted him as saying.

The territorial row over the island chain has prevented a formal peace treaty between the two countries.

At a conference in the Russian city of Vladivostok last September, Putin caught Japanese Prime Minister Shinzo Abe off-guard when he suggested signing a peace treaty by year-end “without any pre-conditions”.

Although Abe rejected that proposal, he vowed in January to push for a treaty at a meeting with Putin that month, but progress has proved elusive.

Putin and Abe met on the sidelines of G20 meetings in the western city of Osaka on June 29 and discussed the treaty as well as economic activities on the islands, which Russia calls the Southern Kuriles.

Senior officials and political leaders from both countries have since held talks to discuss ways to end the decades-old territorial dispute and conclude the treaty.