Millions of people rushed to the bathroom in the Japanese capital as the national side went in for half time in their match against Colombia at the World Cup on Tuesday.

But the city’s waterworks bureau revealed on Friday that water use jumped by 24 per cent in Tokyo during the break, leading to near-catastrophic consequences. 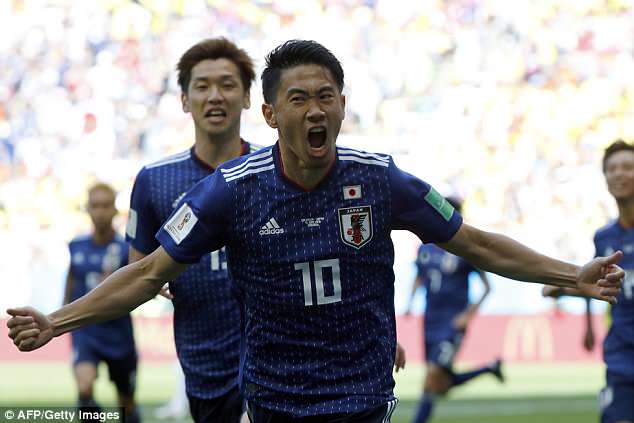 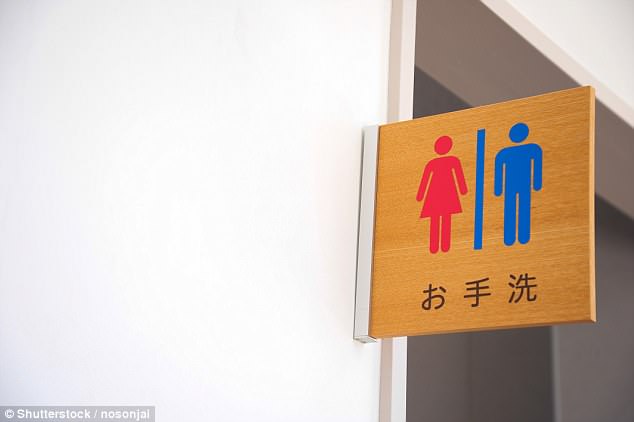 Flushed with joy after watching Yuya Osako bag a second-half winner for Japan against 10-man Colombia in Russia on Tuesday, jubilant fans made another dash for the loo at the final whistle, causing another spike of 50 per cent in water use.

‘We presume it’s because a lot of people holding off on a trip to the bathroom all went at once,’ a waterworks official told AFP.

‘Water use can fluctuate, especially during football matches, which only have one break in the middle,’ she added.

‘It also can be affected by a period of time, excitement and other factors.

‘We are ready to prepare for a stable water supply during the next match on Sunday.’

Japan now go on to play Senegal on Sunday – with officials in Tokyo saying they will be ready for the increased demand the fixture is expected to place on the city’s waterworks.

Nearly half of Japan’s 127 million-strong population tuned in to watch the 2-1 victory over Colombia on Tuesday.

The viewing rate for the fixture also hit a yearly high of 48.7 per cent in Japan, surpassing the 33.9 per cent marked when Japanese figure skating hero Yuzuru Hanyu won Olympic gold in February. 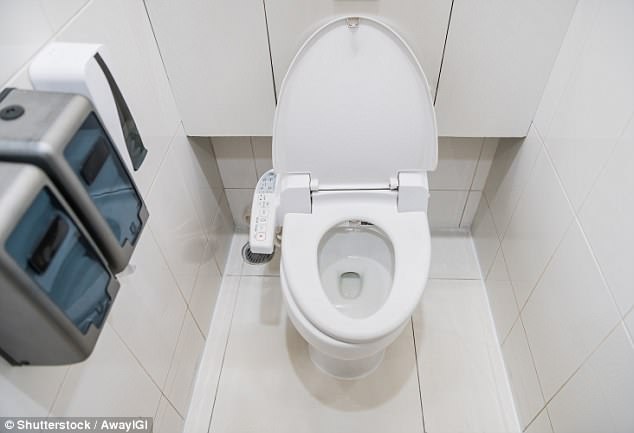 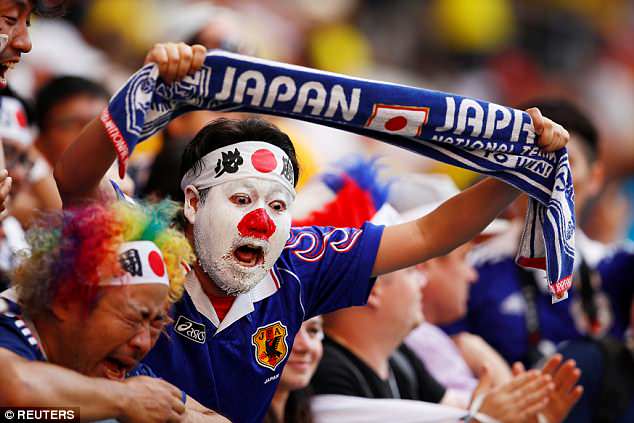 The viewing rate for the fixture also hit a yearly high of 48.7 per cent in Japan eclipsing the Olympics figures