A jealous student who beat his girlfriend ‘from head to toe’ at their luxury city centre apartment because she texted another man on WhatsApp has been jailed for 18 months.

Hartao Pan, 25, was captured on CCTV before he dragged 23-year-old Jinghan Zhang out of a cupboard at their flat in the Heron skyscraper in central London and launched into the ten minute assault.

Pan, whose father works for the Chinese government, repeatedly kicking her all over her body until she was left covered in scratches and bruises.

When she ran in terror into the bathroom and locked the door, he grabbed a knife and repeatedly stabbed the wooden panel in a scene compared to horror film ‘The Shining’. 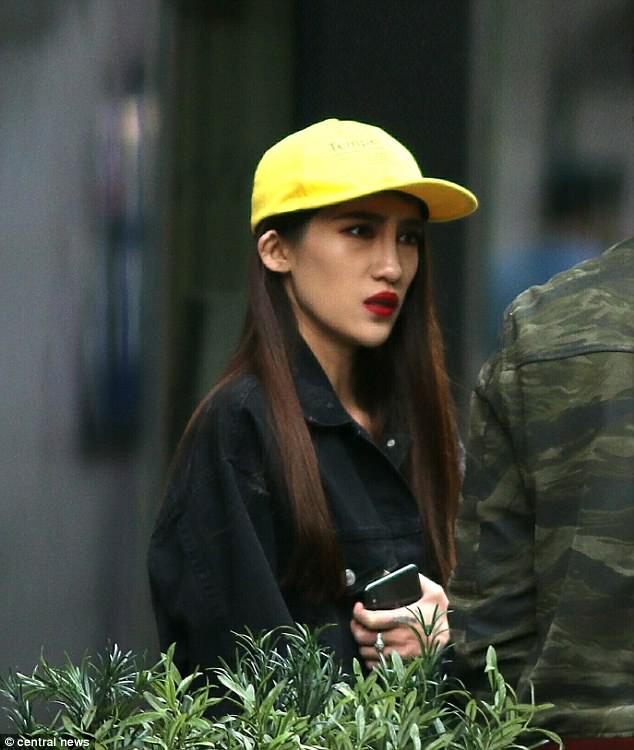 Jinghan Zhang, 23, was repeatedly kicking her all over her body until she was left covered in scratches and bruises, the Old Bailey heard

He was arrested after she managed to run out of the flat and tell a receptionist to call the police while Pan was distracted on the phone.

Ms Zhang, who is studying film at Goldsmiths University, has since given her support for her boyfriend by saying she still loves him and that the attack ‘did not have any real impact’.

The judge told the Old Bailey: ‘This is a stance the court often sees taken by women who have been attacked.

‘It was jealousy which apparently led him to viciously mount an attack on his girlfriend. 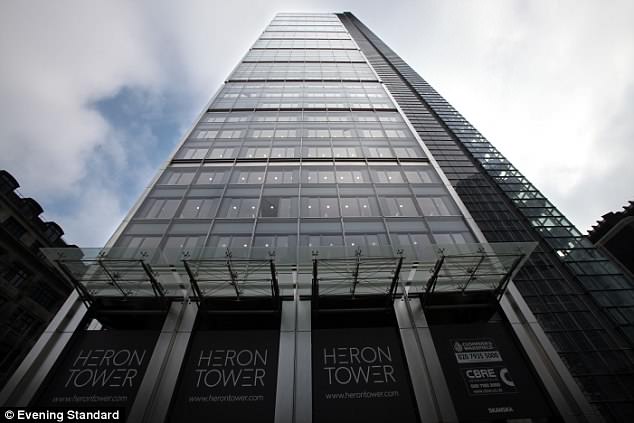 ‘The attack was a sustained one on a vulnerable victim in her own home.

‘To describe her injuries as being literally from head to toe would be to under-describe them.

‘The use of the knife demonstrates the level of his hostility and anger towards her which was undoubtedly fuelled by drink.

‘One can only imagine how scared she must have been when he began to stab the knife in the door panel.

‘This offence can only be dealt with his immediate sentence of imprisonment.’

The court heard the couple started going out as teenagers in China and came to the UK together to study for Masters degrees a year ago.

Ms Zhang was studying film making at Goldsmiths while Pan had just started his course in environmental studies after spending a year learning English.

Pan’s university fees and rent at The Heron were paid for by his uncle, who owns a restaurant in China, and his father, described in court as a ‘team leader’ with a responsible job in the Chinese government.

On April 1 this year the couple had been out with friends to a Japanese restaurant before returning to their apartment to continue drinking at around 11pm.

At around 10.30am the next morning CCTV cameras capture Miss Zhang running out of the apartment to a cleaning cupboard followed by her boyfriend.

‘He appears to be dragging her from the cupboard by one arm and takes her to the flat,’ said prosecutor Sherry Nabijoo.

Ms Zhang later told police that Pan began kicking her while she was on the phone in the bedroom.

The prosecutor said: ‘He kicked her in both legs, more than once in the side of her face, he smashed glasses around her on the floor.’

She managed to distract him and ran to the bathroom to lock herself inside.

Pan then told her he had a knife and threatened to use it to open the door and cut her clothes and shoes.

He then stabbed the door 12 or 13 times, although he only caused dents to the wooden panel.

Referencing the scene in The Shining where Jack Nicholson burst through a bathroom door using an axe to say ‘Here’s Johnny’, defence barrister Stuart Dingle told the court: ‘We aren’t in a Shining moment.’

Ms Zhang said that she waited until she heard Pan on the phone and snuck out of the bathroom and the flat to go and get help.

She suffered bruises on her arms, legs, back and head.

‘There is not an area which does not have grazing or bruising’, said Ms Nabijoo.

Pan told police: ‘I’m sorry I was drunk’ before claiming he was acting in self defence.

He later explained to a probation officer that he saw his partner texting on her phone to another man using Whatsapp and assumed it was a love interest because she refused to show him it.

Pan claimed he became ‘frantic’ when she locked herself in the bathroom because he feared she might fall unconscious and hit her head while drunk.

Ms Zhang sat in court throughout the sentencing hearing.

Pan, of The Heron, Moorgate, central London, pleaded guilty to actual bodily harm at an earlier hearing at the magistrates court.

He was sentenced to 18 months imprisonment.