Jean-Claude Juncker has called on Europe to combat ‘small-minded nationalism while there is still time’ as next year’s European Parliament elections draw closer.

Far-right and populist parties could make strong gains at the 2019 elections following a series of recent successes including in Italy, Germany and Sweden.

In a speech in Vienna today the European Commission chief recalled the rise of Hitler during the 1920s and 1930s and said: ‘We must stand up’.

‘The danger looming from the right can easily gain ground when mindless populism and small-minded nationalism are paving the way,’ he said. 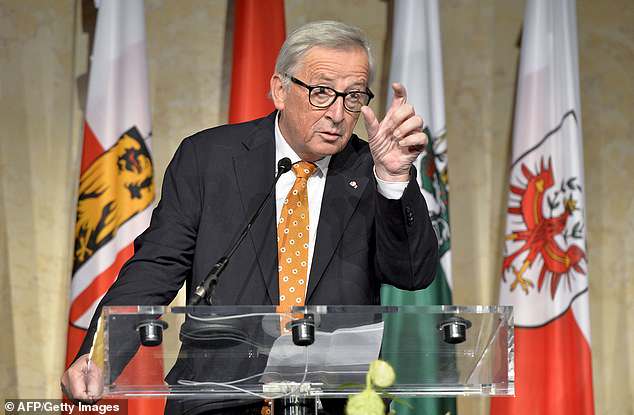 Jean-Claude Juncker, pictured today, has called on Europe to combat ‘small-minded nationalism while there is still time’ as next year’s European Parliament elections draw closer

‘We must stop it while there is still time,’ he said, during a visit to Vienna to mark the centenary of the Republic of Austria’s founding.

Juncker said he understood Eurosceptics, saying: ‘There are plenty of people who aren’t opposed to Europe in principle, but who have legitimate questions about it.’

The European Commission chief said it was necessary to hold debates and discussions and to exchange views with people, rather than ignore their concerns.

‘We must remember that democracy in its noblest sense requires fight, rebellion and commitment,’ he said.

Millions of people in 27 countries will go to the polls in May next year, although the UK will not take part because of its departure from the EU.

Juncker said last year he would not seek a second term as head of the Commission, who is chosen indirectly through the European Parliament.

Earlier this week Juncker issued a fresh warning to Theresa May that there must be agreement on the Irish border if she wants a Brexit deal.

Addressing the European Parliament in Strasbourg he said the EU still wanted an agreement but would not compromise on key principles.

He said: ‘We will have an interesting meeting as far as Brexit is concerned. We want to have a deal.

‘Those who think a no-deal would be a better solution are not aware of the difficulties such a scenario would imply.

‘When it comes to the border between the Republic of Ireland and Northern Ireland, we are sticking to the point of view we have expressed so many times – Ireland first.’ 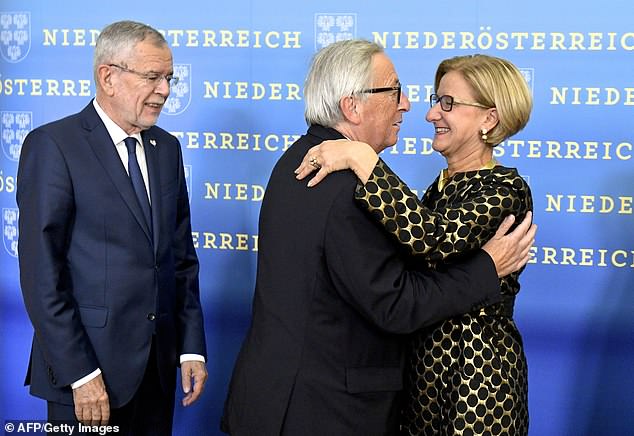