THE passenger of a blue Jeep that sped through a crowd of Black Lives Matters protesters in Colorado has said the driver was headed to the airport.

A man has since been arrested for attempted murder after allegedly shooting and wounding two protesters while aiming at the jeep. 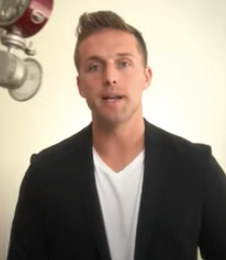 Gregory Goodenough was a passenger in the car which raced through a group of protesters on July 25, after being re-routed by Google Maps.

The 27-year-old posted a YouTube video explaining the turn of events, which he says begun when he and a friend, who was driving the Jeep, got lost on the way to the airport.

“We did notice that there were Black Lives Matter protesters on all sides of the street trying to stop traffic," he said in the video.

"We then avoided any pedestrians in the roadways and continued onto the freeway. There was no police barricade that stopped us,” he said. 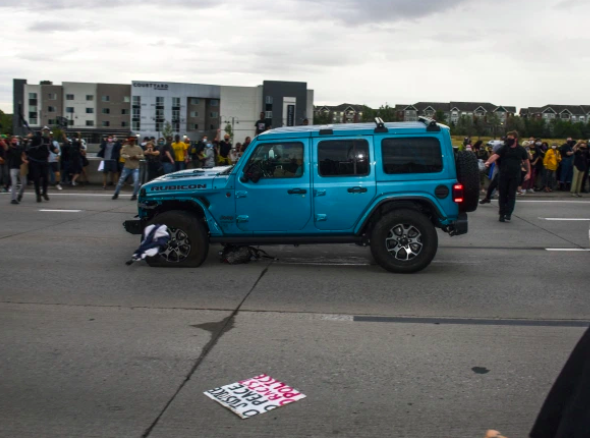 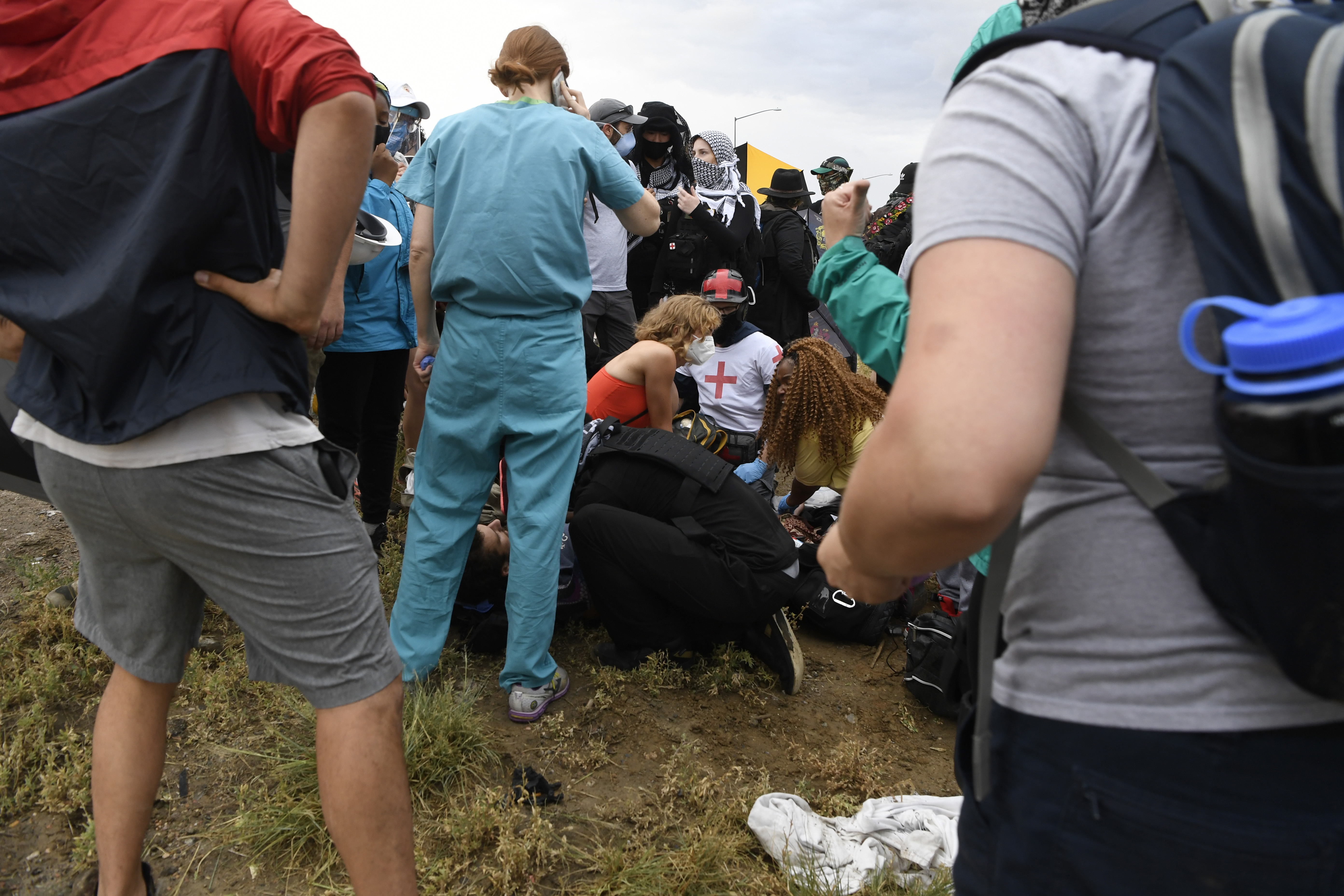 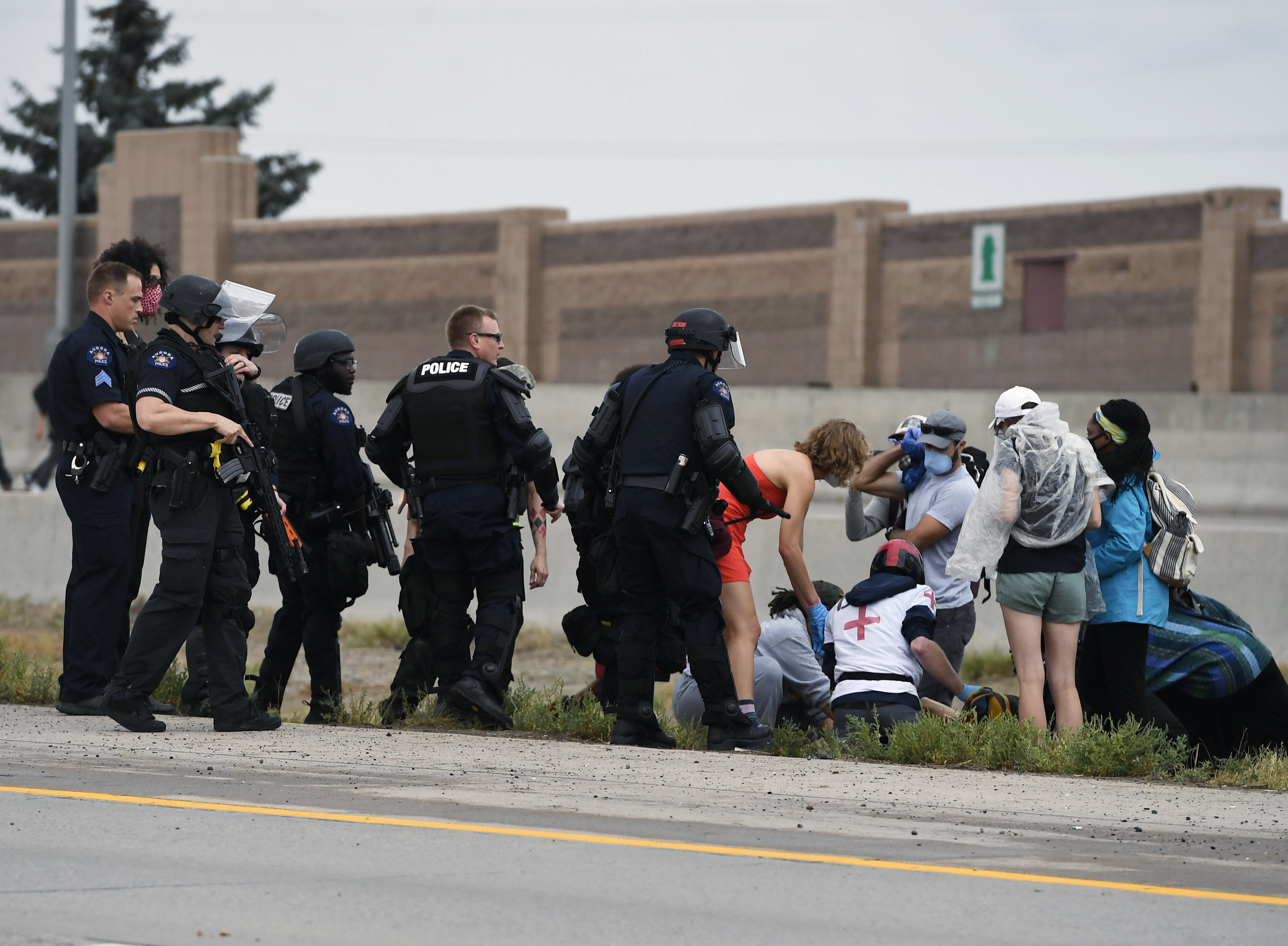 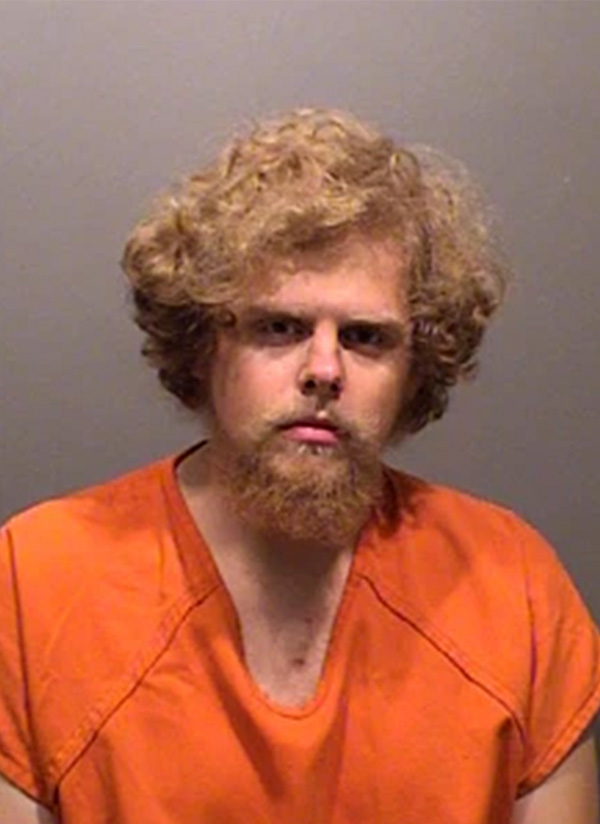 “These protesters then immediately started throwing projectiles at the Jeep as well as trying to get in front of the vehicle with bats to damage the vehicle,” he said.

Then he explains a white pickup truck began driving next to the Jeep and eventually the cars were involved in a collision.

“Once this white pickup truck did crash into us, a man with a bat then approached the vehicle and began swinging at the vehicle,” Goodenough continued.

“We then proceeded to speed off to avoid any potential damage to ourselves and the vehicle.”

A GoFundMe account was created in Goodenough's name with a picture of the Jeep. It had raised $5 before it was deactivated.

Goodenough said seven shots were fired at the Jeep.

Samuel Young, a 23-year-old who was protesting at the rally, was taken into custody on Monday, after allegedly raising a rifle, aiming at the Jeep and opening fire.

The shots missed the vehicle and stuck two male protesters, one in the leg and grazed another's head.

According to Aurora's Deputy Chief Harry Glidden, "It was the most reckless thing I have seen in a long time."

Young is scheduled to appear in court on Wednesday and is facing four counts of attempted murder.

No one was struck or sustained any injuries from the vehicle, however investigators are still trying to determine why the driver drove into the crowd.

Protesters gathered to demonstrate the death of Elijah McClain, a black man who died when stopped by police in Aurora last year.

The identity of the driver has not been released and has yet to be arrested.

Police have further condemned Young's actions as irresponsible, criticizing his handling of the weapon.

"It's the height of somebody doesn't know how to handle a firearm," Glidden said. "it's not the place to pull a gun and randomly shoot it."