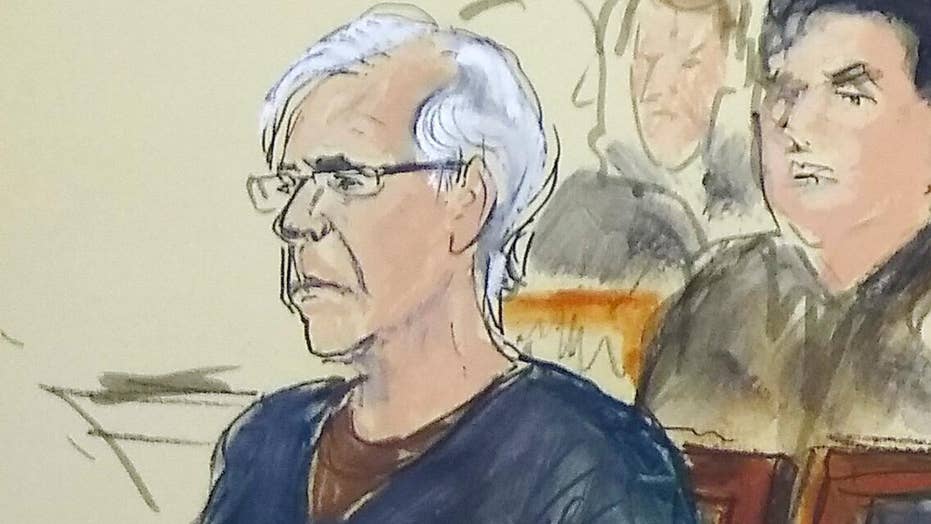 How did Jeffrey Epstein accumulate his wealth?

During a two-hour bail hearing on Monday, prosecutors used the passport to bolster their argument that Epstein was a flight risk. Assistant U.S. Attorney Alex Rossmiller said the passport photo appeared to be Epstein, but the name on the document was different and placed the holder's home address in Saudi Arabia.

In response, Epstein's attorneys said the passport was Austrian and expired 32 years ago.

"The government offers nothing to suggest – and certainly no evidence – that Epstein ever used it,” they wrote in the filing, addressed to U.S. District Judge Richard Berman. "In any case, Epstein – an affluent member of the Jewish faith – acquired the passport in the 1980s, when hijackings were prevalent, in connection to Middle East travel.

"The passport was for personal protection in the event of travel to dangerous areas, only to be presented to potential kidnapers [sic], hijackers or terrorists should violent episodes occur."

In a letter sent to Judge Berman on Tuesday, Manhattan U.S. Attorney Geoffrey Berman (no relation) wrote that the government is trying to find out how Epstein obtained the foreign passport and whether it is genuine or fabricated.

“The defendant’s possession of what purports to be a foreign passport issued under an alias gives rise to the inference the defendant knows how to obtain false travel documents and/or assume other, foreign identities,” he wrote in the filling. “This adds to the serious risk of flight posed by the defendant."

Judge Berman is expected to rule Thursday on whether Epstein, 66, should be detained until trial on charges that he recruited and abused dozens of underage girls in New York and Florida in the early 2000s. Epstein has pleaded not guilty.

In addition to the passport, investigators also discovered diamonds and cash in the safe during the raid of Epstein's Upper East Side mansion following his July 6 arrest.

On Tuesday U.S. Attorney Geoffrey Berman said in a filing that “the Government has learned that the safe contained more than $70,000 in cash. In addition, the safe contained 48 loose diamond stones, ranging in size from approximately 1 carat to 2.38 carats, as well as a large diamond ring …  Such ready cash and loose diamonds are consistent with the capability to leave the jurisdiction at a moment's notice."

JEFFREY EPSTEIN HAD MYSTERIOUS PASSPORT, 'PILES OF CASH,' AND 'DOZENS OF DIAMONDS' IN HOME SAFE: PROSECUTORS

Epstein's safe was also where hundreds of photos "of what appeared to be underage girls" were discovered after his arrest, prosecutors said. In addition to the disclosure of what was in the safe, prosecutors said their case is getting "stronger by the day" after several more women contacted them in recent days to say he abused them when they were underage.

In a written submission to Berman  Friday, prosecutors said they believe Epstein might have tried to influence witnesses after discovering that he had paid a total of $350,000 to two individuals late last year. That came after the Miami Herald reported the circumstances of his state court conviction in 2008, which led to a 13-month jail term and a deal to avoid federal prosecution.

“The defendant cannot meet his burden of overcoming the presumption that there is no combination of conditions that would reasonably assure his continued appearance in this case or protect the safety of the community were he to be released,” he wrote in the filing.