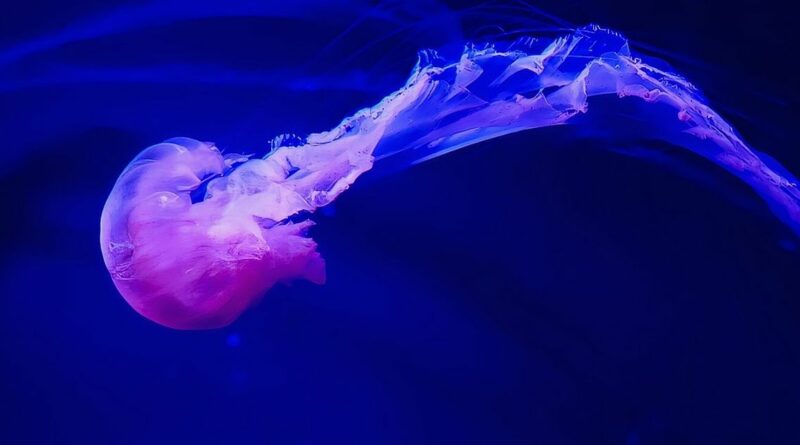 A nuclear power station in Scotland had to be shut down this week after a swarm of jellyfish clogged its water intakes – and it’s the second time it’s happened.

So from now on they’re going to protect the reactor with drones.

Both reactors at Torness power station, on the coast near Dunbar in East Lothian, had to be shut down after a huge number of jellyfish — often called an "invasion" — were found on the screens that filter animals, seaweed and other obstructions out of seawater.

A similar emergency shutdown took place in 2011, when operators at Torness became concerned about reduced cooling water flows as a result of the jellyfish invasion.

A spokesperson from operators EDF said at the time: “"This was a precautionary action and the shutdown cooling systems performed in a satisfactory manner and both reactors were safely shut down.

“At no time was there any danger to the public,” they stressed. “There are no radiological aspects associated with this event and there has been no impact to the environment."

But EDF aren’t going to let it keep happening.

They’ve taken on a commercial drone company called RUAS to patrol the sea around Torness to spot the jellyfish before they become a problem.

RUAS filed an application to fly the drones, which states that when the jellyfish swarm around the power station “the reactor overheats due to the lack of water intake which cools the reactor, creating the need for the reactor to be shut down entirely as an emergency procedure.

"This has implications when they need to reactivate the reactor which is costly and time consuming.”

Stay in the loop with all the latest Daily Star news by signing up to one of our free newsletters here.

Monica Rivas Casado, a senior lecturer in environmental monitoring, told The Bulletin of the Atomic Scientists: “The successful operation of [drones] will enable us to detect threats from marine ingress at an earlier state and prevent disruption to the power plant.”

It’s not clear why jellyfish swarms tend to cluster around nuclear power plants. One study suggests they may be attracted to the warmer water around the plant’s discharge outlets.

Jellyfish numbers are on the rise generally, too, because they’re more tolerant of the general decline in oxygen levels caused by pollution and climate change.