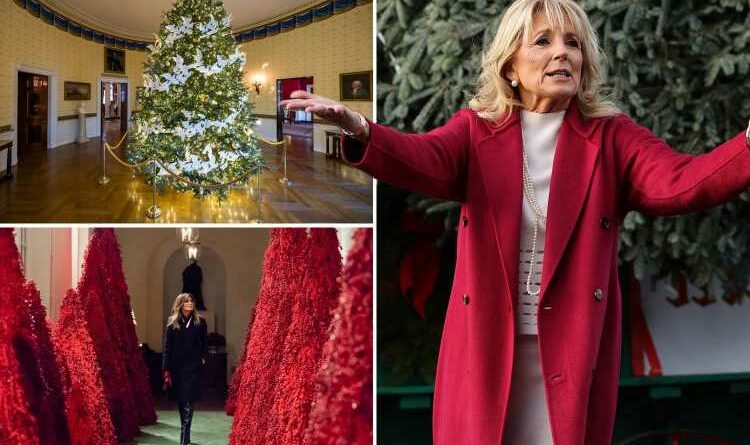 The First Lady unveiled the official White House Christmas tree glowing in the Blue Room as she shared a snap with the millions of Twitter followers Monday. 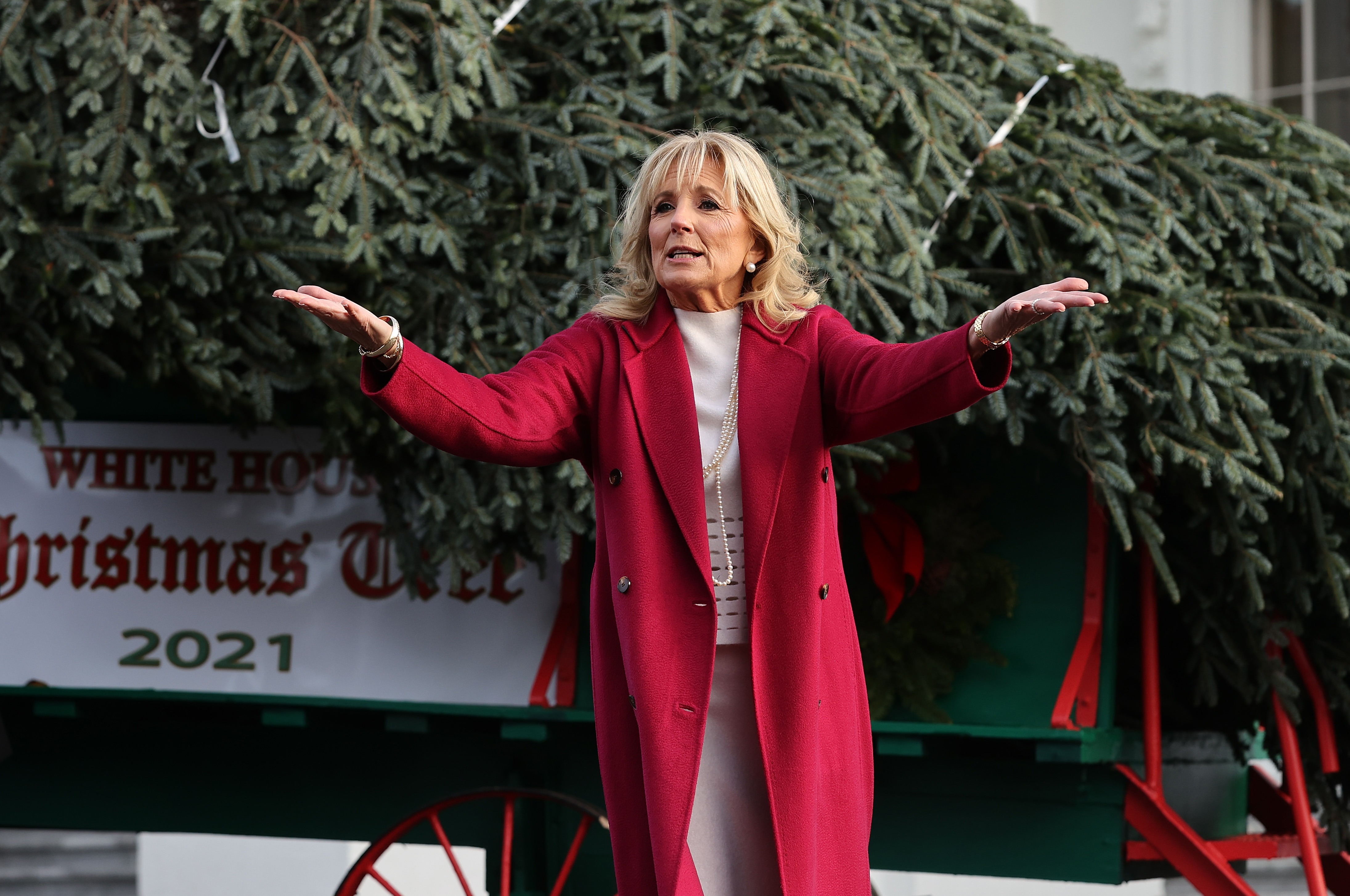 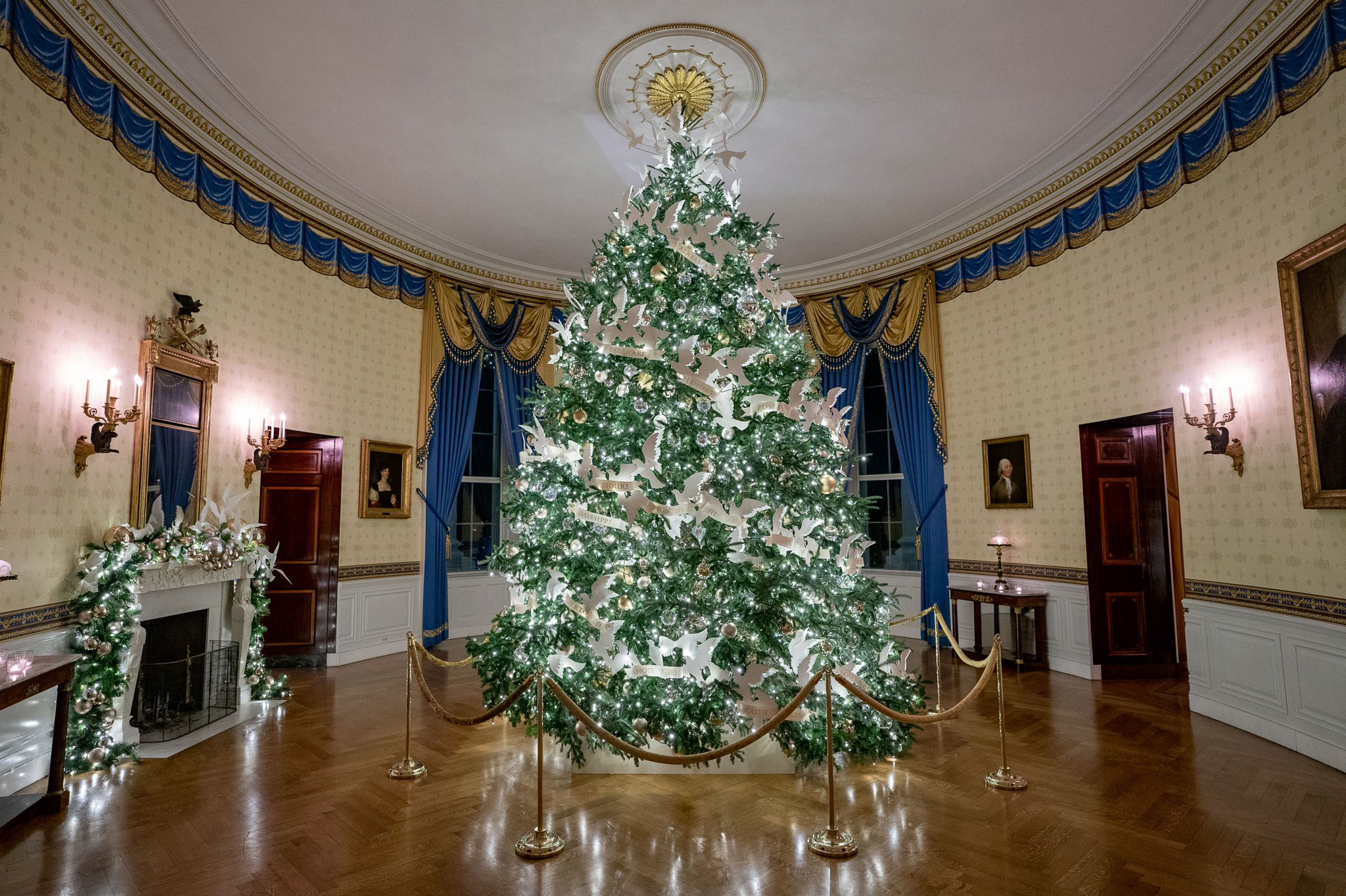 The fir is covered in white doves bearing the names of US states in alphabetical order.

Some Twitter users asked “where are the colors?” while others branded the centerpiece “boring”.

One person said: “Where’s the color? Looks like a giant tree with night lights over it.”

Another commented: “That tree is ugly.”

Meanwhile, other Twitter users were more sympathetic as they branded the design “refreshing”, while some said it marked the return to a “normal Christmas”.

One said: “Refreshing to see a tree in that house that isn’t gaudy or macabre. Thank you!”

Another posted: “Finally a gorgeous display. Back to elegance.”

While a third commented: “Beautiful, Dr Jill. Thank you.”

Some social media users appeared to be fans of Melania's Christmas displays as they reminisced.

One fan wrote: “Melania brought class to the WH,” while another said: “I know I am going to miss Melania’s stunning decorating skills.”

Melania’s final White House Christmas display dubbed “America the Beautiful” was toned down and featured an array of red, white, and gold decorations.

But, in 2018, the cone-shaped, crimson trees that lined the White House corridors went viral online as they were compared to car washes.

“Gifts from the Heart” is the theme of Joe Biden’s first White House Christmas.

In their commemorative 2021 White House holiday guidebook, the Bidens wrote: “The things we hold sacred unite us and transcend distance, time, and even the constraints of a pandemic: faith, family, and friendship; a love of the arts, learning, and nature; gratitude, service, and community; unity and peace.

There is a huge gingerbread White House that recognizes the efforts of frontline workers throughout the Covid-19 pandemic.

'GIFTS FROM THE HEART'

The executive mansion, including the Oval Office, was decorated with 41 Christmas trees, 2,000 yards of ribbon, and more than 10,000 ornaments while the Bidens were celebrating Thanksgiving.

The Bidens said: "As we celebrate our first holiday season in the White House, we are inspired by the Americans we have met across the country, time and again reminding us that our differences are precious and our similarities infinite."

The arrival of the White House Christmas tree marks the start of the holiday festivities.

In 2018,  Melania was caught on hot mic blasting critics over child migrants and saying, "who gives a f**k about Christmas decorations."

She was secretly recorded by her ex-pal Stephanie Winston Wolkoff, who worked as an unpaid aide in the East Wing until being let go.

The ex-first lady was heard complaining to Wolkoff about reporters who questioned her about former President Donald Trump’s policy of separating kids from families who crossed the US border with Mexico illegally.

In the recording that was obtained by CNN, she said: "They say I'm complicit. I'm the same like him, I support him. I don't say enough I don't do enough where I am.

In the audio, Melania continued: "OK, and then I do it, and I say that I'm working on Christmas and planning for the Christmas, and they said, 'Oh, what about the children that they were separated?'

“Give me a f***ing break. Where they were saying anything when Obama did that? I can not go, I was trying get the kid reunited with the mom. I didn't have a chance – needs to go through the process and through the law." 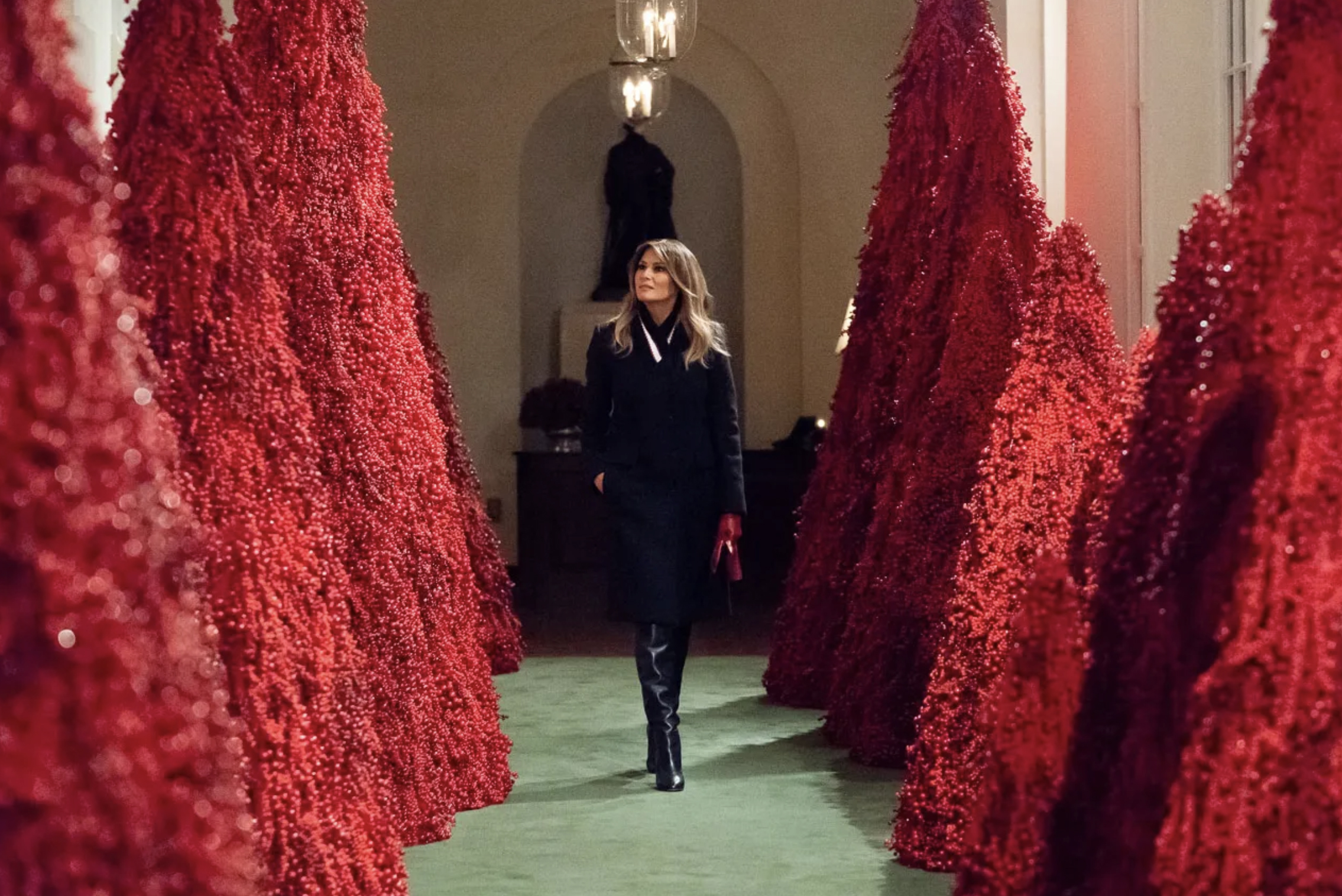 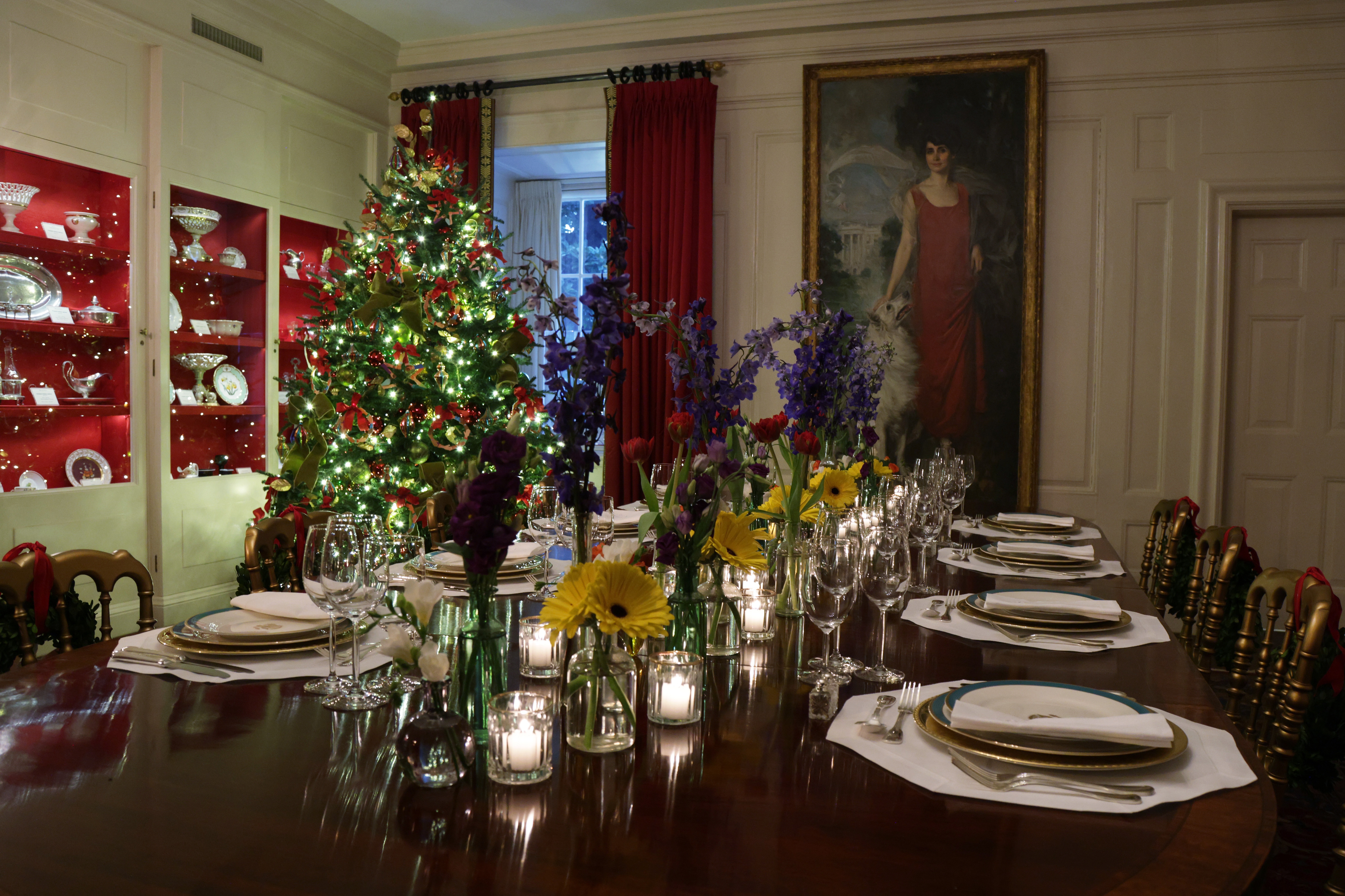 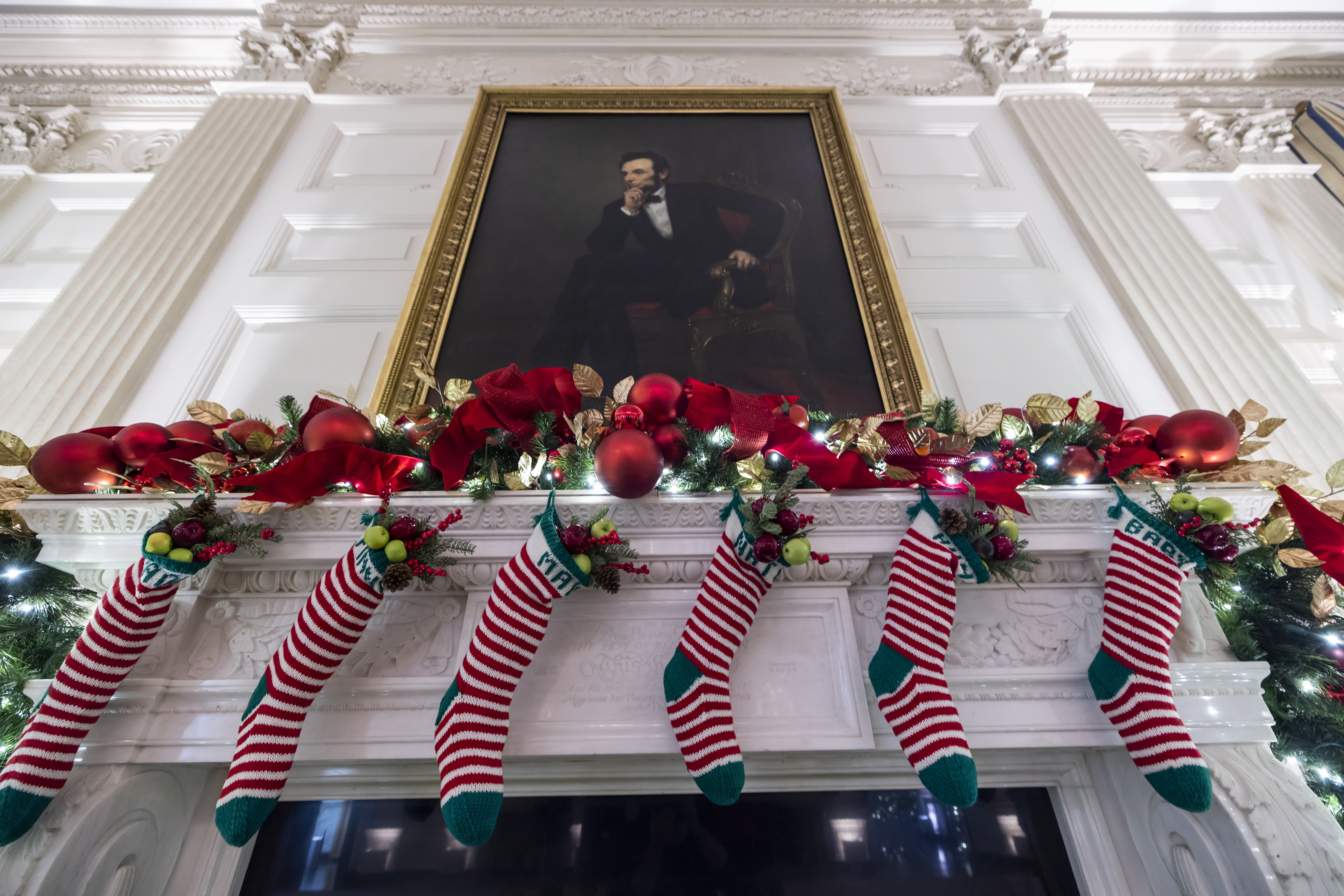