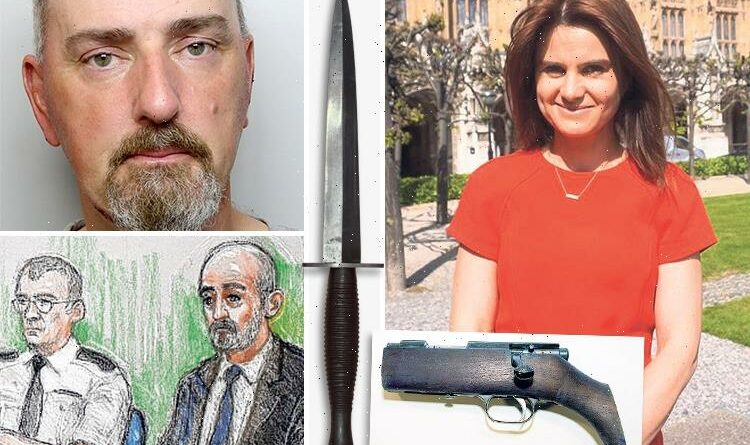 The mum of two suffered knife wounds to her heart, lungs, stomach and liver before being blasted three times through her hands with a sawn-down gun as she tried to protect her head. 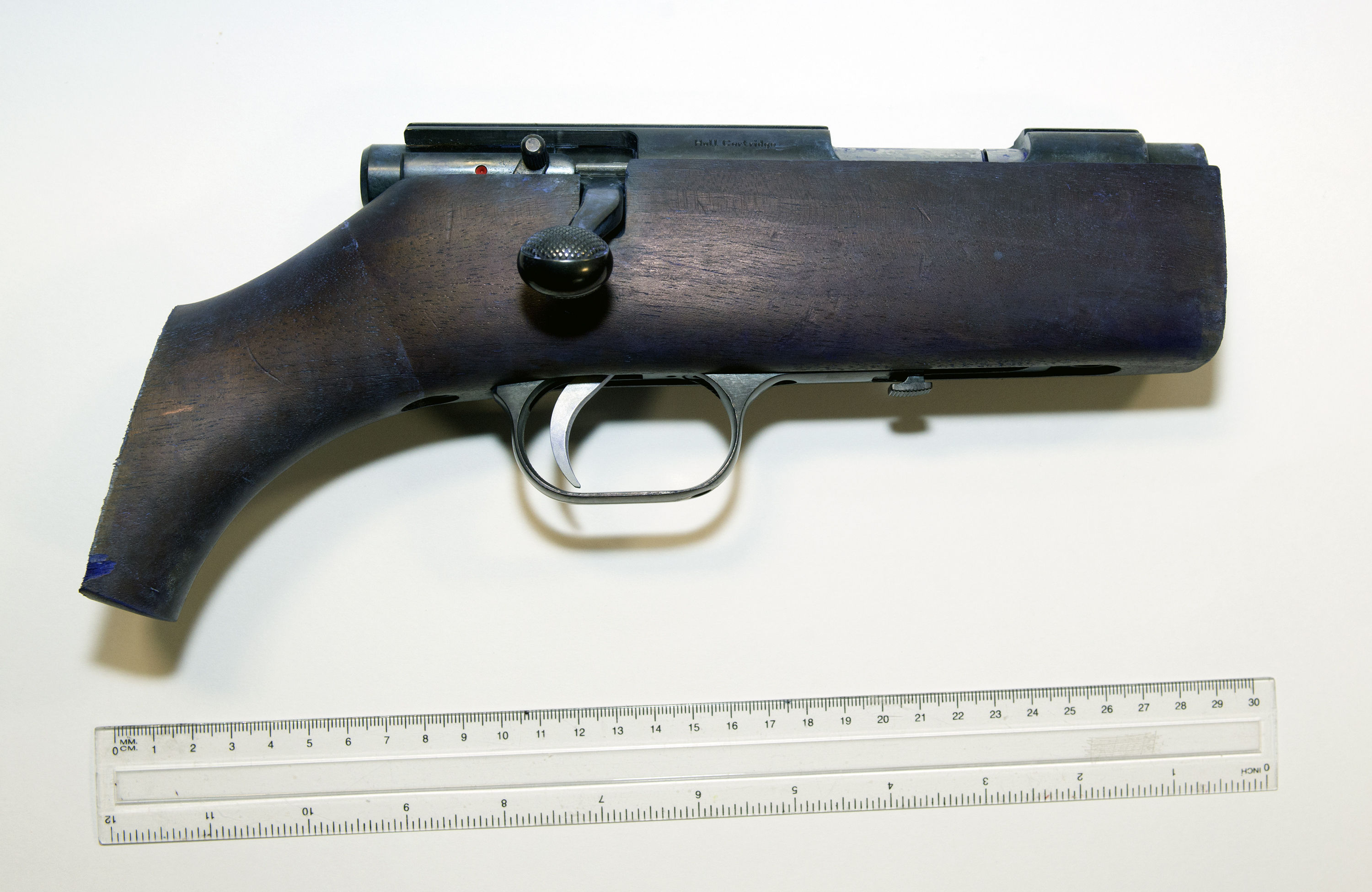 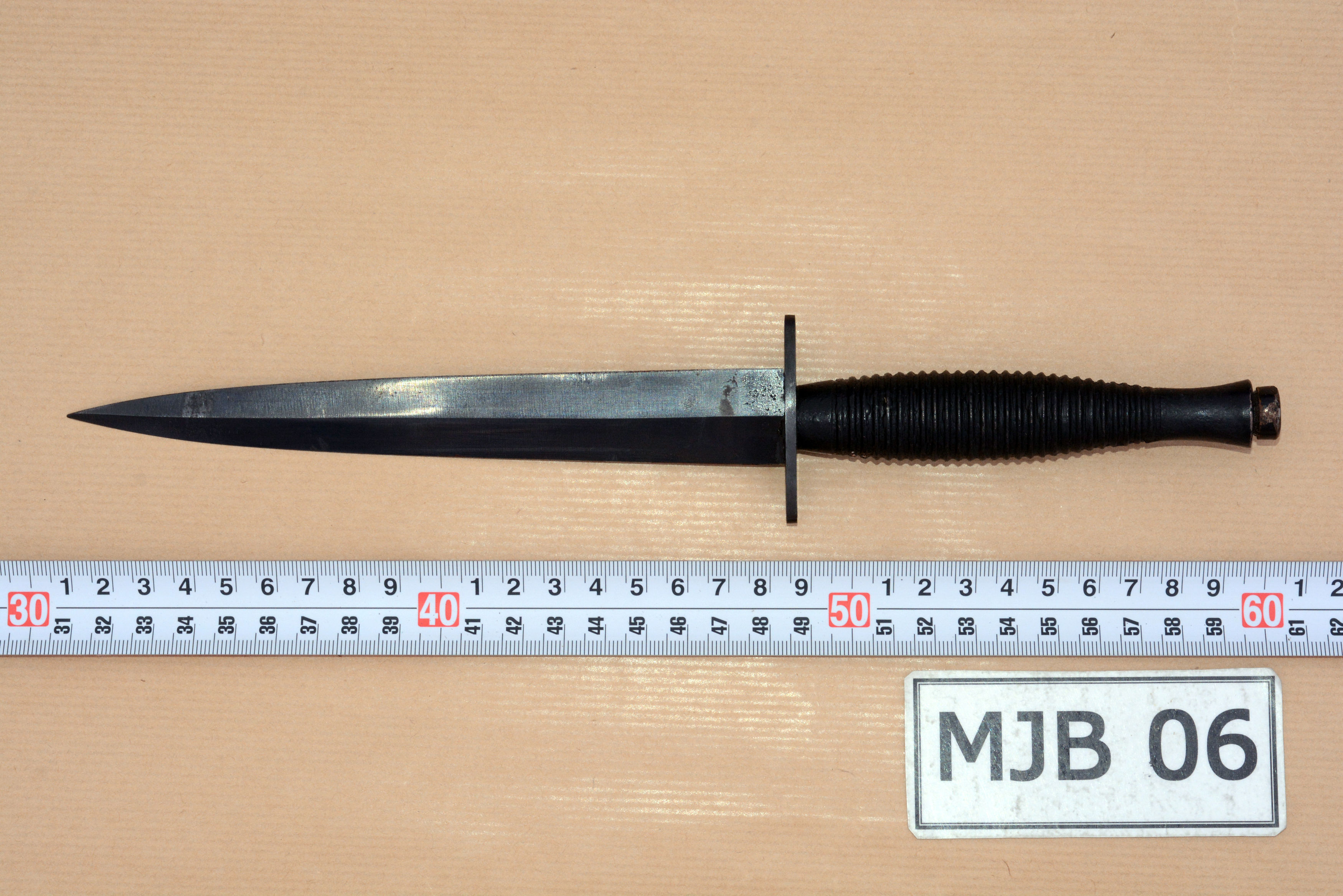 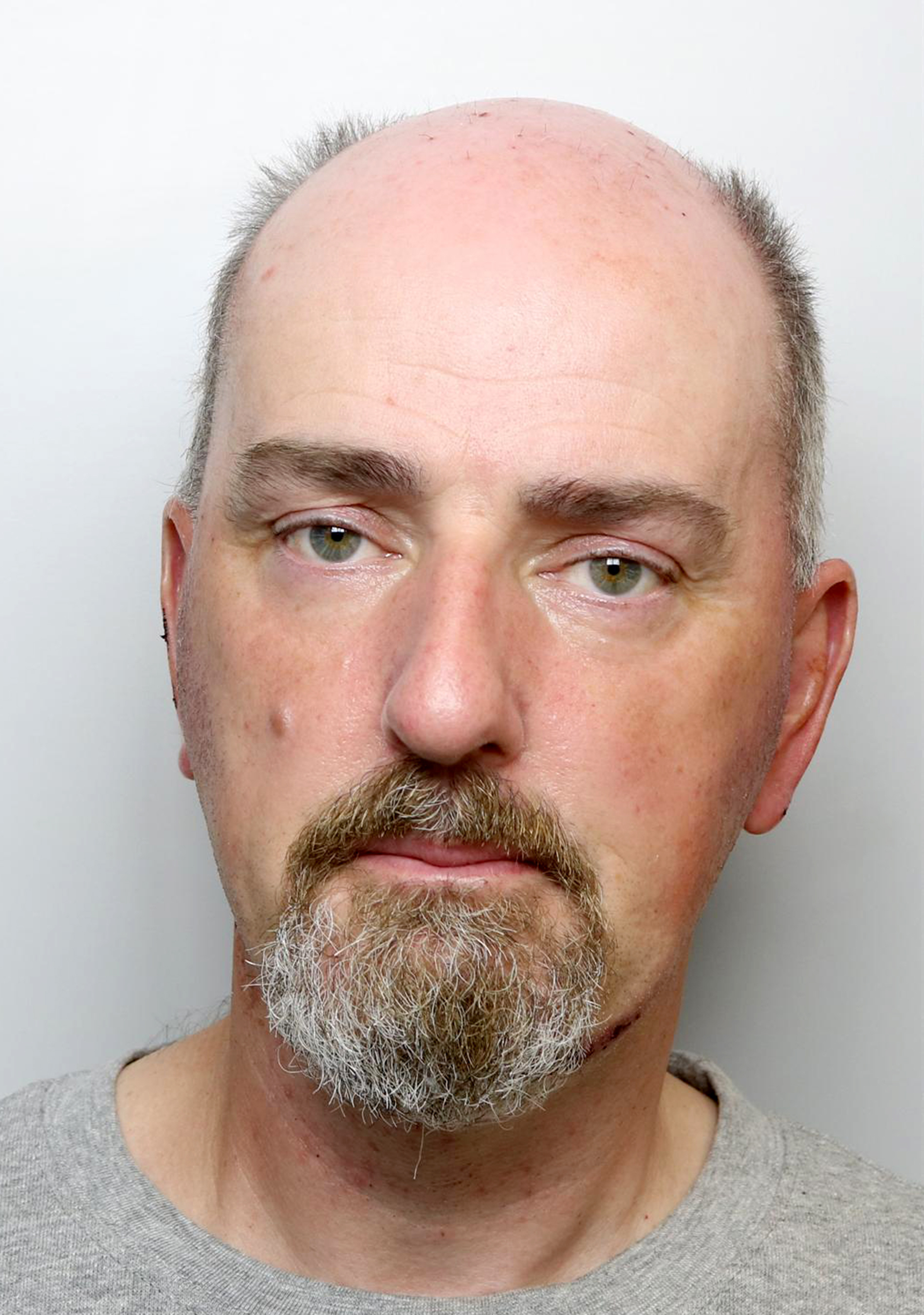 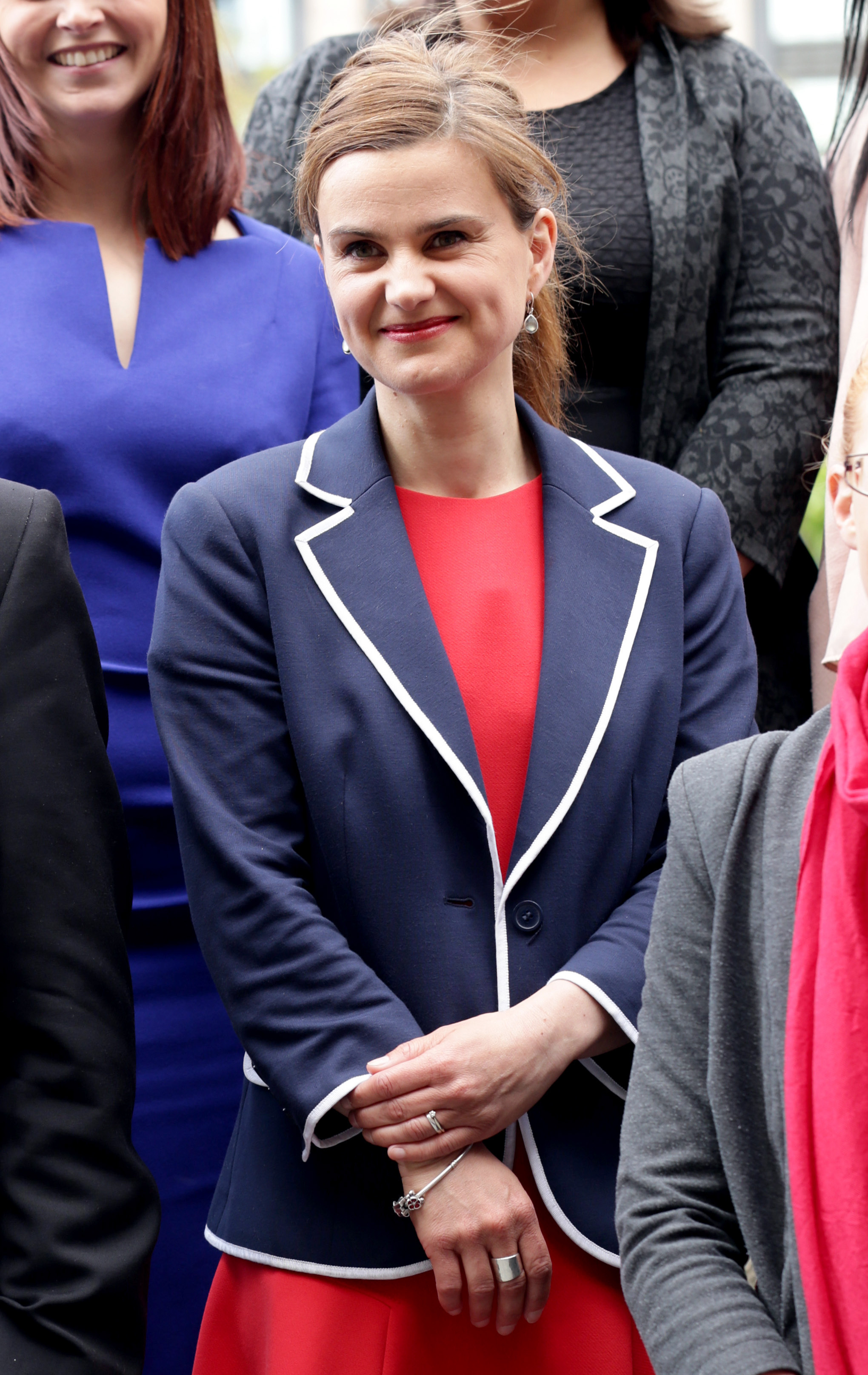 Alleged killer Thomas Mair is said to have struck in daylight on June 16 — a week before the EU referendum — while screaming: “Britain first.”

The Old Bailey heard CCTV footage showed him returning to her body outside her surgery in Birstall, near Leeds, to check she was dead.

Relatives of 41-year-old Mrs Cox — including sister Kim, mother Jean and dad Gordon — watched as film of the two-minute attack was played. Prosecutor Richard Whittam QC said: “She was brutally murdered by one of her constituents. It was a cowardly attack by a man armed with a firearm and a knife.” 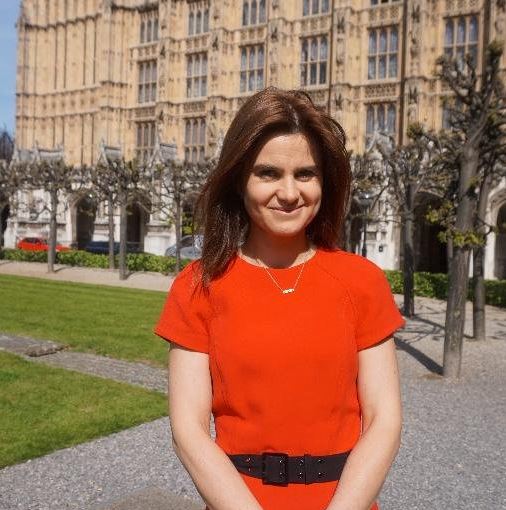 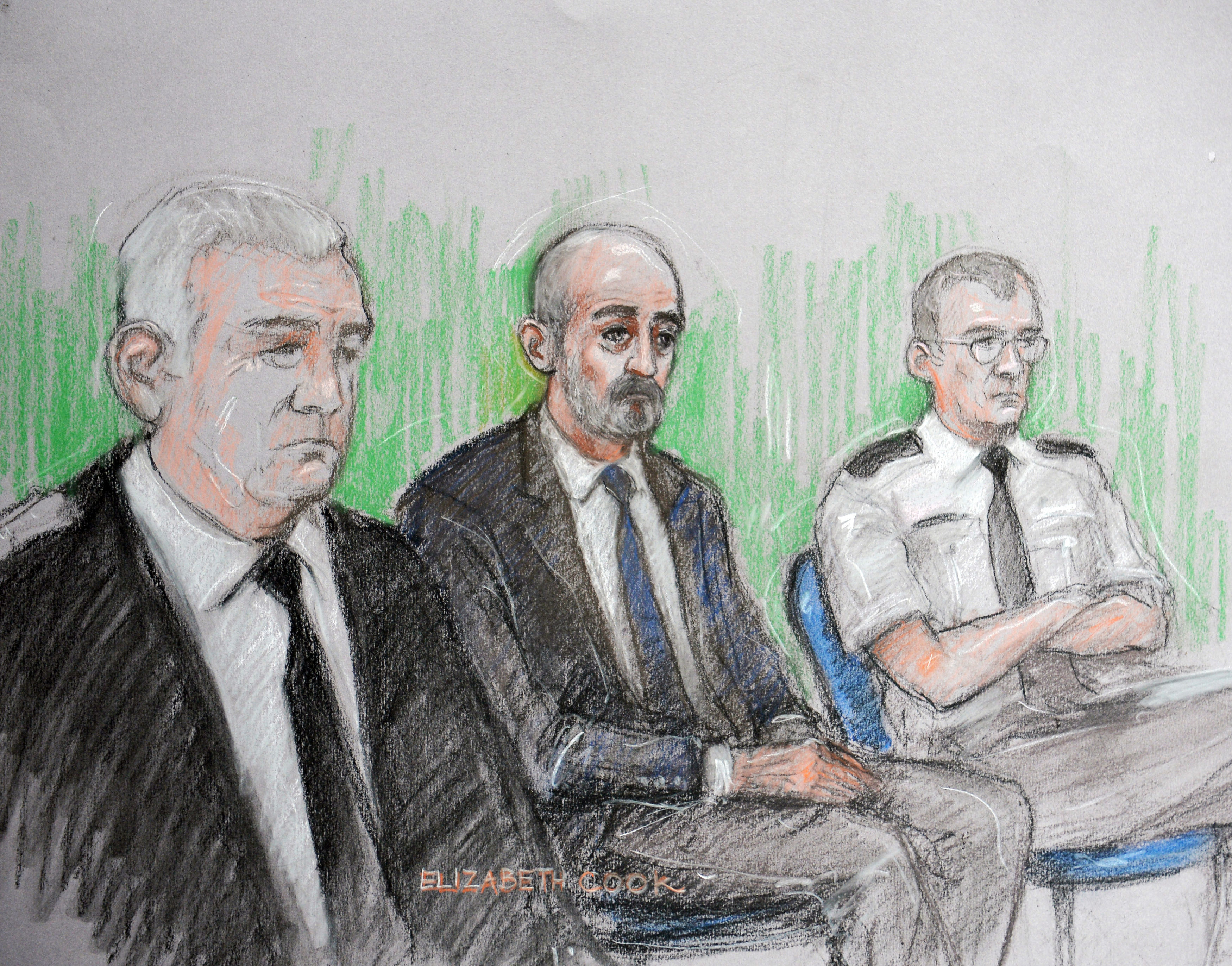 He said Mair had also gone online to look up Tory Ian Gow — the last sitting MP murdered when he was killed by the IRA in 1990 — and Tory Yorkshire MP William Hague who, like Labour’s Mrs Cox, backed Remain.

Other searches he carried out in the local library were said to have included a “far-Right” internet publication, the Ku Klux Klan and whether his .22 gun was “deadly enough to kill with one shot to a human’s head”.

He looked at Nazi material, the act of killing one’s mother, the death penalty in Japan and serial killers, the court heard. And the night before the killing he looked up coffins, lying in state and the Waffen SS, it was said. 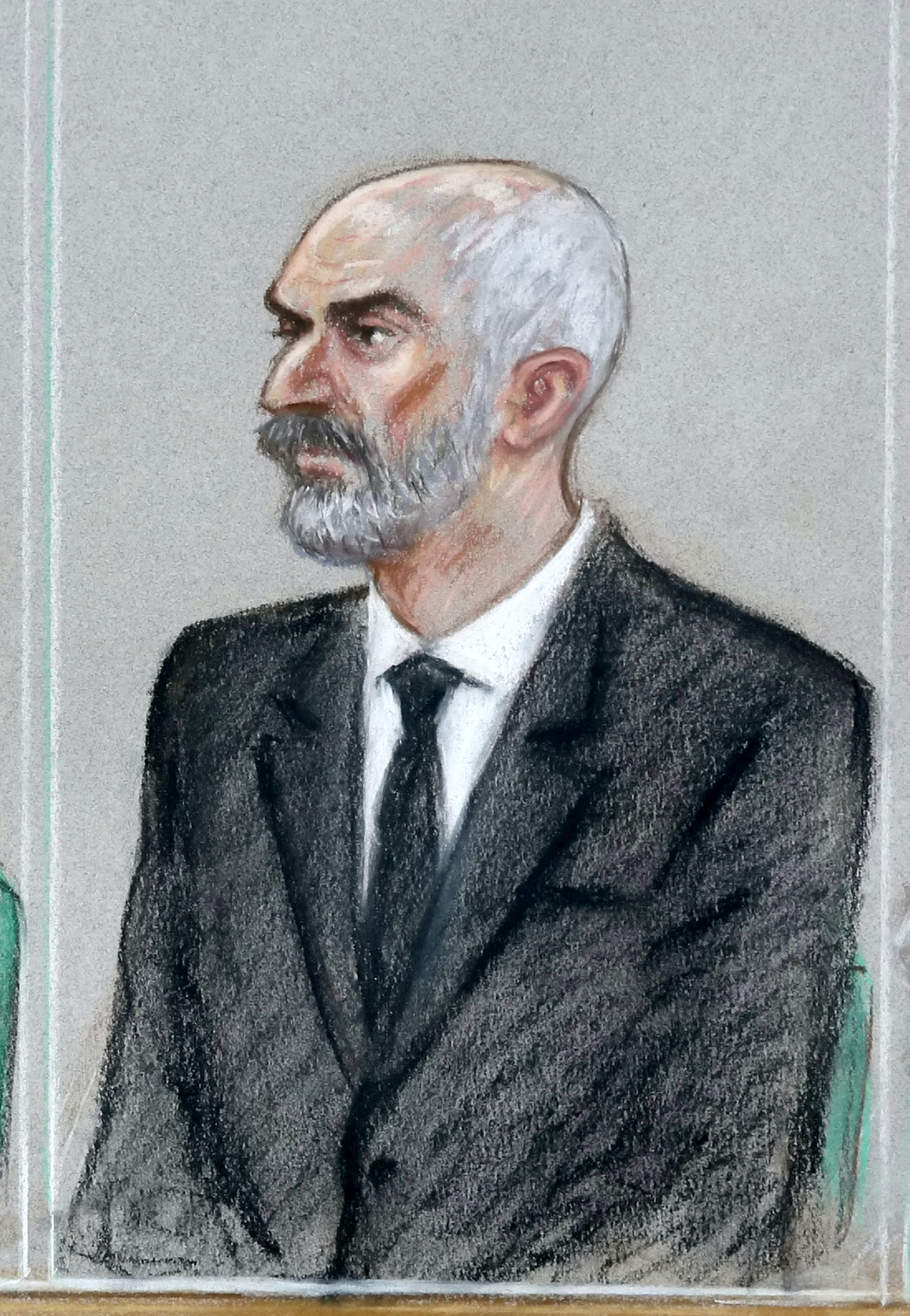 On the day itself he took two jackets and two baseball caps, so he could change appearance, and had a badge of the US Confederate flag in his pocket.

He carried the knife in a scabbard, ammunition in a clear plastic bag and had made the gun easier to hide by sawing off part of either end, the jury was told.

Mr Whittam said Mair pounced as Mrs Cox left with her manager Fazila Aswat, who tried in vain to fight him off with her handbag.

She allegedly heard him shouting: “This is for Britain, Britain will always come first.” 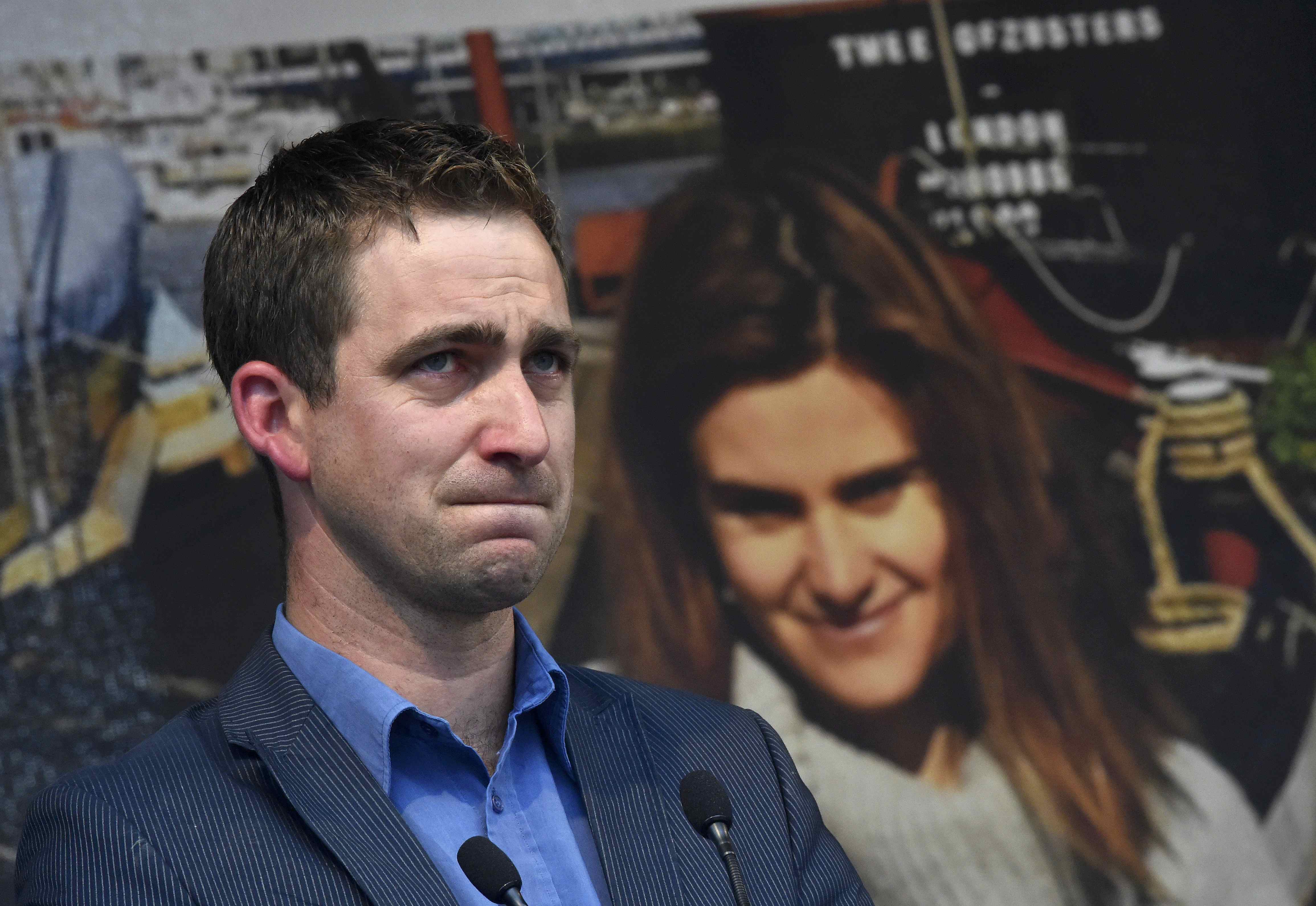 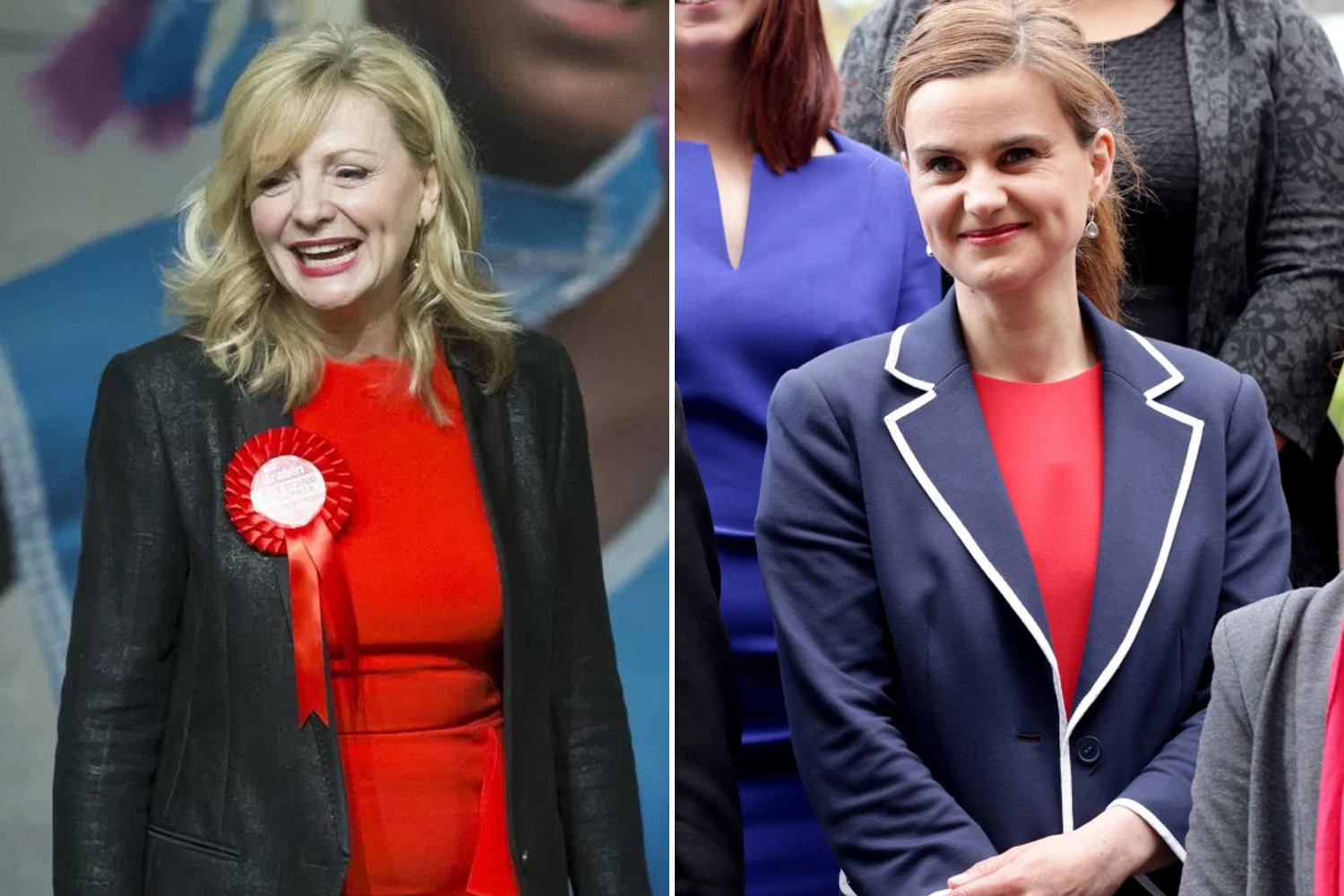 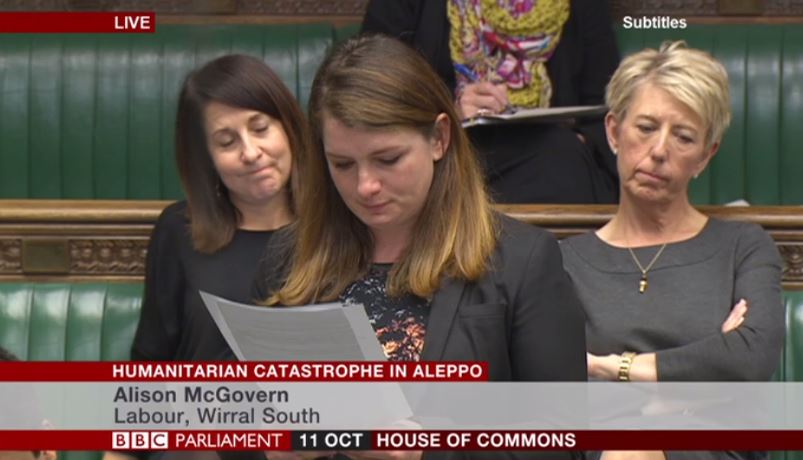 'She would have been here' 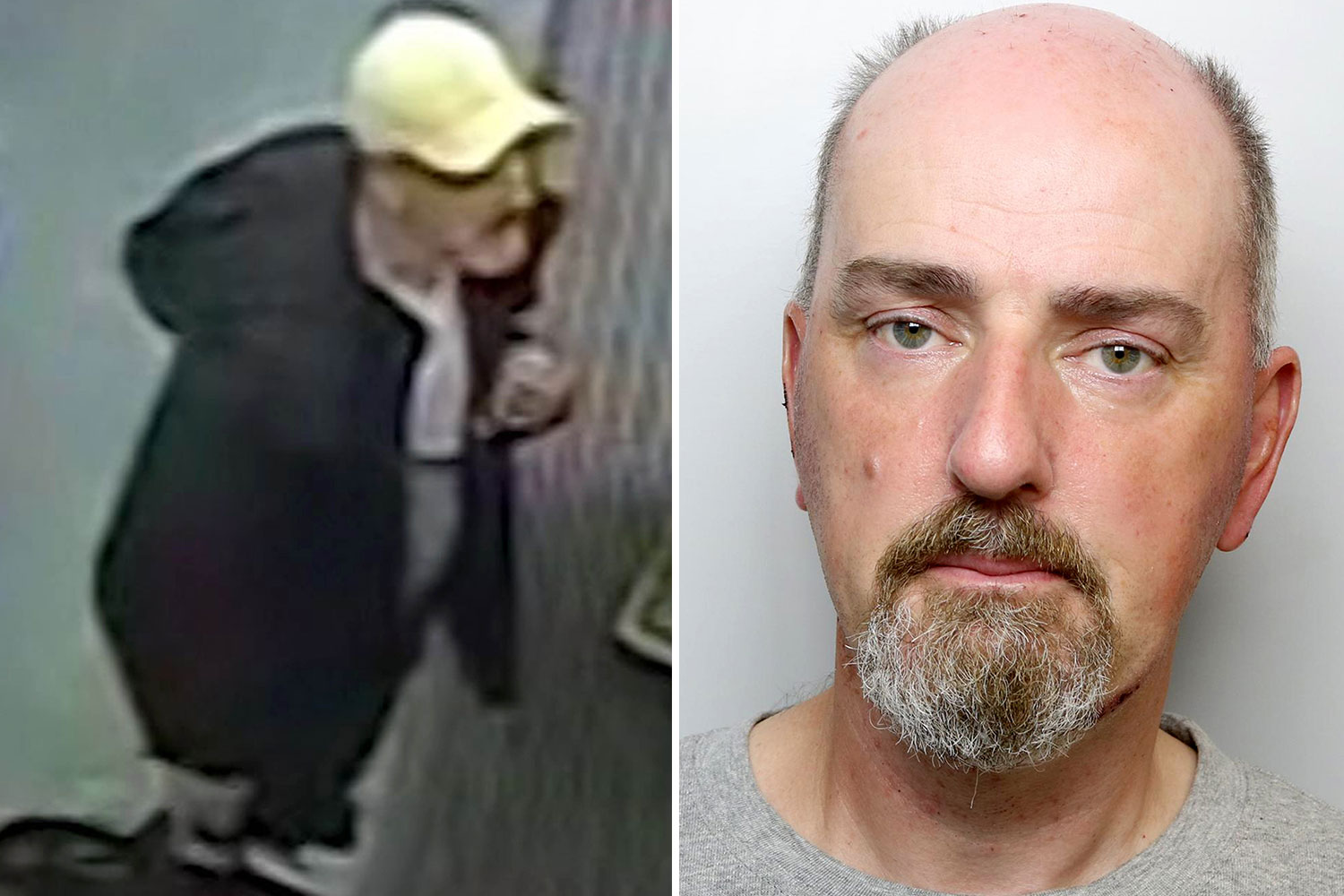 Who killed MP Jo Cox and where Thomas Mair is now

Bystander Bernard Carter Kenny, 77, tried to step in and was left with a six-inch chest wound.

Another witness was named as Jack Foster. Mr Whittam said: “He saw Thomas Mair standing with a gun. He saw him raise the gun and shoot Jo Cox. He shouted, ‘F****** leave her alone’.

“He saw him reload or re-cock the gun and he shot Jo Cox again. He remembers the shooter shouting, ‘Britain First’.” 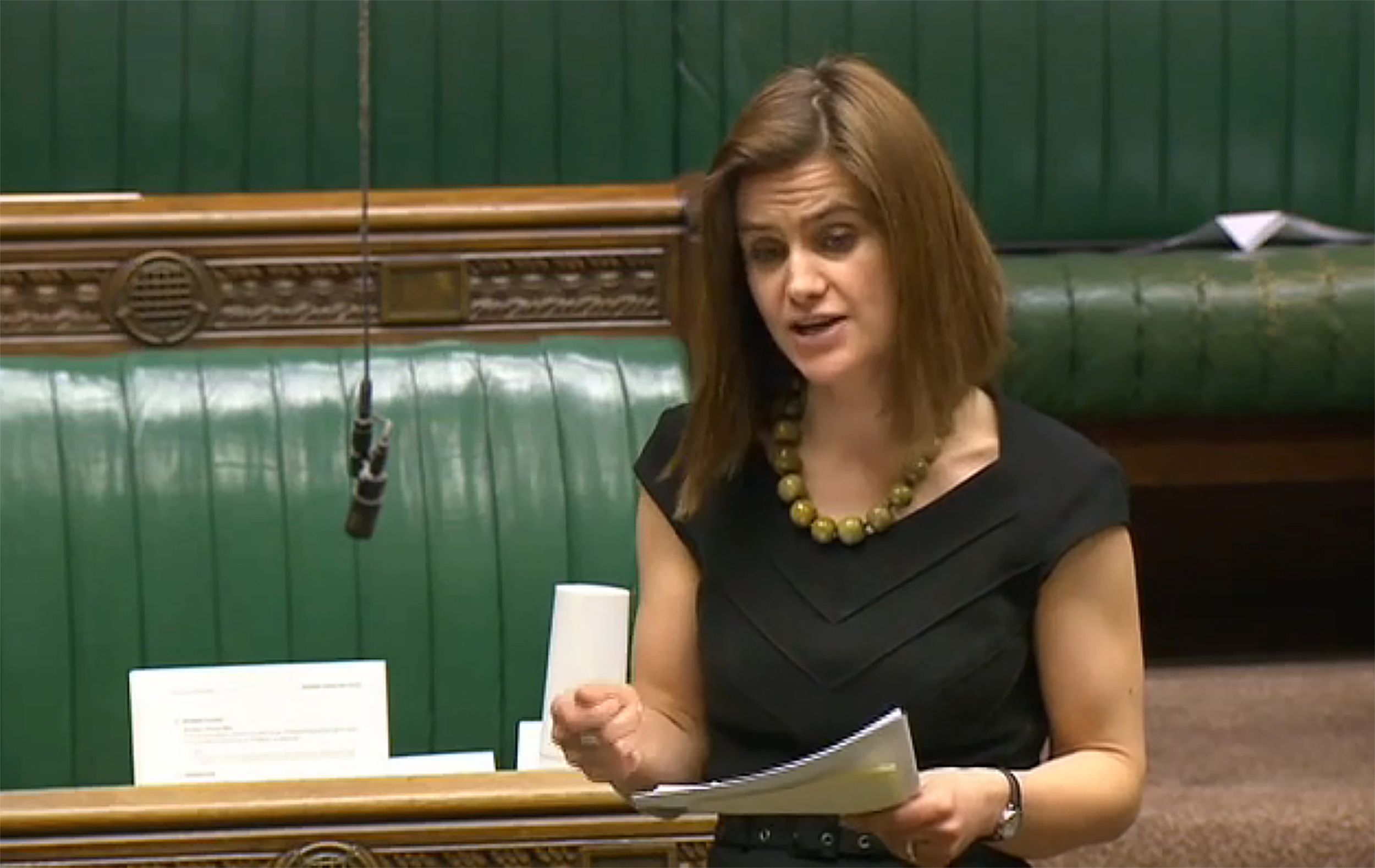 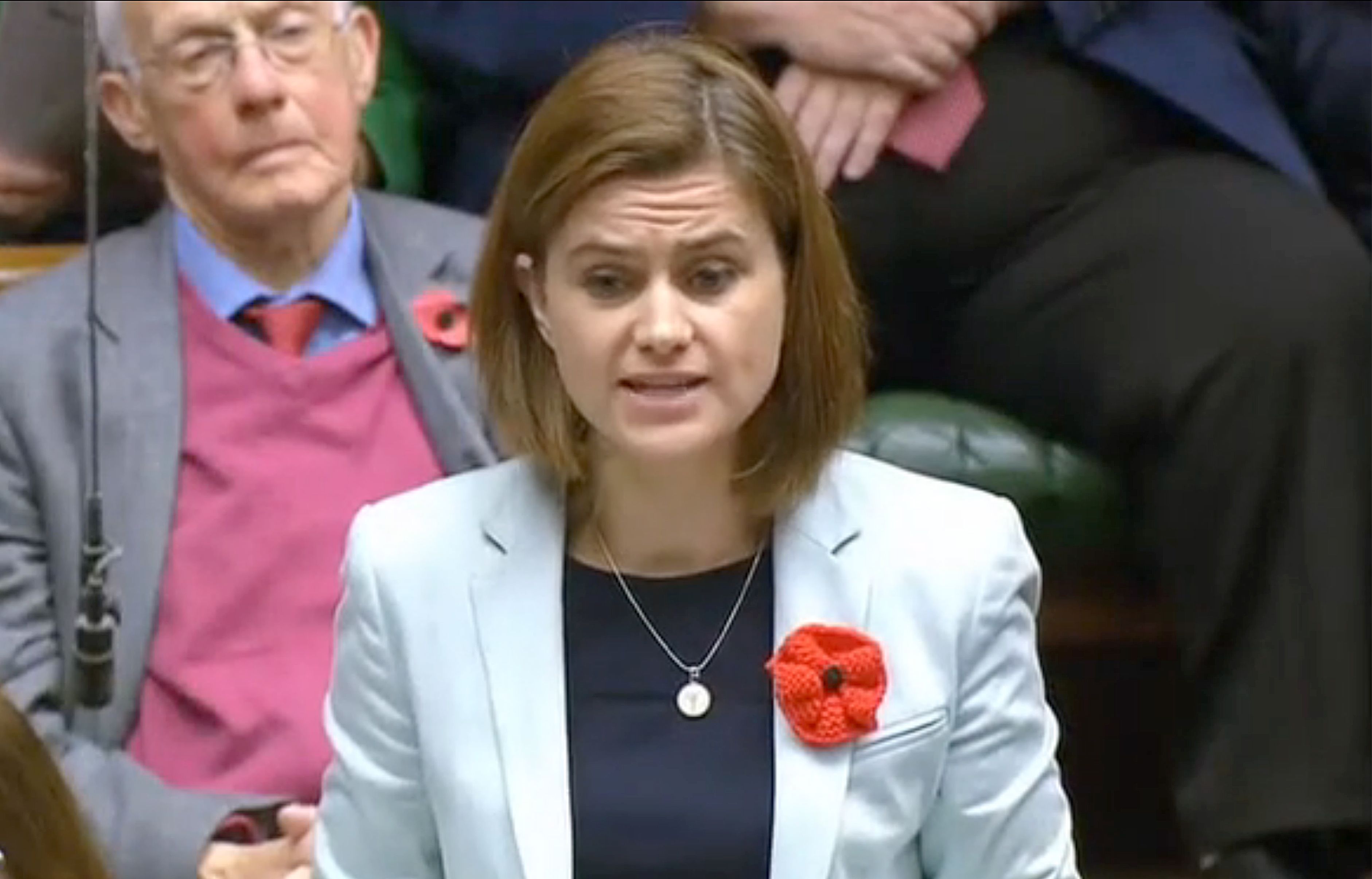 Ms Aswat tried to help Mrs Cox cling to life by urging her to “think of her children” while a second bystander, Shelly Morris, rang 999.

She reported hearing “a loud bang like a popping sound” and “a loud piercing scream”.

She said she saw a man with “a large steak knife” which she thought may have had a jagged blade and which he wielded in a “stabbing motion”.

Mair was arrested within 20 minutes, holding up his hands and saying: “It’s me — I am a political activist,” the court heard. Last night police released a mugshot of Mair, taken an hour after he is said to have killed Mrs Cox.

Mr Whittam told the jury: “Thomas Mair's intention was to kill her in what was a planned and premeditated murder for a political and, or, ideological cause. 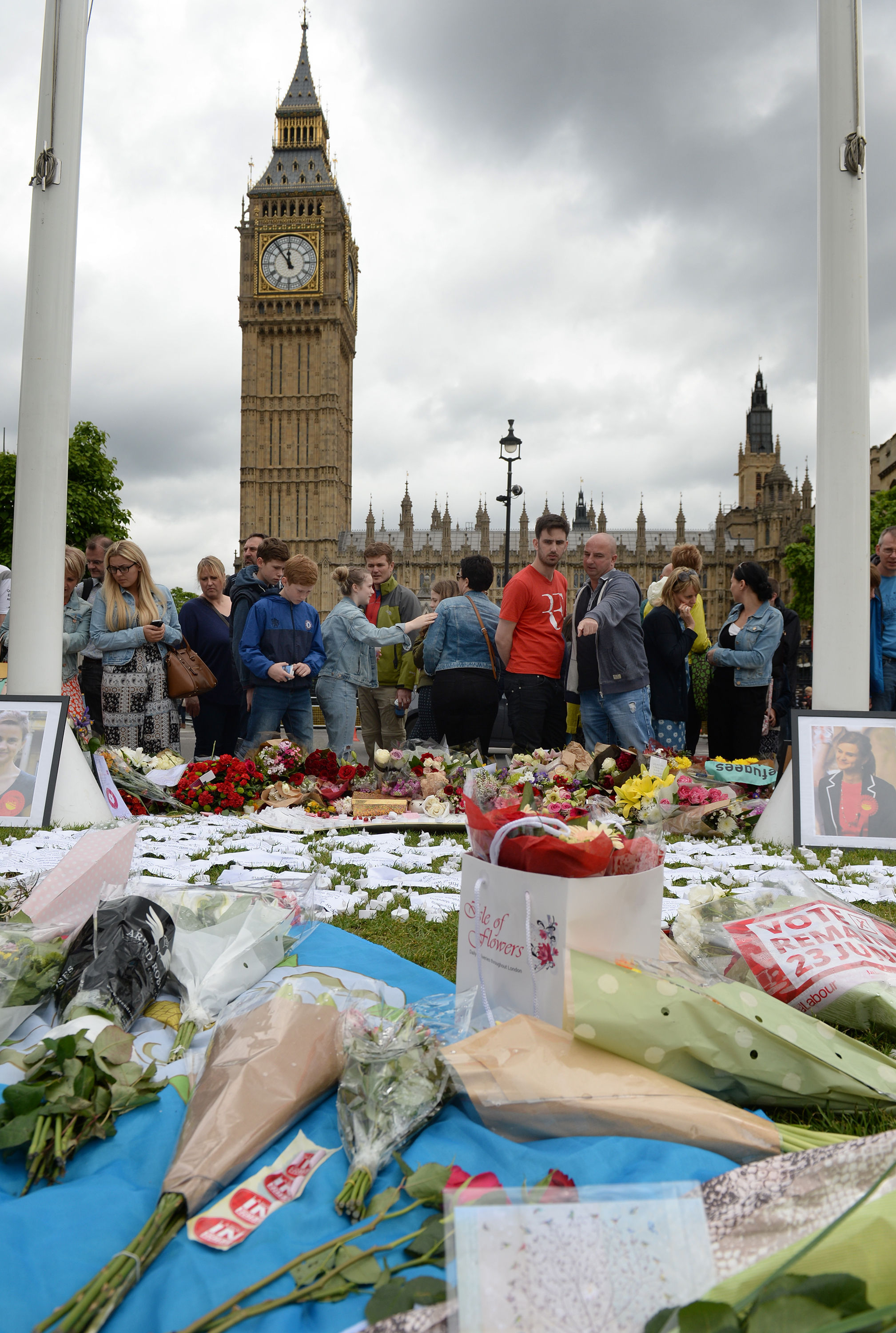 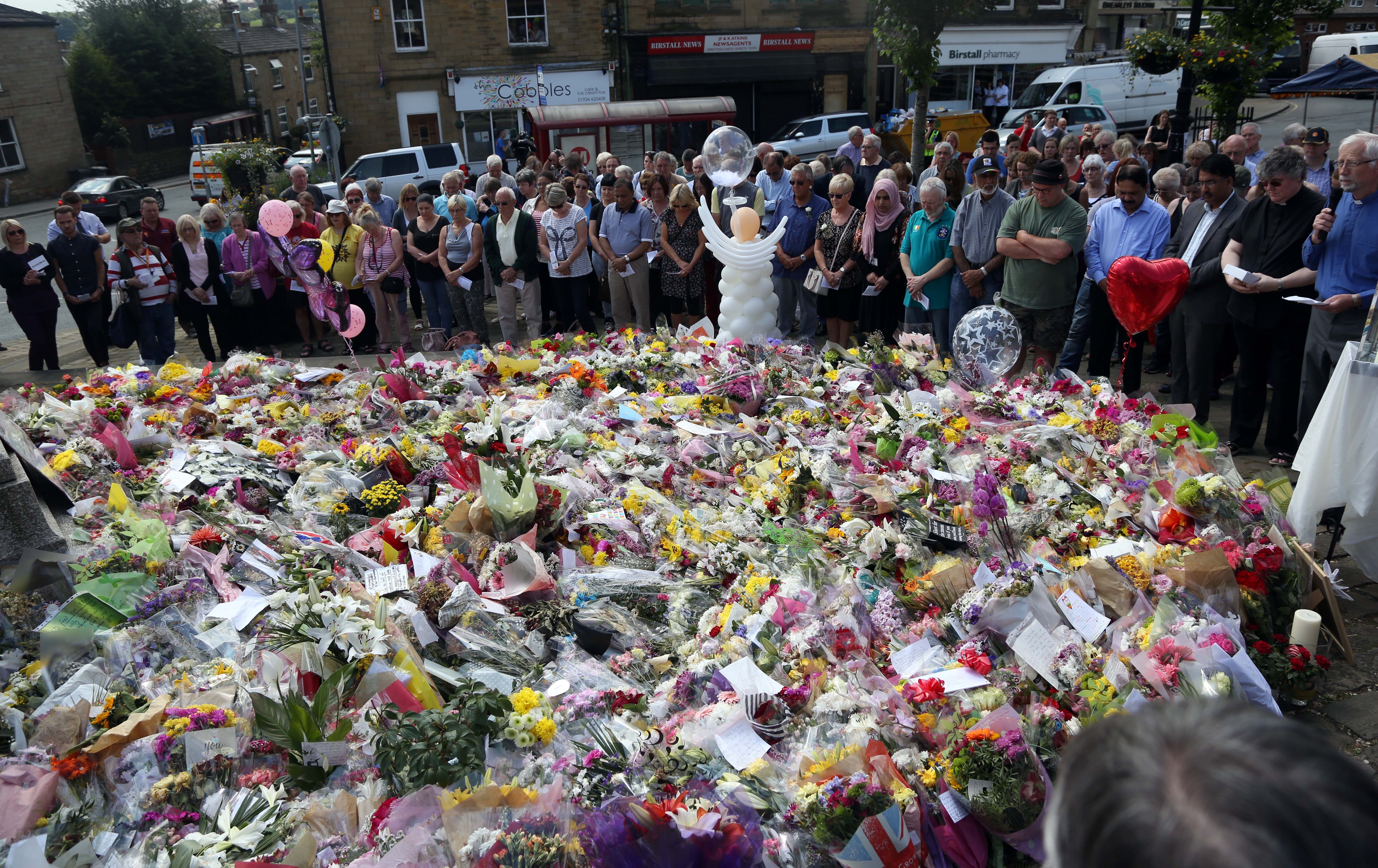 “It was a dynamic, fast-moving and shocking incident.

“Jo Cox was plainly murdered. Thomas Mair clearly had the views which provided him with a motive — utterly misplaced, of course — to kill her because she was an MP who did not share his views.

“Prior to her killing he researched Jo Cox and how to kill.

“The CCTV recordings are clear he was there waiting.

“He used both weapons and you saw him return on the CCTV to make sure she was dead.”

Mr Whittam said a baseball cap and jacket were found in a garden nine days later, both bearing gunshot particles consistent with the cartridges used by Mair. 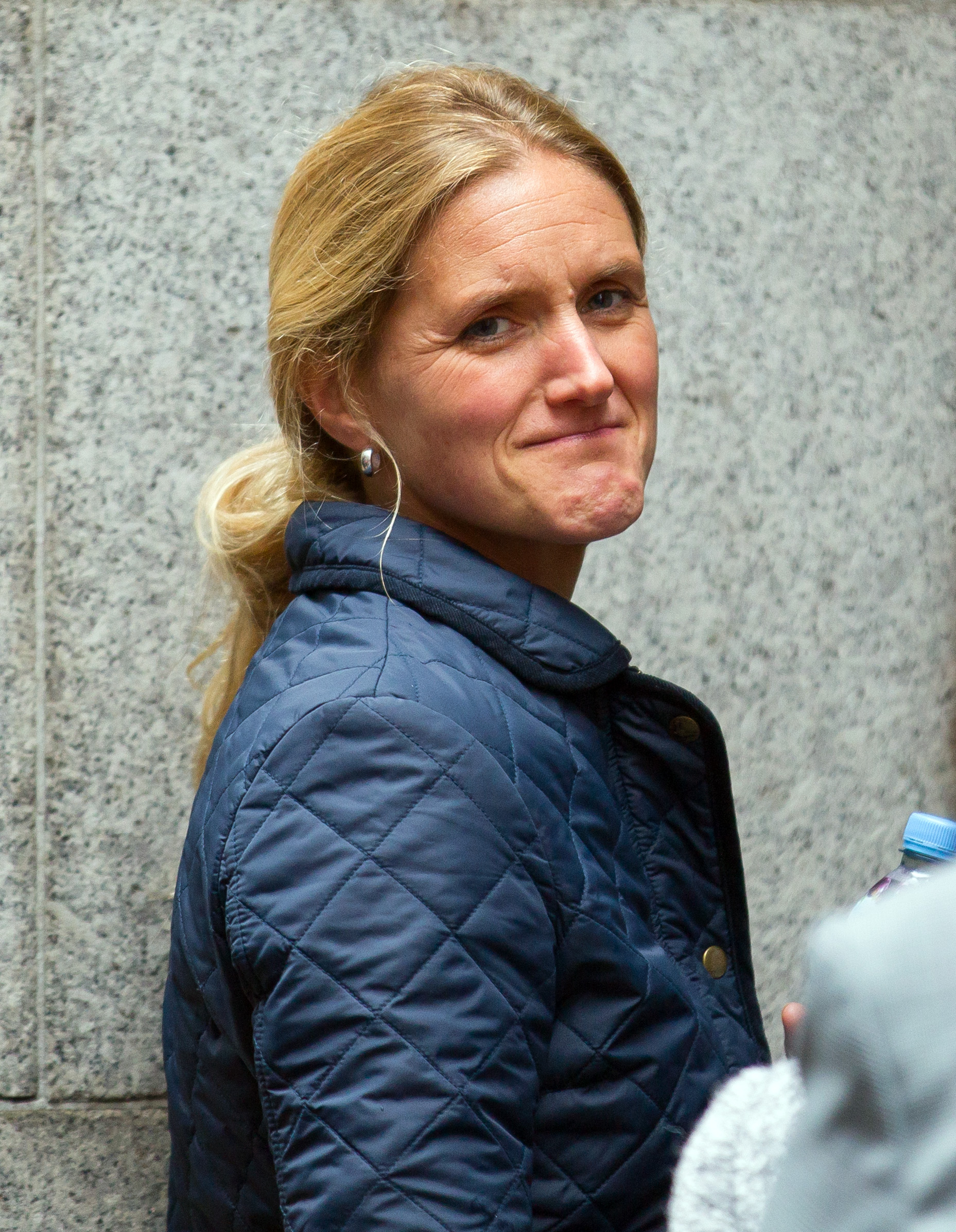 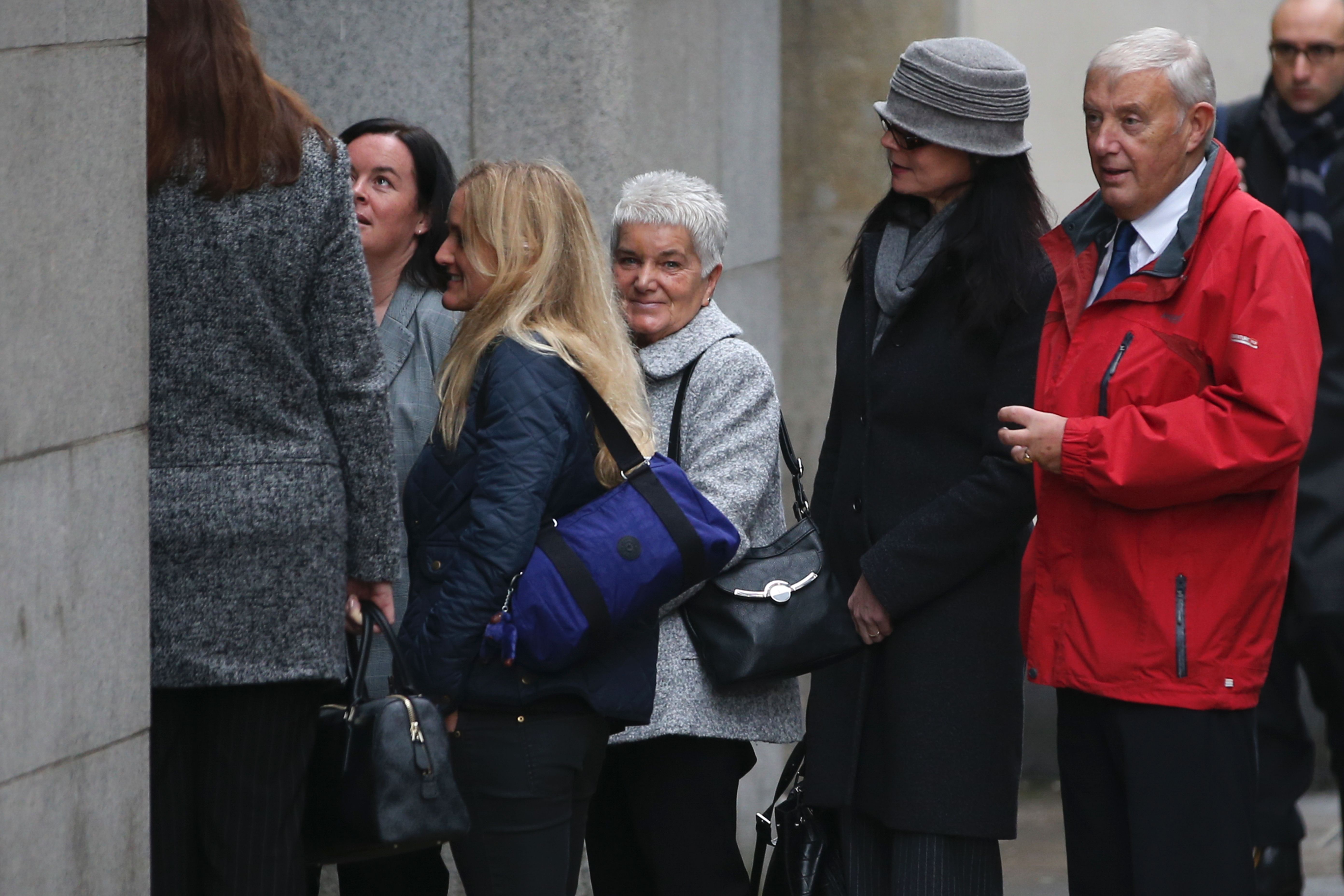 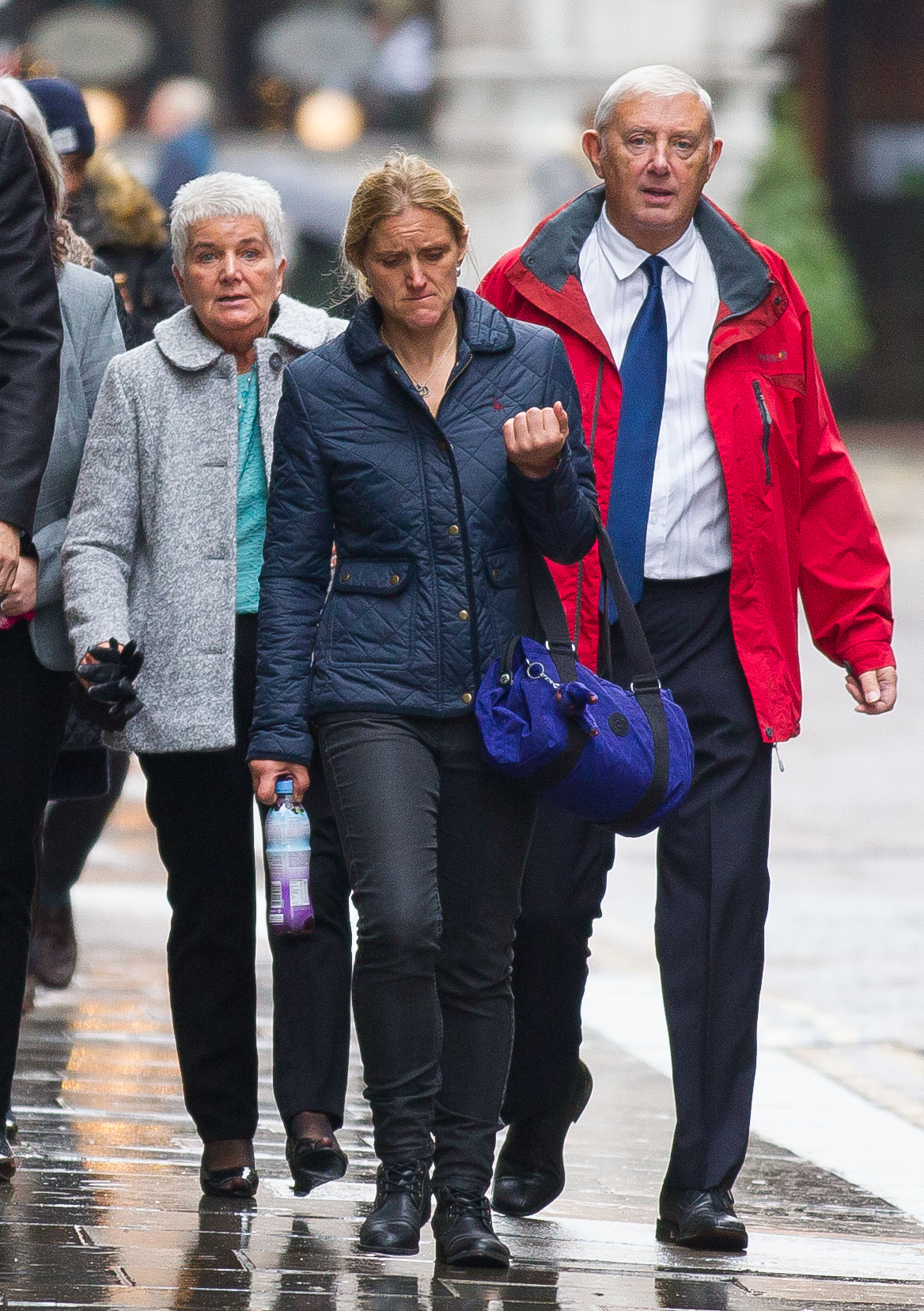 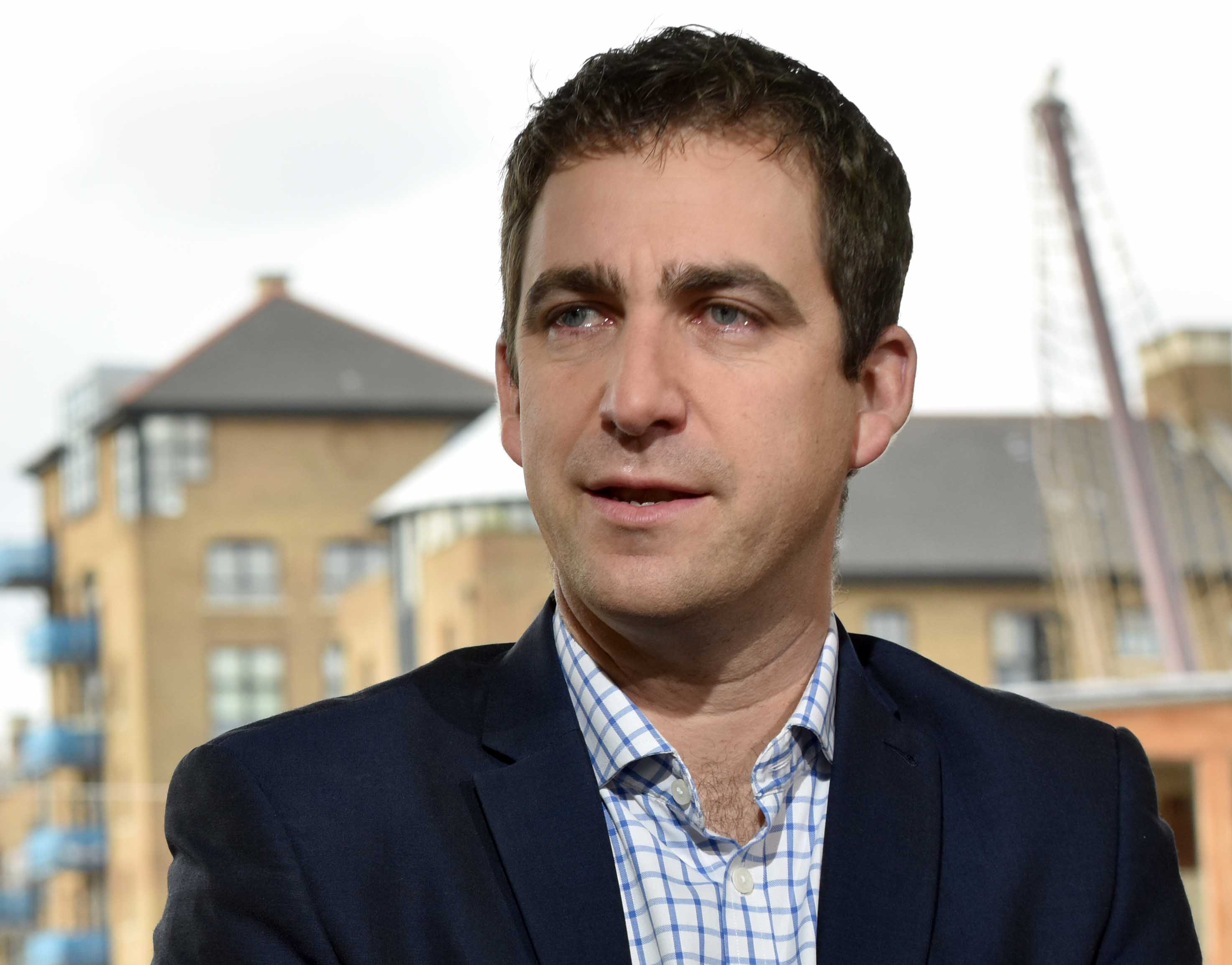 He said the same residue was found on a abandoned jacked which also had blood stains matching Mrs Cox’s.

Mr Whittam added: “Jo was well known as a hardworking Member of Parliament and mother of two young children.

“In her maiden speech in the House of Commons she spoke of her joy at representing a diverse community.

“She proclaimed her pride at being made in Yorkshire. Tragically she died in Yorkshire before the end of the following year.”

Mair, who was dressed in court in a navy blue suit and tie with white shirt, spoke only to confirm his name.