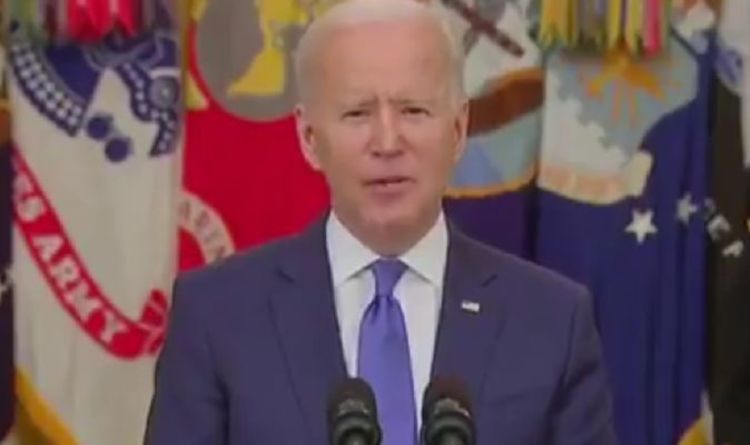 US President Joe Biden was caught in an awkward moment as he failed to remember the name of his Defence Secretary Lloyd Austin. The President made this blunder during an announcement that two women were being promoted to elite, four-star general commands at a ceremony at the White House on International Women’s Day. Mr Biden attempted to thank Mr Austin who recommended Army Lt. Gen. Laura Richardson and Air Force Gen. Jacqueline D. Van Ovost for promotion.

However, after referring to Mr Austin as General, President Biden settled with calling him “the guy who runs that outfit over there.”

Mr Biden said: “I just want to thank you both.

“I want to thank the former general, I keep calling him General.

“My, my, the guy who runs the outfit over there.

DON’T MISS: EU: Rutte demanded ‘there must be a way to leave eurozone’ 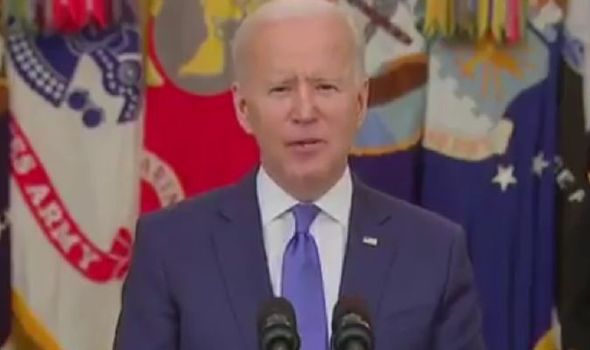 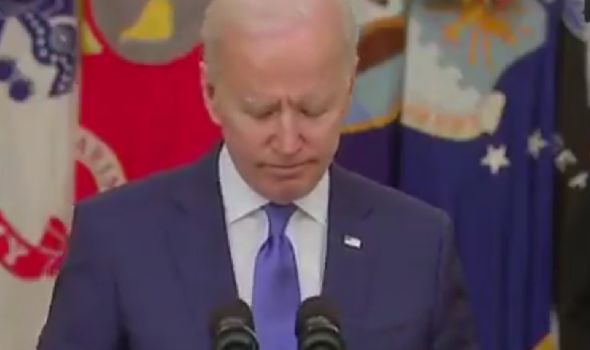 “I want to make sure that we thank the Secretary for all that he has done to try and implement what we have just talked about.

“And thank him for recommending these two women for promotion.

“Thank you all, may God bless you all and may God protect our troops.”

Viewers quickly took to Twitter to mock and berate the President. 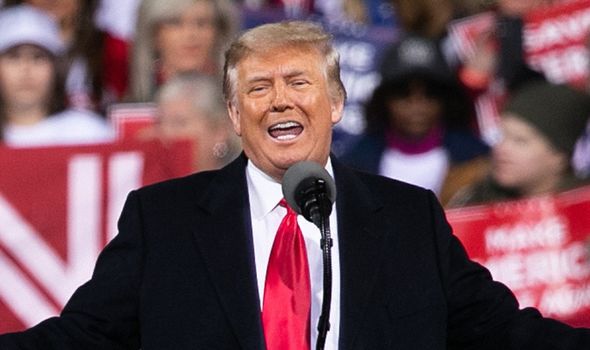 Many took to using Trump’s nickname for Mr Biden by referring to him as “Sleepy Joe” while others admitted their concern about his overall health.

“I need a nap just listening to him.”

Another added: “Unable to recall the name of 7th highest-ranking official in his administration?

“As well as the department for which he’s responsible? Best guess is Biden will retire before summer.” 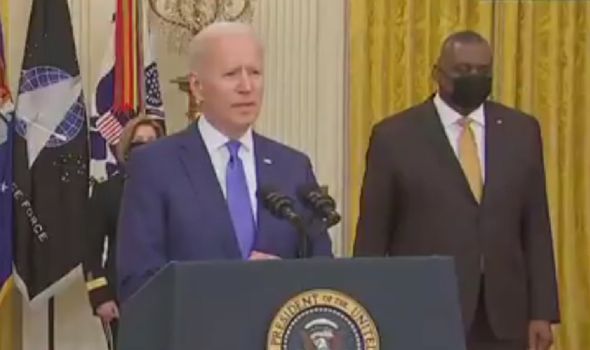 However some viewers defended the President with many mentioning he is battling his stutter and, like everyone else, will occasionally make mistakes.

“He’s older, give him a break, geez you guys are heartless, he’s busy.”

Another added: “He is a brave and honoured man with a lot of wonderful ideas for the US.