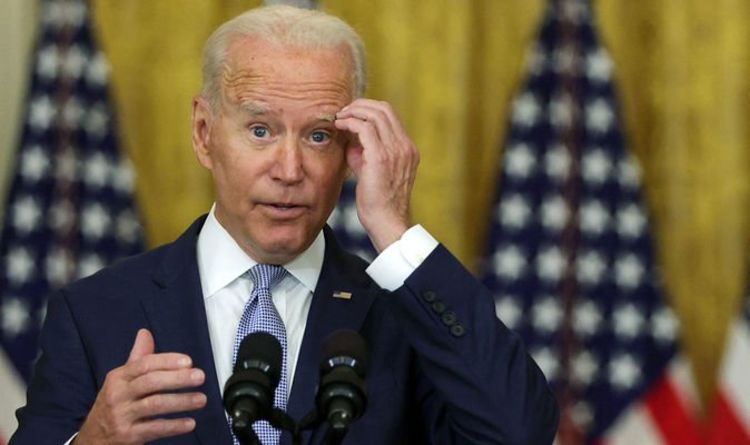 Joe Biden speech 'a punch in the gut' says Baheer

The US President has defended his country’s “messy” pullout from Afghanistan. This was as hundreds of Afghans attempted to flee the country by clinging on to planes at Kabul’s airport, many of them falling to their death. On Sunday, the Taliban strode into the capital with apparent ease, having already secured nearly every other province.

Kabul has fallen into disarray, with the Taliban now calling on government officials – many of whom have gone into hiding – to return to office.

Mr Biden has, in one way or another, been involved with the war in Afghanistan since its inception, having served in the Senate when it began, later overseeing US involvement while second-in-command to President Barack Obama.

It was during this time he pledged the US’ support to Afghanistan and its people.

In 2009, he made a surprise visit to the Central Asian country in what was then a Taliban stronghold.

While there, he promised US support for Afghanistan’s struggle against terrorism, drugs and corruption, and said the future of the region “affects us all”.

It contrasts sharply with his present-day comments.

This week, he said: “American troops cannot and should not be fighting in a war and dying in a war that Afghan forces are not willing to fight for themselves.

“We spent over a trillion dollars.

“We trained and equipped an Afghan military force of some 300,000 strong — incredibly well equipped — a force larger in size than the militaries of many of our NATO allies.

“We gave them every tool they could need.

JUST IN: Joe Biden walks off after 20-minute speech defending US withdrawal…

“We paid their salaries, provided for the maintenance of their air force — something the Taliban doesn’t have.

“Taliban does not have an air force. We provided close air support.

“We gave them every chance to determine their own future. What we could not provide them was the will to fight for that future.”

Many have been quick to point out that Mr Biden is not solely to blame for the calamity – his predecessor, Donald Trump, having given the orders to withdraw troops from Afghanistan last year.

Yet, those people have also rejected Mr Biden’s claims that the US has no role in the region, arguing that the last 20 years of US policy has failed the country from the inside out.

Kate Kizer, policy director of the anti-interventionist group Win Without War, told the New York Times that US public opinion would likely take note of this.

She said: “I think that the American public is much more likely to see what’s happening right now, as tragic and worrisome as it is, as ultimately the failure of two decades of war and occupation in Afghanistan.”

According to figures collated by the Global Terrorism Index, the US withdrawal could not come at a worse time.

Data from the index published by the Institute for Economics and Peace shows that Afghanistan was the country most affected by terror as well as the least peaceful nation in the world in 2020.

It was also the country with the biggest economic losses from terrorism.

In 2019, Afghanistan accounted for more than 40 percent of the world’s total deaths by terrorism, numbering 5,725.