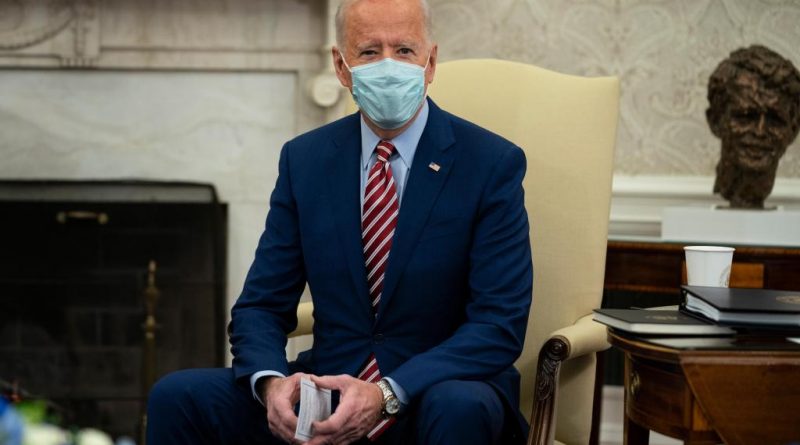 Last year, as he steamrolled his way to victory in the Democratic presidential primaries, Joe Biden told CNN that the pandemic was “probably the biggest challenge in modern history, quite frankly.”

“I think it may not dwarf but eclipse what F.D.R faced,” he added.

Biden referred to Franklin Roosevelt again in an interview with Evan Osnos of The New Yorker. “I’m kind of in the position F.D.R was,” he said.

And a week before the election, Biden gave a speech at Roosevelt’s winter White House in Warm Springs, Georgia, where he promised to “overcome a devastating virus” and “heal a suffering world.”

In other words, Biden telegraphed his F.D.R.-size ambition throughout the year. And the first major bill of his administration is in fact an F.D.R-size piece of legislation.

In addition to hundreds of billions of dollars in direct payments to most American families, the American Rescue Plan — passed without a single Republican vote in either the House or the Senate — extends federal unemployment benefits until Sept. 6 and makes the first $10,200 of those benefits nontaxable for households with incomes under $150,000 a year. It includes an extra $7.25 billion in small business loans, a $25 billion fund for restaurants and more than $50 billion in transportation funding, including billions for transit. It provides $25 billion in emergency rental and housing assistance to keep Americans in their homes and off the streets. There are also billions of dollars in funding for personal protective equipment and the distribution of COVID-19 vaccines.

If Biden were just signing a bill to assist the public and end the pandemic, it would be a substantial accomplishment, if not quite an F.D.R-size one. But there is more to the package than just relief; it also spends hundreds of billions of dollars on sweeping reforms to the social safety net.

At the top of the list is a major, if temporary, expansion of the child tax credit. Under current law, most families receive a tax credit of up to $2,000 per child under age 17. If the value of the credit is greater than what the family pays in taxes, they can receive a portion of the credit as a cash payment.

The bill scraps this in favor of a de facto basic income for children. Instead of a $2,000 credit, parents will receive an annual payment of up to $3,600 for children 5 and younger, and up to $3,000 for those ages 6 to 17. Families with no taxable income will still be able to claim the full benefit. All but the highest-income families will receive something from the government.

This change, alone, would slash child poverty by an estimated 40%. But this change isn’t alone. The American Rescue Plan also triples the value of the earned-income tax credit for low-income workers without children, providing a benefit of roughly $1,500 to more than 17 million Americans and fixing a tax code that, as it stands, punishes childless workers in low-wage jobs.

Biden’s relief plan also includes a major expansion of the Affordable Care Act in the form of greater subsidies for Americans who purchase their health insurance on the marketplaces established by the law. This would, according to an Urban Institute estimate, reduce the number of uninsured people in the United States by more than 4 million.

The list of new policies goes on. There is money in the American Rescue Plan to expand food stamps, bolster state welfare programs, and increase federal support for child and dependent care. Put all this together and the bill is expected to reduce overall poverty by more than a third and child poverty by more than half. It is, with no exaggeration, the single most important piece of anti-poverty legislation since Lyndon B. Johnson’s Great Society, itself the signature program of a man who sought to emulate F.D.R.

I would even say that the American Rescue Plan compares favorably with the signature legislation of F.D.R.’s first 100 days, in that its $1.9 trillion price tag dwarfs the mere tens of billions (in inflation-adjusted dollars) spent by Congress during the earliest period of the New Deal. The challenge is very different — a Great Depression and its attendant unemployment and immiseration versus a health crisis and its economic impact — but the ambition is of similar scope.

Indeed, the story of this bill may be the story of how Biden has repudiated the austerity politics of much of the last decade, as well as the anti-assistance paradigm he himself helped forge when, as a senator, he warned in 1988 of “welfare mothers driving luxury cars” and voted, in 1996, to make so-called welfare reform a reality.

The American Rescue Plan is only a start. Because the administration was limited by the budget reconciliation process, many of its provisions need to be made permanent. Which is to say that there is still a lot of work left for the Biden administration and the Democratic majorities that exist, for now, in Congress, much of it tied to whether the Senate will reform itself to allow majority rule.

That said, we can and should acknowledge that this bill is, as Biden once said of Obamacare, a very big deal for the country. And we can marvel, at least a little, at the trajectory of his political career, as this consummate centrist and proud bipartisan dealmaker begins to move in somewhat unexpected directions.

Jamelle Bouie became a New York Times Opinion columnist in 2019. Before that he was the chief political correspondent for Slate magazine.