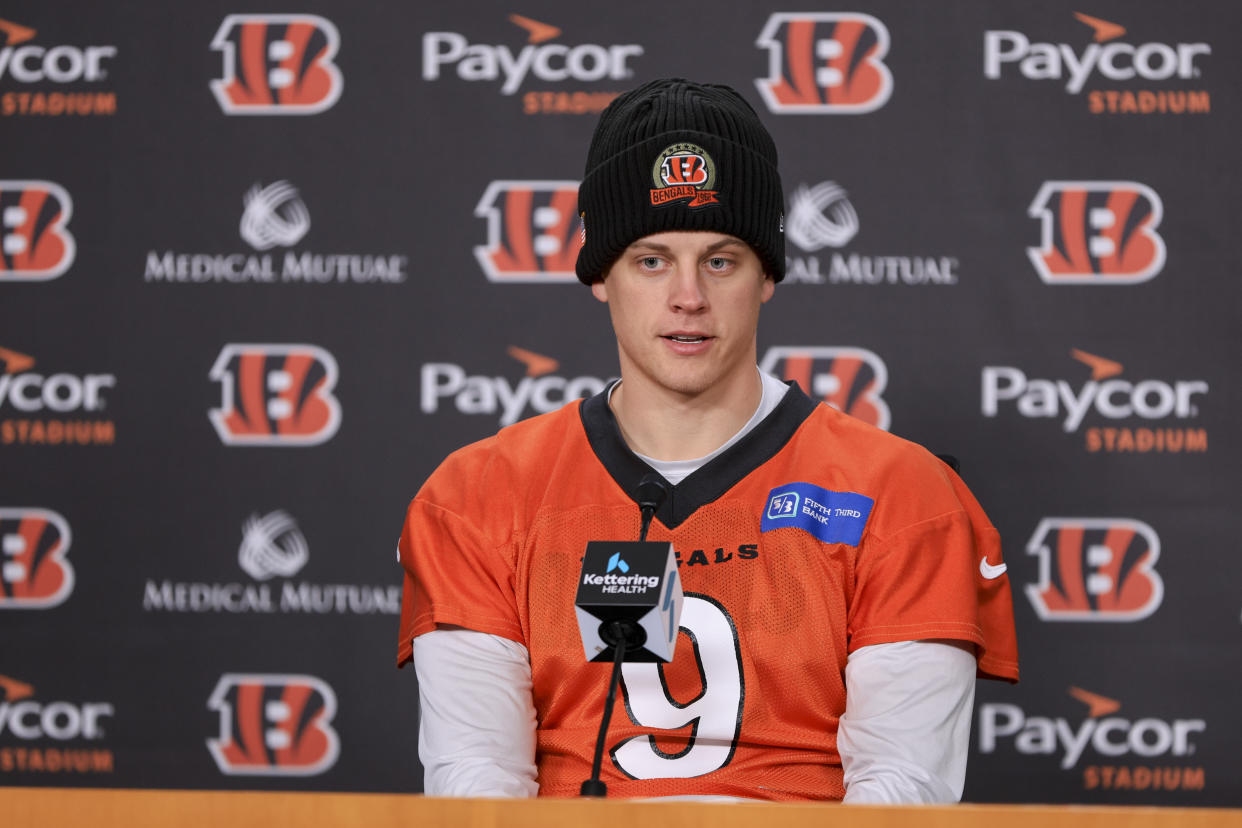 Burrow added that he thought it was important that the Bengals show support to the Bills.

Joe Burrow says Bengals did not want to continue Monday after injury and conveyed that to the Bills. pic.twitter.com/OE40IvtsAG

Burrow also delivered a powerful message to his teammates in the locker room, according to Bengals lineman D.J. Reader.

DJ Reader says Joe Burrow offered a powerful message Monday night. Said that Burrow reminded his Bengals teammates that he loves them. Reader says players need to say that more to each other. pic.twitter.com/vS6y4Yw1fA

Hamlin was taken to a hospital in Cincinnati after experiencing cardiac arrest on the field during Monday's game. He received CPR on the field before being taken to the intensive care unit and showed "signs of improvement" Tuesday and overnight into Wednesday, the Bills announced. The game was eventually suspended.

The NFL has yet to announce whether the contest will be completed. The league is working through multiple scenarios. The game could determine playoff seeding in the AFC.

Burrow was asked whether the Bengals wanted to play a makeup game against the Bills and said he would defer to the Bills and whatever they want to do.

Joe Burrow says Bengals are in favor of doing whatever Bills want to do in terms of possible makeup game. pic.twitter.com/7Tt38tZWsT

Burrow and the Bengals will play the Baltimore Ravens in Week 18 as scheduled. That game will take place at 1 p.m. ET Sunday in Cincinnati.

Bengals coach Zac Taylor also spoke Wednesday. He sent support to Hamlin and his family and praised Bills coach Sean McDermott for how he handled the situation after Hamlin left the game Monday.