Ten times Martina’s pay? I’m worth it: John McEnroe hits back at critics of his BBC pay packet for Wimbledon 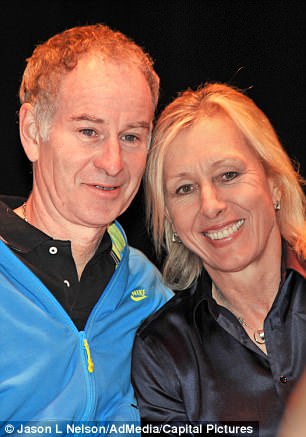 John McEnroe and Martina Navratilova. She revealed she is paid a tenth of what he gets for Wimbledon coverage

He was at the centre of a gender pay row earlier this year when it was revealed he had earned ten times the amount handed to his fellow BBC Wimbledon pundit.

But John McEnroe has hit back at critics of his sizeable pay packet – insisting that he is worth every penny.

The American tennis champion – who is among the BBC’s highest-paid talent, earning between £150,000 and £199,999 a year –said he thought male and female broadcasters should be rewarded on the basis of merit, not gender.

His comments come after Martina Navratilova ignited a Wimbledon pay row when she revealed in March she was paid a tenth of what her fellow ex-champion received for covering the tournament in 2017.

Now McEnroe, 59, who will be back on our television screens next week, has insisted that the value of on-air commentating talent is difficult to quantify. He said: ‘If you work at a paper and there’s a woman and man – you’re going to get paid based on the job you do in the opinion of the paper. Right?

‘If the girl does the better job she should get more money. That’s what it boils down to.’ McEnroe is unaware of what his fellow commentators and presenters are paid, including Miss Navratilova.

‘I get about £15,000 for Wimbledon and unless John McEnroe’s doing a whole bunch of stuff outside of Wimbledon he’s getting at least ten times as much money.’

She added: ‘We were not told the truth, that’s for sure. It’s still the good old boys’ network. The bottom line is that male voices are valued more than women’s voices.’

At the time, the BBC insisted the pair performed ‘different roles’.

However, Miss Navratilova hinted earlier this month that she had received a substantial pay rise in the wake of the wider BBC pay debate. 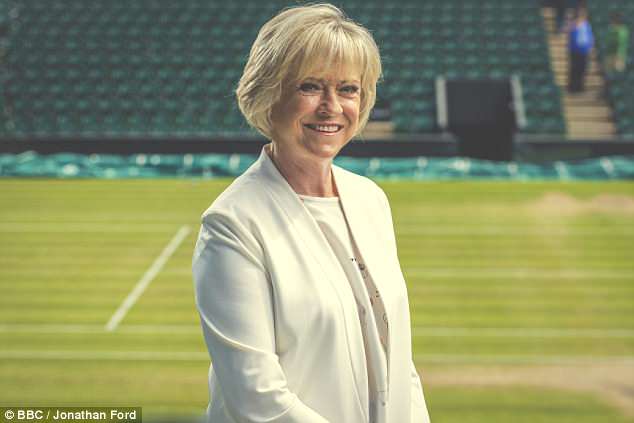 When McEnroe was asked who he rates among his colleagues, he singled out Sue Barker

She said she was ‘very happy’ to be working for the corporation at Wimbledon this year and that ‘it’s good to see the BBC taking gender pay equality seriously’.

McEnroe said he had not spoken to his fellow BBC pundit since the row as they are ‘not often in the same place’. Asked who he rates among his colleagues, he singled out Sue Barker, who is the BBC’s highest-paid sports broadcaster after Gary Lineker and Alan Shearer, according to official figures.

‘I believe Sue does a very good job,’ he said. ‘She is juggling and has got people in her ear all the time, that’s already a lot tougher than what I do.’

McEnroe has transformed himself from the enfant terrible of Wimbledon as a player to a hugely popular fixture on the nation’s screens during the big fortnight.

His sharp eye for the game and credibility as a former great, combined with a dry New Yorker wit, makes him a hit with many of Wimbledon’s viewers.

The gender pay gap has been in the headlines since salaries of top BBC talent was revealed last summer.

McEnroe will be commentating for the BBC at Wimbledon, starting next week.