The singer and entrepreneur’s fourth fashion show is slated to premiere on Amazon Prime Video on Nov. 9 and features an appearance by Johnny Depp, TODAY has confirmed.

Days before the show dropped, rumors had been swirling of his involvement which sparked backlash and mixed reactions online. 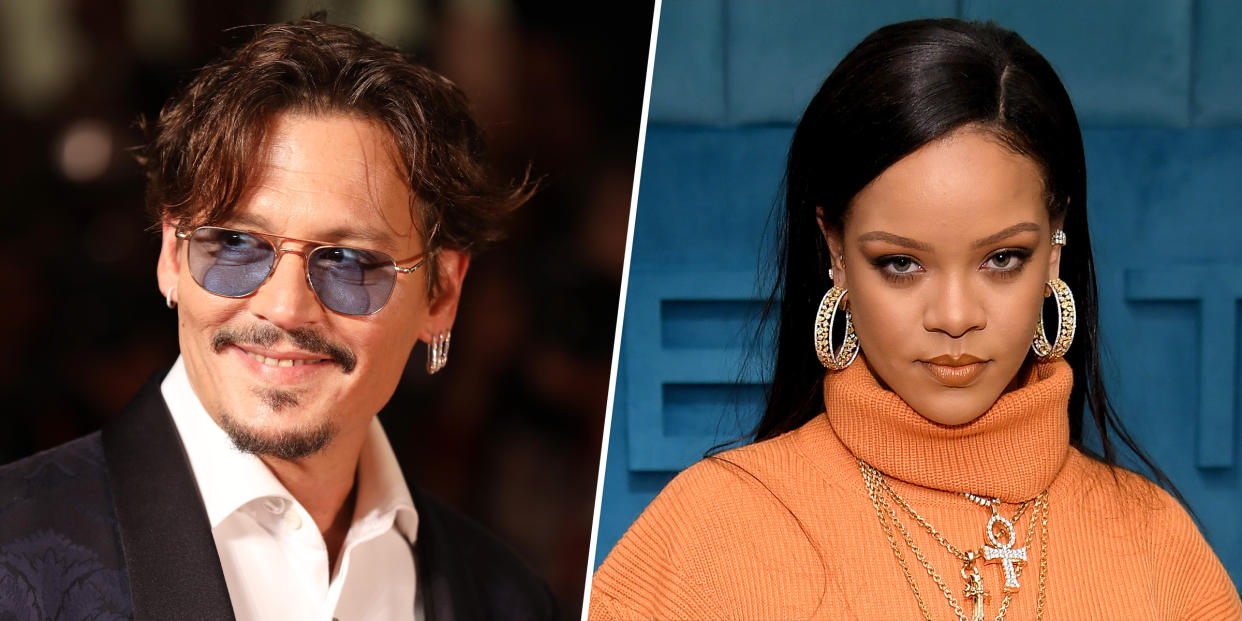 The actor is seen midway through the show during the “star” moment, which has previously featured Cindy Crawford and Erykah Badu. Depp is dressed in a dark olive ensemble from the men’s collection, making him the first male to be in this role during the “Savage x Fenty.” He walks through the woodsy set while Outkast’s “So Fresh, So Clean” is heard in the background.

Reps for Savage X Fenty and Rihanna did not immediately respond to TODAY’s request for comment. Depp’s rep declined to comment to NBC News.

Online, many fans tweeted their disappointment with Depp’s involvement.

“We will boycott the show if Johnny Depp is in it,” one Twitter user said.

“Delete the Johnny Depp scene now if it ever existed,” another wrote.

Depp won the defamation case against Heard in June, five years after their divorce. The lawsuit stemmed from a 2018 op-ed Heard had written calling herself a “public figure representing domestic abuse.” While Depp was not named, his team argued that the article implied it was him. A jury determined Heard’s op-ed implied he had abused her over the course of their relationship, and found that was false and defamatory.

She was also awarded $2 million in compensatory damages for a defamatory statement Depp’s former attorney made about her.

Though Depp won the 2022 defamation lawsuit against Heard, in 2020, he lost a libel case against the parent company of The Sun and the paper’s executive editor in the United Kingdom over allegations he’d hit Heard. A judge found the paper had proven Depp had been violent against Heard on at least 12 occasions and, on that basis, found the article to be substantially true.

Producer Drew Dixon also tweeted, “Johnny Depp has been embraced as a hero by unhinged right-wing misogynist extremists, and now he’s been invited to appear in the @SavageXFenty show. Never expected such a powerful woman to succumb to the #MeToo backlash. Really disappointing @rihanna.”

“the thing about casting johnny depp in a fashion show is that he’s very much ugly and not aligned with the brand. just bloated and crusty and gross. so the only reason to do it would be that you’re going out of your way to be ‘controversial’ and nasty,” another person tweeted.

Not all people responding online were opposed to Depp’s presence in the fashion show. Some people on social media also defended the actor.”People in the comments saying, ‘Rihanna this isn’t you’ like the know her personally. Ffs, she can have whoever she wants in her own show. Johnny Depp proved his innocence,” one person tweeted.

Others didn’t see the need for him to be involved in her show.

“Putting Johnny Depp on your show adds ZERO value. Maybe shock value or a slight viral moment. But that’s it. Because the average millennial or generation z aren’t resonating with that man. So..” a Twitter user commented.

“It’s just such a weird choice… the demographics are completely the opposite. Anyone that watches savage x fenty yearly hates Johnny Depp and Johnny Depp fans have never heard of clean sexy underwear so it’s just?? Weird,” another added.

Amanda Alcántara also commented, “It feels like his team is working all over the place to put him in random situations that can rebrand his image like the mtv astronaut thing and now this? Idk. But it seems strings r being pulled and old favors are being collected.”

Since the defamation trial, Depp also made an appearance at the 2022 MTV VMAs as a Moonman. He’s also been performing with Jeff Beck in England, and will go on tour next year with his band, Hollywood Vampires.