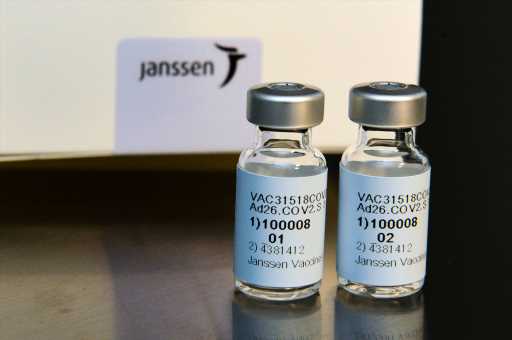 But the results came with a significant cautionary note: The vaccine’s efficacy rate dropped from 72% in the United States to 57% in South Africa, where a highly contagious variant is driving most cases. Studies suggest that this variant also blunts the effectiveness of COVID vaccines made by Pfizer-BioNTech, Moderna and Novavax. The variant has spread to at least 31 countries, including the United States, where two cases were documented this week.

Johnson & Johnson said that it planned to apply for emergency authorization of the vaccine from the Food and Drug Administration as soon as next week, putting it on track to receive clearance later in February.

“This is the pandemic vaccine that can make a difference with a single dose,” said Dr. Paul Stoffels, the chief scientific officer of Johnson & Johnson.

The company’s announcement comes as the Biden administration is pushing to immunize Americans faster even with a tight vaccine supply. White House officials have been counting on Johnson & Johnson’s vaccine to ease the shortfall. But the company may only have about 7 million doses ready when the FDA decides whether to authorize it, according to federal health officials familiar with its production, and about 30 million doses by early April.

The variant from South Africa, known as B.1.351, could make things even worse for the vaccine push. Given the speed at which the variant swept through that country, it is conceivable that by April it could make up a large fraction of infections in the United States. That would undermine the effectiveness of available vaccines.

The fact that four vaccines backed by the federal government seem to be less effective against the B.1.351 variant has unsettled federal officials and vaccine experts alike. Facing this uncertainty, many researchers said it was imperative to get as many people vaccinated as possible — quickly. Lowering the rate of infection could thwart the contagious variants while they are still rare, and prevent other viruses from gaining new mutations that could cause more trouble.

“If ever there was reason to vaccinate as many people as expeditiously as we possibly can with the vaccine that we have right now, now is the time,” Dr. Anthony Fauci, the government’s top infectious disease expert, said in an interview. “Because the less people that get infected, the less chance you’re going to give this particular mutant a chance to become dominant.”

As the United States scrambles to get enough vaccines, the country is turning into something of an evolutionary experiment. The B.1.351 variant is one of several that have arrived in the country or originated here, all with the ability to spread faster than other variants.

“The pandemic is a lot more complicated now than it was a couple months ago,” said Dr. Dan Barouch, a virus expert at Beth Israel Medical Center in Boston.

Vaughan Cooper, an evolutionary biologist at the University of Pittsburgh, said that all the new variants were likely evolving quietly for months before bursting on the scene. “I think we’re going to see many stories like this,” he said.

Federal regulators are also still waiting on data from Johnson & Johnson’s new manufacturing facility in Baltimore that prove it can mass-produce the vaccine. The company is counting on that factory to help reach its contractual pledge to the federal government of 100 million doses by the end of June.

If Johnson & Johnson can deliver vaccines quickly enough to the United States, it might be able to help drive down cases before variants make things worse. Since the vaccine requires only a single shot — unlike the Moderna and Pfizer-BioNTech vaccines, which require two — that delivery would translate into full coverage for 100 million people.

Johnson & Johnson’s vaccine has another advantage that might help speed up the rollout. It can stay viable in a refrigerator for three months, while the two authorized vaccines have to be kept frozen. That gives the company an edge not just in reaching more isolated parts of the United States, but in getting the vaccine to remote areas of the world that could otherwise seed more aggressive mutants.

“If you talk about the potential impact on the developing world, I believe it’s much more relevant than here,” Fauci said.

But vaccine-makers also have to prepare for the B.1.351 variant or another one surging to dominance and demanding new vaccines.

“You’ve got to be nimble enough to be able to adapt by upgrading our vaccines that match the dominant strain,” Fauci said.

Exactly when to make that switch will be a difficult decision, because the viruses are spreading unpredictably, and manufacturing new doses will be a huge undertaking.

“The implications of that are big. You would not take that choice lightly,” said John D. Grabenstein, a public health researcher with the Immunization Action Coalition, a nonprofit organization that disseminates information about vaccines. “It’s not doomsday. It’s just that we are going to need a bigger boat.”

Johnson & Johnson’s announcement came one day after Novavax said an early analysis of its 15,000-person trial in Britain had revealed that the two-dose vaccine had an efficacy rate of nearly 90% there. But in a small trial in South Africa, the efficacy rate dropped to just under 50%.

Johnson & Johnson presented only a summary of findings of its clinical trial. The vaccine was 85% effective in preventing severe disease in all three regions where the trial was run: the United States, Latin America and South Africa. After 28 days, none of the vaccinated participants who developed COVID-19 had to be hospitalized.

Unlike the messenger RNA vaccines made by Pfizer-BioNTech and Moderna, Johnson & Johnson uses an adenovirus, which normally causes the common cold. While adenovirus-based vaccines have been investigated for some three decades, they have yet to be licensed for use in the United States.

Johnson & Johnson’s Ebola vaccine became the first approved adenovirus-based vaccine for any disease when European regulators gave it the green light last July. Astra-Zeneca and the University of Oxford used a different adenovirus for their coronavirus vaccine, which is now authorized in Britain and other countries. Russian scientists created their Sputnik V vaccine from adenoviruses as well.

Johnson & Johnson received $456 million from Operation Warp Speed to support its research. In July, the government agreed to purchase 100 million doses for $1 billion if it proved safe and effective.

That same month, the company moved into clinical trials, which found that a single shot produced a strong immune response, consistent with experiments done on monkeys. Johnson & Johnson began the final phase 3 trial in September, again using a single dose. It recruited volunteers in the United States, South Africa and Latin America.

Half of the volunteers received the vaccine and half received a placebo. The company then had to wait. Only when enough people in the trial got COVID-19 would an independent board of advisers look at the results to see how many sick volunteers were vaccinated — a process known as unblinding.

Late last year, surges of coronavirus infections accelerated the trial toward unblinding. In December, Johnson & Johnson decided it would not need to recruit 60,000 volunteers as it originally planned. It capped the trial at 45,000.

Like other vaccine developers, Johnson & Johnson was required by the FDA to also record information about adverse events experienced by the volunteers for the first few months after vaccination.

Barouch, who led the team that designed the vaccine and tested it on animals last year, had to wait for months for the unblinding.

After he learned the results, Barouch said he was delighted. “I think this vaccine will have a public health benefit throughout the world,” he said.

Johnson & Johnson is also moving forward with other trials of the vaccine to see how it can be improved. In December it began a trial with two doses. Fauci was optimistic that people who get a so-called prime boost may enjoy even more protection.

“If they get a prime boost, it’s entirely conceivable that they can get up to 90-plus percent,” he said.

In addition, Stoffels said that Johnson & Johnson was tailoring a version of its vaccine with a protein patterned after the B.1.351 variant. It could potentially deploy it in countries where that version of the virus was a threat.

“Pretty much all vaccine developers now are having that conversation,” said Dr. Peter J. Hotez, a vaccine expert with the Baylor School of Medicine and the creator of a different coronavirus vaccine.

Join our Facebook group for the latest updates on coronavirus in Colorado.