Former DJ Jonathan King, 73, ‘raped a 15-year-old boy then slapped an imaginary sticker on his shoulder while praising him for ‘”being brave”‘ 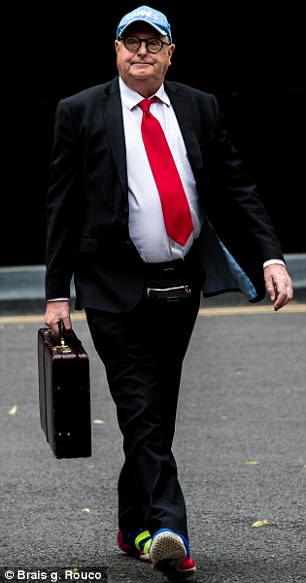 Jonathan King (pictured today) allegedly got a 15-year-old boy and raped him in his flat before telling him: ‘You have just won the Jonathan King order of merit for being brave’

Pop personality Jonathan King raped a 15-year-old boy then slapped an imaginary sticker on his shoulder and commended him for ‘being brave’, a court heard today.

King, 73, allegedly used his fame to lure teenagers into his ‘creamy white’ Rolls Royce in the 1970s and 80s, taking them for dinner, drinks and a tours of his Bayswater flat.

Many of the boys have told his child abuse trial that he would offer them free records or gig tickets before allegedly attacking them in his west London home.

Jurors heard one of his victims did not come forward until he read an interview recently where King had bragged: ‘The only apology I have is to say that I was good at seduction.’

The victim, who was 15 at the time, told Southwark Crown Court today: ‘If he had kept his mouth shut I probably wouldn’t be here now. It wasn’t seduction I was raped.

‘When I saw what he said it just made me so angry, it upset me. I actually broke down in tears to the police operator’.

The alleged victim described how King rolled up beside him in a big white Daimler on Percy Street, Fitzrovia, in April 1970, ‘The window was down and I thought the driver wanted information so approached that car.

‘He said, “Hi, my name is Jonathan King. I’m looking for young people to help me market my record, just go round with stickers and posters – would you be interested?” – and agreed to meet at a pub later. 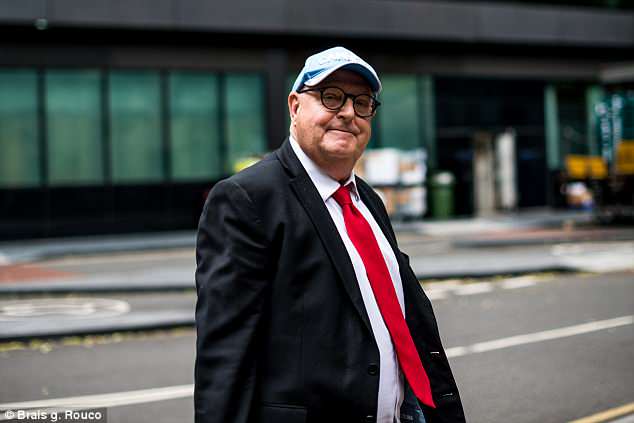 He asked if the boy was hungry and he took him to a Chinese restaurant he claimed went to with his ‘best friend’ Kenny Everett and got him drunk on beer, it is alleged.

Afterwards King told the boy he wanted him to come back to his house to listen to some records and that it was close by.

King sat him in the lounge and offered more drink, ‘either or a whisky or a bourbon with coke, it just seemed like a good idea at the time, I didn’t think anything would come of it.’

In between a few more whisky and cokes, King showed him round, golden records on the wall and his music room with Gerrard SB25 turntables.

He told jurors: ‘It was something that I longed for, they were the top of the range turntables.’

They listened to ‘Same Old Song’ and ‘Hooked on a Feeling’ while King plied him with more booze.

‘The next thing I remember was being naked in his bed, can’t remember how,’ he said.

‘It was double or king sized with black satin or silk sheets. He was naked and got into bed with me.

‘I can remember I was a bit in shock but I do remember saying, ‘No, no please don’t do this.’

‘I then felt something bad was going to happen. He wrapped his arms around me and wrapped his legs around me so I couldn’t move, I don’t think I could’ve anyway because of the drink. 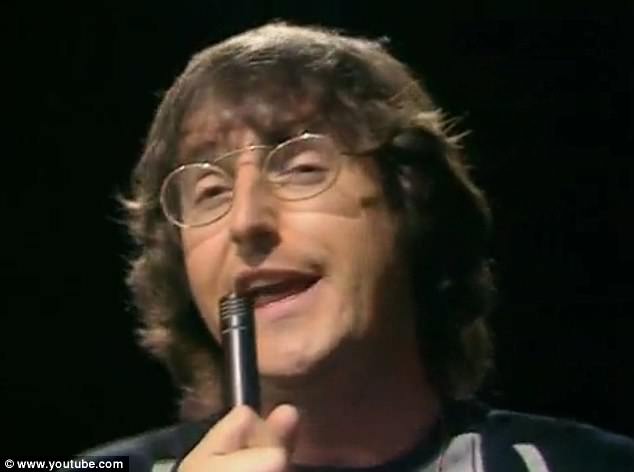 King, pictured on Top of the Pops in 1976, around the time the offences allegedly took place

He said King gave him a five pound note for his taxi home – not enough – and he stuck an imaginary sticker on his shoulder, saying ‘You have just won the Jonathan King order of merit for being brave.’

Who is Jonathan King and why is he famous?

Cambridge graduate Jonathan King rose to fame as a singer, songwriter and music producer in the 60s and 70s.

He discovered Genesis and wrote and produced hits for teen idols the Bay City Rollers.

During time in New York in the 1980s, he hosted the BBC TV show ‘Entertainment USA’.

The alleged victim said he never told his parents.

‘The defendant used his position in the music industry and his fame to lure boys into his Daimler or Rolls Royce, where he would flatter them and pretend to them that they could help him with research or promotion.

‘He would drive them to his home where he would give them alcohol or promise them sex with teenage girls and show them pornography.

‘When they were in his power and in no position to repel his advances he would assault them.

‘It appears that it was a game of manipulation and power over boys aged 13 to 16.

‘The defendant preferred them straight and immature or inexperienced so that he could achieve his objective of sex with gifts of records and tickets for concerts, meals and alcohol, insincere compliments and false promises.

‘He would play the same routine again and again, honed for success.’

Cambridge graduate King had hits with ‘Everyone’s Gone to the Moon’ and ‘Una Paloma Blanca.’

He discovered Genesis and wrote and produced hits for teen idols the Bay City Rollers.

King, of Bayswater, denies 17 charges of indecent assault and seven of buggery on males aged between 16 and 21.

In April 1970, he pulled up alongside a 15-year-old on Tottenham Court Road in his white Daimler Sovereign Saloon and asked whether he wanted to help him promote some records.

The car was fitted with tinted windows, a TV, a stereo and cocktail cabinet. 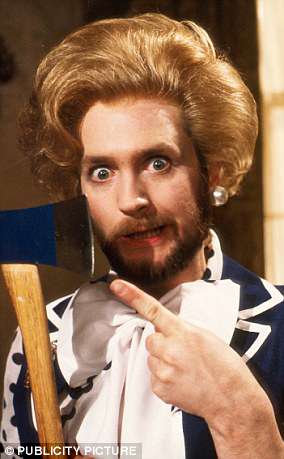 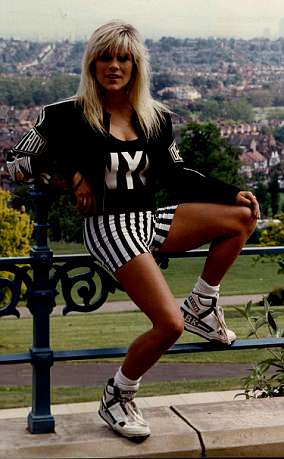 King name-dropped stars from the time like comedian Kenny Everett (left) and model Samantha Fox (right), the court was told

He took the boy to a Chinese restaurant and got him drunk while name dropping Kenny Everett before and then took him back to his home.

The prosecutor described how the victim was shown King’s music room and ‘his next memory was of waking, naked, in the defendant’s bed which had black shiny sheets.

After carrying out a sex attack on him, King gave him £5 for a taxi home and he never saw him again.

The prosecutor showed jurors a video of King’s home, pointing out a topless picture of 1980s page three model and singer Samantha Fox.

‘Samantha Fox is someone who the defendant occasionally described as his girlfriend to one or two of these young men,’ she added.

One said he was ‘star struck’ when King pulled up in his car and started speaking to him.