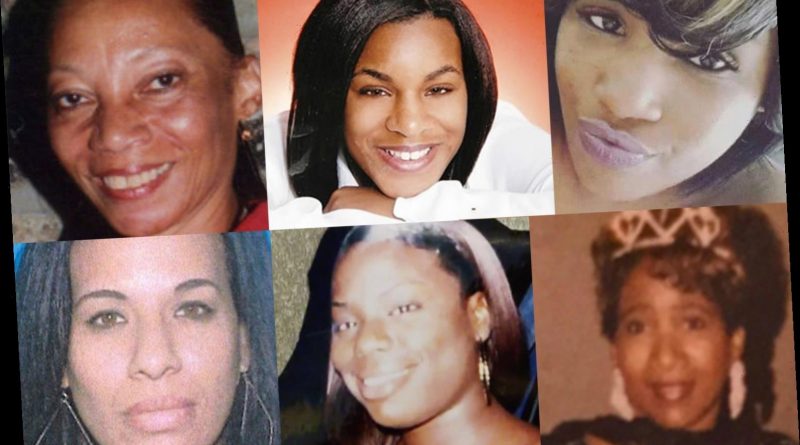 Chicago resident Nancie Carolyn Walker loved to dance. She was the captain of her high school cheerleading team, studied accounting at Columbia College and later opened up a yoga and jazzercise studio and bought five residential buildings. The 55-year-old entrepreneur disappeared on Jan. 28, 2003, and seven weeks later her dismembered remains were discovered in three contractor bags on the Bishop Ford Highway. She had been strangled.

Seven months earlier, on June 12, 2002, the strangled body of Gwendolyn Williams was found behind a Dollar Store in Chicago. Williams' mother died before she ever found out what happened to her 44-year-old daughter.

Their deaths, along with those of 49 other women, prompted Roosevelt University journalism professor John W. Fountain to "shine a spotlight on this story in a way that had not been done in the city of Chicago," he says.

Fountain, a former New York Times national correspondent and former Chicago Tribune chief crime reporter,  says he decided to focus on the killings after he heard about the Murder Accountability Project, a research group that tracked the 51 deaths and believes the killings may be the work of a serial killer or killers.

"As I began to look for stories about who these women were, what was very striking to me was that there were not stories about the humanity of these women," says Fountain. "The stories focused on this sensational notion that there might be a serial killer loose, but not on the women themselves."

"If there were 51 dogs killed in the city of Chicago, we would be up in arms," he adds. "These are 51 women and we should care."

Last January, Fountain tasked 15 of his journalism students to examine the slayings of the mostly African American women. The women, who were killed between 2001 and 2018, were found in alleys, abandoned homes and vacant lots, mostly in the west and south sides of Chicago. Some were strangled or asphyxiated. Others had been dismembered. The women ranged in age from 18 to 58.

The goal, says Fountain, was not to solve the murders but to humanize the victims, and tell their stories.

"Our job was not to solve the case, but to shine light on the case in the hope that it would be solved and the families would have solace and these women would ultimately have justice," says Fountain.

The students set out to track down victims' family members — and got mixed reactions from them, says Fountain.

"One of the obstacles that I did not anticipate that we ran into was the fact that this story, when it had been written, the women had been mischaracterized as prostitutes and drug addicts," he says. "There were many relatives who were very offended by that. And some of them simply did not want to talk to us. And so we found ourselves having to dang near apologize for what had been done, and letting them know, the folks who would talk to us, that we were simply trying to tell the human story, not the fact that they died, or were killed, but the fact that they lived."

However, Fountain said some family members were happy that there was new interest in their loved ones cases. "We encountered a lot of tears of joy and shock that anybody would be interested in talking to them," says Fountain. "Some folks had not even heard from the police."

The students were able to speak to seven families and profiled 10 of them on unforgotten51.com, a website chronicling the students' work and raising awareness about the cases.