A federal judge on Monday blocked a $2.18 billion planned merger between Penguin Random House and Paramount Global'sSimon & Schuster, two of the world’s most dominant book publishers.

“The Court finds that the United States has shown that the effect of the proposed merger may be substantially to lessen competition in the market for the U.S. publishing rights to anticipated top-selling books,” Judge Florence Pan wrote in a redacted version of the decision that sided with U.S. antitrust authorities.

The decision to block the merger between the fourth- and fifth-largest publishers came after a 13-day trial that ended in August and featured high-profile testimony from the novelist Stephen King for the government. The government claimed the deal would have curbed competition in the market for rights to top-selling books, lowering writers' pay and reducing consumers' choices. The publishers countered by contending the deal would have let them compete with digital giants Amazon (AMZN) and Disney (DIS).

U.S. Assistant Attorney General Jonathan Kanter of the Justice Department's antitrust division described the decision as a victory for authors, readers and ideas, as well as for workers more broadly.

“The proposed merger would have reduced competition, decreased author compensation, diminished the breadth, depth, and diversity of our stories and ideas, and ultimately impoverished our democracy," Kanter said.

Penguin Random House did not immediately respond to Yahoo Finance's request for comment. For Simon & Schuster, Paramount Global said, “Paramount is disappointed by the ruling in this case. We are reviewing the decision and discussing next steps with Bertelsmann and Penguin Random House, including seeking an expedited appeal.”

Penguin Random House, one of a group of large publishers known as the “Big Five,” is the world’s largest English-language trade publisher. Simon & Schuster ranks as the fourth largest book publisher in the U.S.

The DOJ alleged that eliminating the companies’ head-to-head competition to acquire manuscripts through higher author advances lower advances and in turn decreases the number and variety of books available to consumers. Plus, they said, more large publishing firms are needed because smaller firms lack the services of large firms and can’t take on risks that come with hefty advances. 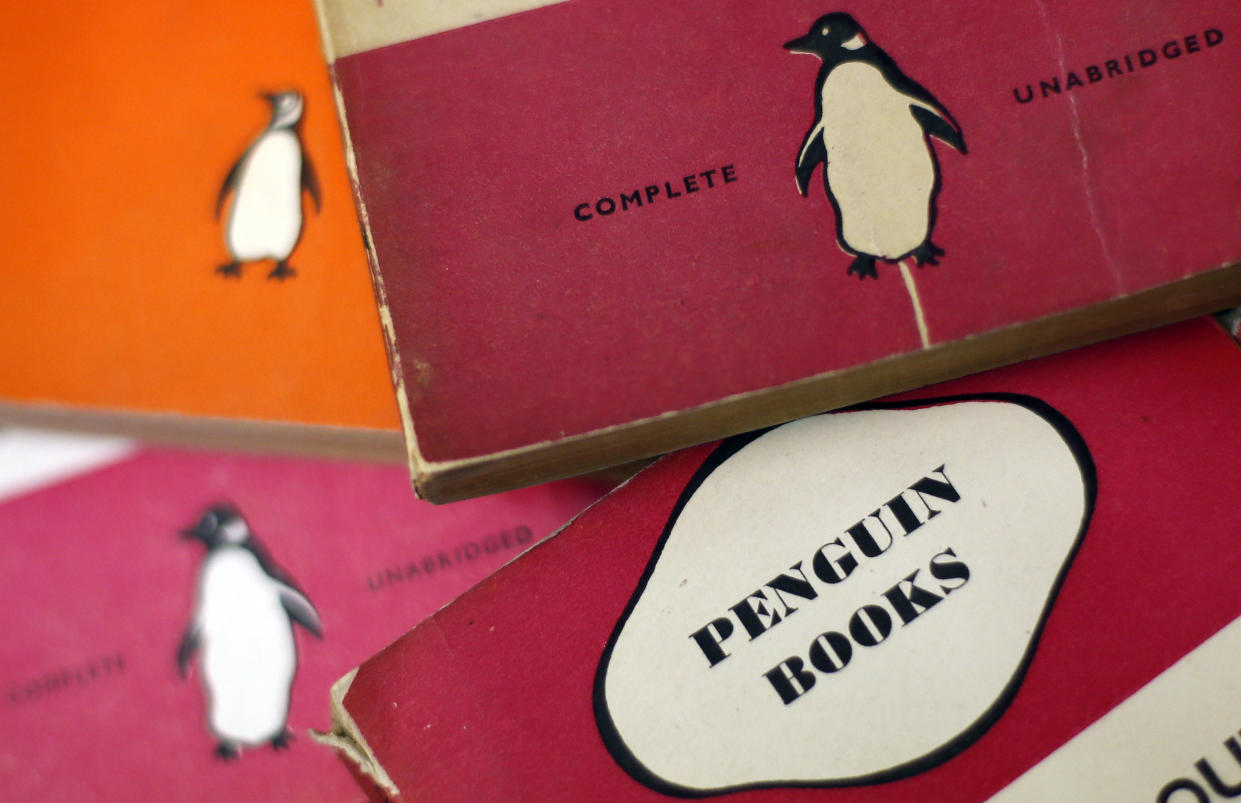 The judge issued a separate memorandum Monday with more detailed reasoning under seal because it contains confidential information. A public version of the broader ruling is expected to be filed later this week.