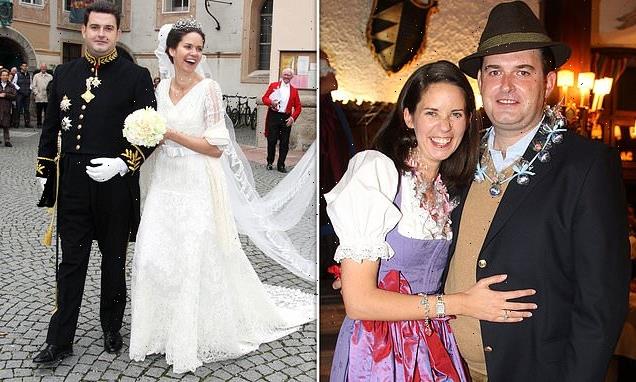 A Labour Party donor has been given a 12-month jail term for flouting court orders in a legal dispute over failing to pay £1million to his Austrian princess ex-wife.

Public relations consultant Anthony Bailey, 52, is fighting a legal battle with Marie-Therese Hohenberg Bailey, 49, over money and a Portuguese villa arising from their divorce proceedings in April 2018.

Ms Hohenberg Bailey, the great granddaughter of Archduke Franz Ferdinand, said her former husband has defied court orders on multiple occasions, including claiming he was unemployed and reliant on universal credit payments of £14 a day.

But she said Mr Bailey – who helped raise funds for both Tony Blair and Gordon Brown and donated £50,000 to David Miliband’s run for the Labour leadership – is still living at the €4million (£3.3million) Vila Aurore in Sintra, Portugal, has paid for a Tesla car, and has made a number of international flights.

A family court judge Sarah Gibbons had overseen a dispute over money at private hearings in London, ruling that Ms Hohenberg Bailey should receive more than £2 million – a figure that included her legal fees.

At a hearing at London’s High Court today, Mr Justice Peel was told that she was still owed about £1 million.

Ms Hohenberg Bailey, who lives in Twickenham, south-west London, was at the hearing today, but Mr Bailey was not in court, though he was represented by lawyers.

Barrister Chris Barnes, who led Mr Bailey’s legal team, said he understood that his client was in Portugal.

Mr Justice Peel today sentenced Mr Bailey to 12 months in jail, saying he has ‘obstructed the court at almost every opportunity, deploying numerous tactical plays to delay the process’. 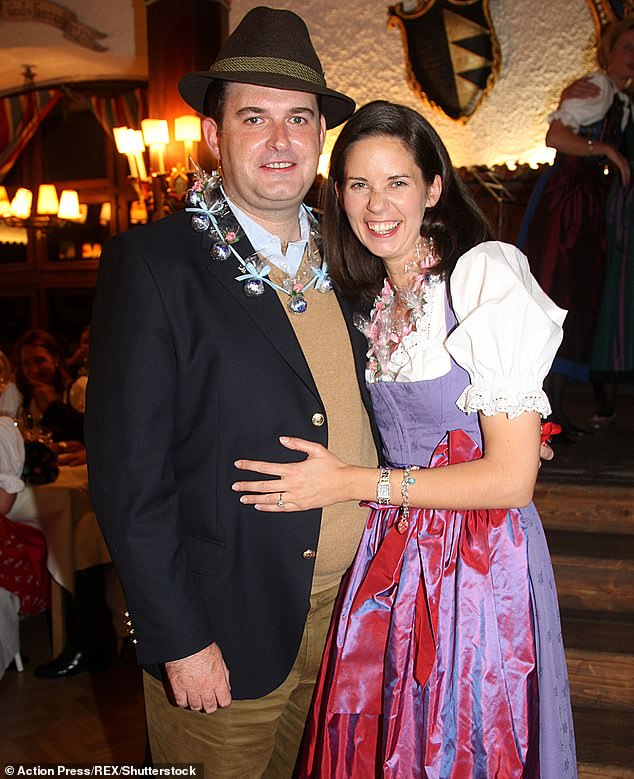 The judge continued: ‘He has continued to present himself as the aggrieved part in this. He has, it appears, continued to enjoy a very comfortable lifestyle, in contrast with his wife.

‘His behaviour displays wilful obstruction and broad-scale contempt for the court.

‘It is a shameful spectacle deserving considerable opprobrium.

‘Although the husband can, of course, apply to purge his contempt and should he make good his breaches, I will be likely to look favourably on his application.’

Mr Bailey was ordered to pay over £8,000 of Ms Hohenberg Bailey’s legal costs for two hearings.

Ms Hohenberg Bailey had also been seeking Contempt of Court orders against Cyril Woods, Baron of Slane, and Farley Rentschler, for alleged breaches of court orders relating to third party mortgages on the Vila Aurore.

Mr Justice Peel sentenced Mr Woods and Ms Rentschler each to four months imprisonment suspended for 28 days, unless they remove the third party mortgages on Vila Aurore from the Portuguese land register.

Mr Bailey had breached orders requiring him to take steps to realise assets, and an order designed to prevent him leaving the legal jurisdiction of England and Wales, Mr Justice Peel concluded.

The judge said Mr Bailey’s behaviour had been designed to deprive Ms Hohenberg Bailey of money she was entitled to.

Mr Justice Peel said a custodial sentence was justified, and Mr Bailey would serve six months before being eligible for release on licence.

The judge also said Mr Bailey could comply with orders and apply to purge his contempt.

Lawyers representing Ms Hohenberg Bailey said Mr Bailey had highlighted his involvement with the Catholic Church and had been made an OBE for his work as an inter-faith campaigner.

But they said his ‘willingness to lie’ and the ‘blatant contempt’ he had shown to the court was inconsistent with the ‘pious image’ he presented.

Ms Hohenberg Bailey has to date amassed around £1m in legal bills, the High Court has heard.

Mr Bailey claimed he was too unwell to fly to the UK to attend the hearing in person. 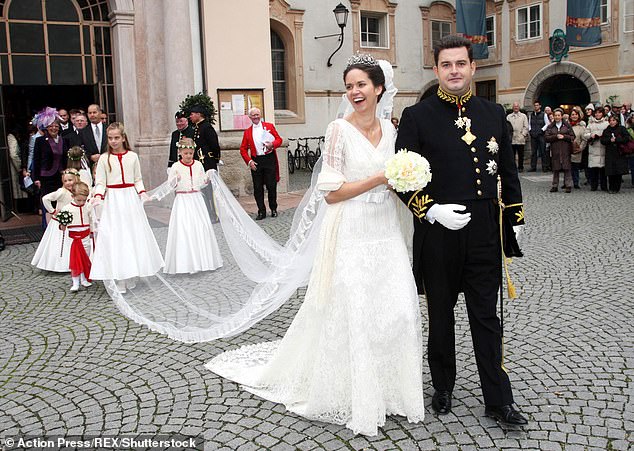 He had attended a hearing on 20 January this year by an online video call.

Mr Bailey was also served with two court orders to surrender all of his travel documents before moving to Portugal on 26 May last year for medical treatment, but claimed he was not properly served with either order.

He also told the court he has ‘huge debts and loans’ totalling over £2m.

Mr Bailey had said in a statement submitted to the court: ‘The decision to make these proceedings public will cause me reputational damage and stress to the extent that if her application is granted, I will suffer punishment for the alleged breaches, before the case has even been heard.

‘I fear that such negative publicity will severely hinder my ability to obtain meaningful employment.

‘I urgently left the country myself due to the significant downward turn in my medical situation and nothing else.’

The Vila Aurore boasts 6 bedrooms, a swimming pool, a sauna, and extensive gardens, according to legal papers filed with the court on behalf of Ms Hohenberg Bailey.

Mr Bailey claims he was in debt to Mr Woods and Ms Rentschler, but the promissory notes he produced as evidence for this debt were later found to be fraudulent, it is said.

He also admitted travelling to Spain, Germany, and Rome for ‘rest and relaxation’, the court heard.

Georgina Howitt, for Ms Hohenberg Bailey, said: ‘In the context of Mr Bailey’s broader conduct, Mr Bailey’s evidence should be received with some scepticism.

‘It is not beyond the bounds of credibility that Mr Bailey received both passport orders and is misleading the court.’

Earlier Julian Ribet, partner at Ribet Myles LLP, which is representing Ms Hohenberg Bailey, said: ‘No parent involved in a financial case on divorce wants to have to bring an application for the committal of the other parent to prison.

‘But in certain, rare cases, when there is blatant, repeated and wilful non-compliance with court orders then it may be necessary to ensure that justice is done and a fair outcome is achieved as envisaged by the court.’