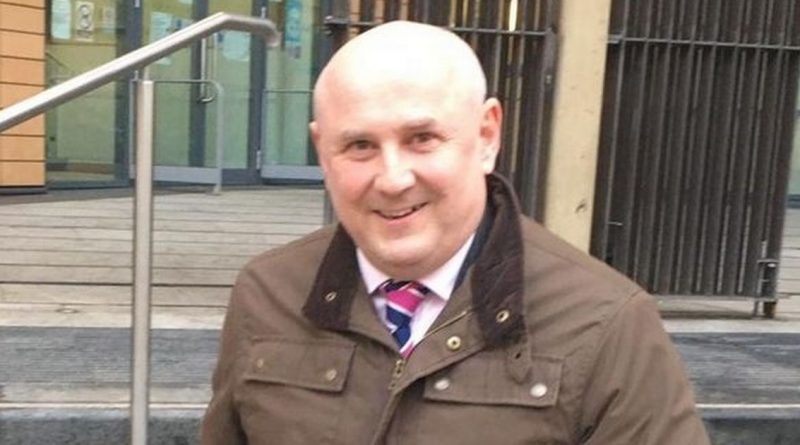 An anti-lockdown protester had a junior doctor’s harrowing account of treating coronavirus patients read to him in court.

Robin Campbell, 53, then launched into a series of false statements downplaying the severity of the pandemic.

He took part in a march through Bristol on November 14 to oppose the second national lockdown with around 400 others, BristolLive reports.

Bristol Magistrates’ Court heard he had a megaphone and no face mask, and the prosecutor said there was a suggestion he organised the gathering.

Campbell, who said he used to work for spy agency GCHQ, admitted being in a gathering of more than two people and was fined £1,500 on Thursday.

District Judge Lynne Matthews slammed him for putting others at risk.

She read a newspaper account by a doctor of working on a high dependency unit.

The account said: “The patients don’t ask many questions, mostly because they need to spend all of their energy breathing.

“I almost never have good news to deliver.

"Hearing people cry on the other end of the phone, knowing that I am bringing them news of the worst day of their lives is heartbreaking.

“The most distressing part of their struggle is the air hunger. You can spot these patients easily, as they grasp the masks to their faces with both hands and gasp visibly for air.”

When she finished reading, she asked if he was aware of this situation.

He replied: “Thanks for reminding me of that. I accept there are definitely some people suffering today during Covid.”

Campbell started to tell the judge about “the science” of coronavirus and said he had disagreed with “the proportionality of a lockdown”.

But the judge replied: “This won’t be a trial about whether lockdown is right or wrong.

“The regulations are in place and I have to punish people who breach them.”

Campbell claimed he didn’t know where he was supposed to voice his opinion and accused the media of trying to “gaslight us”.

The judge branded his claim “nonsense”.

Campbell advanced a conspiracy theory about vaccines but denied being an anti-vaxxer.

He then entered a guilty plea in court.

Campbell argued non-coronavirus patients had suffered because their treatment had been delayed.

The judge said she accepted there was a “negative effect” on some patients.

She added: “I know that, but that does not mean tens of thousands of people have not died of coronavirus.

“Steps are necessary to make sure more do not die. We had 1,000 die yesterday.”

Sentencing him, the judge said: “You have sincerely and genuinely held beliefs, but as an educated and intelligent man you knew the regulations, went to protest in breach of those and put others at risk, putting the NHS at a potential disadvantage.

“There would have been more pressure on the NHS and goodness knows they’re under enough pressure at the moment.”

2022 is make or break for Boris – he must tackle cost of living, crime and migrants
Travel