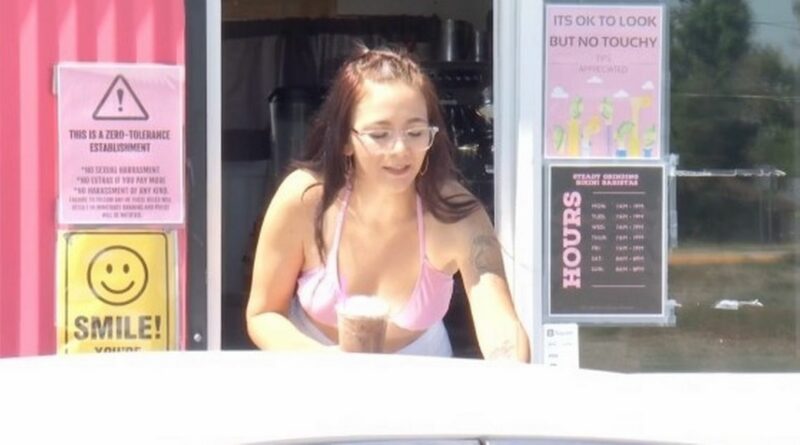 A judge has overturned a city ruling that banned coffee baristas from serving customers in skimpy bikinis after a US district court found the previous dress code laws were shaped by gender-based discrimination.

The law in question, which was passed in the city of Everett in Washington, USA in 2017 was deemed unconstitutional by the court last week, much to the delight of employees who felt clearly targeted in their line of work.

US District Judge Ricardo Martinez said the ruling violated the equal protection clause of the U.S. Constitution and Washington State Constitution’s 14th Amendment because it targets women's clothing and not men's.

READ MORE: OnlyFans wrestler raking it in 'taking hot pics and beating the crap out of people'

"Assuming the owners of bikini barista stands are unable or unwilling to enforce this dress code, at some point law enforcement will be asked to measure exposure of skin by some method,” Martinez declared in the ruling on October 19.

"This 'encourages a humiliating, intrusive, and demoralising search on women, disempowering them and stripping them of their freedom'."

A representative for the city of Everett, meanwhile, said it will be assessing the decision over the coming days and whether it has grounds for appeal.

The representative also notes a previous police report that argued having a dress code in place would cut down on several crimes linked to the bikini barista stands, including prostitution, lewd conduct and sexual assault.

"The city’s bare bones appeal to community standards and protecting women from exploitation are rooted in exactly such impermissible romantic paternalism toward women or sex stereotyping," plaintiffs argued.

"It is the embodiment of the belief that women must dress a certain way to avoid exciting men to sexual misconduct.

Or that society should be able to tell women — but not men — to cover up certain body parts because others might find those parts sexual. Those beliefs are rooted in impermissible stereotypes about what is not proper dress and behaviour for one’s sex."

It was also noted that at least one coffee stand – Dreamboyz in nearby Seattle – employed hunky men rather than women, who were permitted to work topless.

Following the judgement a barista dressed as Lily Munster working at Hillbilly Espresso told the Everett Herald she was relieved by the ruling.

"I think this protects our safety from law enforcement touching our body," Emma Dilemma told the news outlet.

"Who’s approving my outfit? Is it my female boss or some random dude cop that I don’t know? I don’t want them having to stick a ruler next to my body."