Judge says Top Gear should come with a warning as he jails hit-and-run BMW driver who killed RAF veteran, 81, when he sped through a red light at 60mph in 30 zone for six years 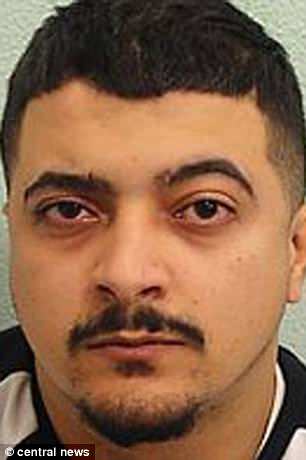 Ziad Hamed, 23, had already racked up 12 points on his licence before he mowed down Derek Raynor, 81, in his 5 series BMW

A judge has lamented ‘Top Gear culture’ as he jailed a young BMW driver for the hit-and-run death of a pensioner.

Ziad Hamed, 23, had already racked up 12 points on his licence before he mowed down Derek Raynor, 81, in his 5 series BMW.

He had only bought the car the night before, and was described as going ‘very, very fast’ by a witness.

Afterwards, he drove down quiet back streets and removed the number plates from his car in order to not get caught. Hamed handed himself in to police two days later.

He pleaded guilty to causing Mr Raynor’s death by dangerous driving and was jailed for six years and four months at the Old Bailey.

Sentencing, Judge Nicholas Cooke QC said: ‘There seems to be at the moment a culture of young males driving powerful cars at excessive speeds.’

He said the BBC motoring programme, hosted by Matt Le Blanc, should come with a warning – and notices on unacceptable driving ‘should be flashed at the start of every episode of Top Gear’.

He branded Hamed ‘a reckless and dangerous fool caught up in the culture’, and said that was why he killed someone.

He told the defendant: ‘You were just driving at double the speed limit because it felt good to do it.

‘The consequence of that is that someone has died. The fact is inescapable that have a bad driving record.

‘Had the system operated properly, you would have been disqualified. You failed to stop.

‘You must have realised you hit a pedestrian. You drove down back streets, and the removal of the number plates was a panicked stupid attempt to avoid detection

‘If I had unfettered discretion, you may be facing rather longer in custody.’

It emerged that Hamed should not have been on the road when he hit Mr Raynor, as he had been given six points on two separate occasions in 2016.

Judge Cooke said: ‘It is regrettable that the bereaved family should have to hear this. This defendant would have been disqualified from driving before the incident.’

He called it a ‘failure of the system, because had he been disqualified he might have been abiding by the disqualification not have been driving on the day in question.

‘On behalf of the system, the bereaved family deserve an apology. The system has failed them.’

The judge disqualified him from driving for four years, suspended until he has served half his sentence.

He will have to take an extended driving test when he is allowed behind a wheel again, and his BMW has been forfeited. 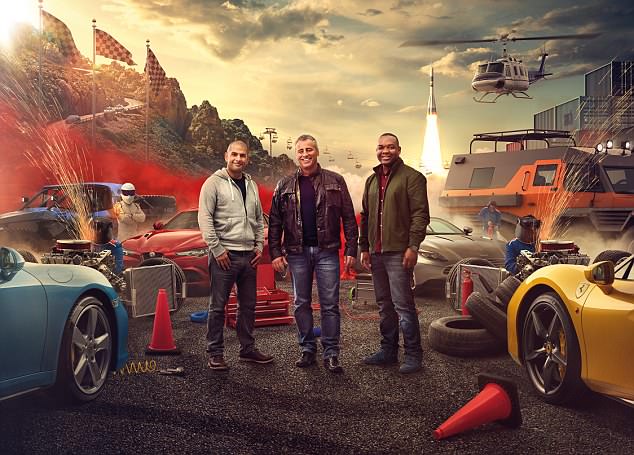 Judge Nicholas Cooke QC said the BBC’s Top Gear, hosted by Matt Le Blanc, should come with a warning – and notices on unacceptable driving ‘should be flashed at the start of every episode of Top Gear’

Hamed already has a string of past convictions including for cannabis possession, burglary and possession of an imitation firearm as a youth.

Following the hearing, the victim’s nephew, Tim Coaker, said: ‘As a family, we are relieved that justice has finally been done and that the court has recognised the severity of Hamed’s crimes.

‘While no jail term for Hamed will bring my uncle back, we are pleased with the sentence and hope that it serves as a message to motorists that reckless and dangerous driving will not be tolerated by the courts.

‘In addition, we are pleased that Hamed has been punished for his complete lack of remorse since he took my uncle’s life and his attempts to evade justice.’

Lawyer Patrick Maguire, from Slater and Gordon – which represents the family, said: ‘Hamed showed a flagrant disregard for others by travelling at dangerously high speeds in a residential area. He then jumped a red light, hitting Mr Raynor, before fleeing the scene.

‘His horrendous actions were then compounded further when he desperately tried to cover his tracks. Despite all of this, Hamed has shown no remorse for taking Mr Raynor’s life.

‘We are pleased that he has been jailed for a substantial period of time and hope this acts as a warning to other drivers that dangerous irresponsible driving will not be tolerated by the courts.’