Justine Greening today threw her hat in the ring for a future Tory leadership contest if Theresa May is forced out.

The former education secretary insisted she would be ready to stand for the party’s top job as she urged moves to improve social mobility.

It is the latest sign of jockeying among senior Tories as Mrs May comes under massive pressure over Brexit.

The PM is struggling to strike a deal with Brussels that can appease the Remainer and Eurosceptic wings.

But there is mounting speculation that Mrs May might not hang on for long even if she manages to thrash out an agreement with the EU. 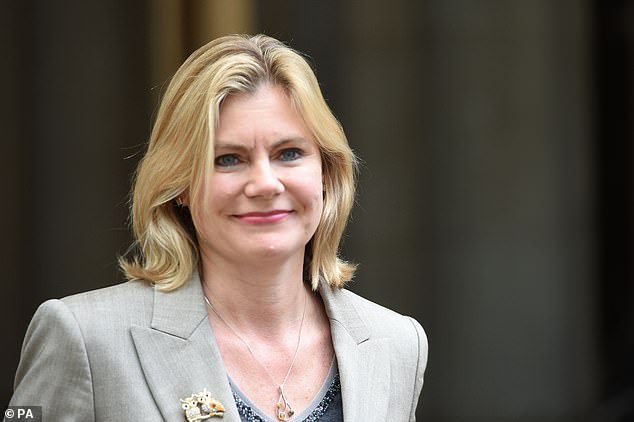 Ms Greening, a prominent pro-EU Conservative, quit Mrs May’s Cabinet in January after refusing to be moved from the education brief.

She told ITV’s Good Morning Britain: ‘We need a guarantee on opportunity for people in this country in the same way that we try to give them guarantees on health and guarantees on dignity if they are falling out of work.’

Told that it sounded like she was setting out a leadership manifesto, Ms Greening said: ‘Things need to change, don’t they, and I think people need to have some hope for the future, that Britain can be a country that runs differently and more fairly than it does at the moment.’

Asked if she would run if there was a vacancy, the Putney MP said: ‘I might be prepared to, but I’m more interested in the Conservative Party actually showing what it can do for this country.

‘Yes, we spent a lot of time having to fix the nation’s finances but what we now need to do is discover – maybe rediscover – our own mission, which has got to be about how we make sure that young people growing up everywhere in this county have the same access to opportunity.

‘It shouldn’t matter whether they have got parents who are maybe middle class, a bit more sharp-elbowed.

‘Talent is spread evenly. The challenge of Britain is that opportunity isn’t. That’s what we have got to fix.’ 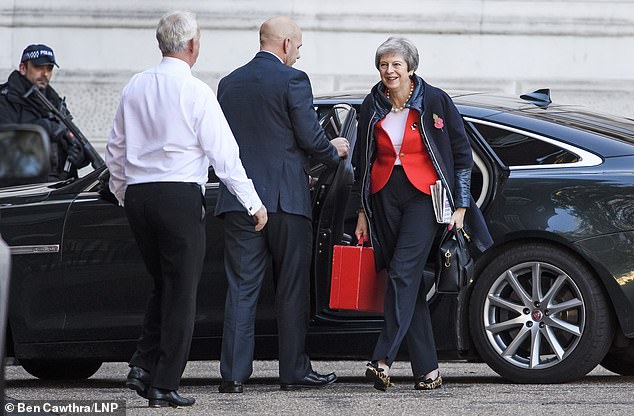