Monday night transported a generation of fans back into time as singers Monica and Brandy delivered some of their most beloved songs from the 90’s. And while eager viewers were anticipating the time hop, they were surprised to see vice-presidential candidate Kamala Harris kick off the epic Verzuz battle.

“I just wanted to thank you ladies, you queens, you stars,” Harris said excitedly appearing on a screen positioned between the two women. “Thank you for doing this for When We All Vote. It’s so important for everyone. You both used your voice in such a powerful way, and an extension of our voices is our vote.”

On Twitter, fans shared their surprise to see the California senator whose name went trending along with #Verzuz and Brandy and Monica.

This is not the first time When We All Vote, got in on a cultural moment. Outside of the virtual dance parties meet voter drives they’ve hosted with Club Quarantine creator DJ D–Nice,  Michelle Obama’s voting rights organization has also teamed up with Babyface and Teddy Riley following their epic battle for a voter registration drive. And the nonpartisan org was also there for the virtual Roots Picnic at the end of June.

“When We All  Vote is a non-profit nonpartisan organization on a mission to change the culture around voting and increasing turnout,” Crystal Carson, director of communications for When We All Vote told ESSENCE on Monday night. “To change the culture means we have to be in the culture, and iconic events like tonight’s Verzuz, is just that.” 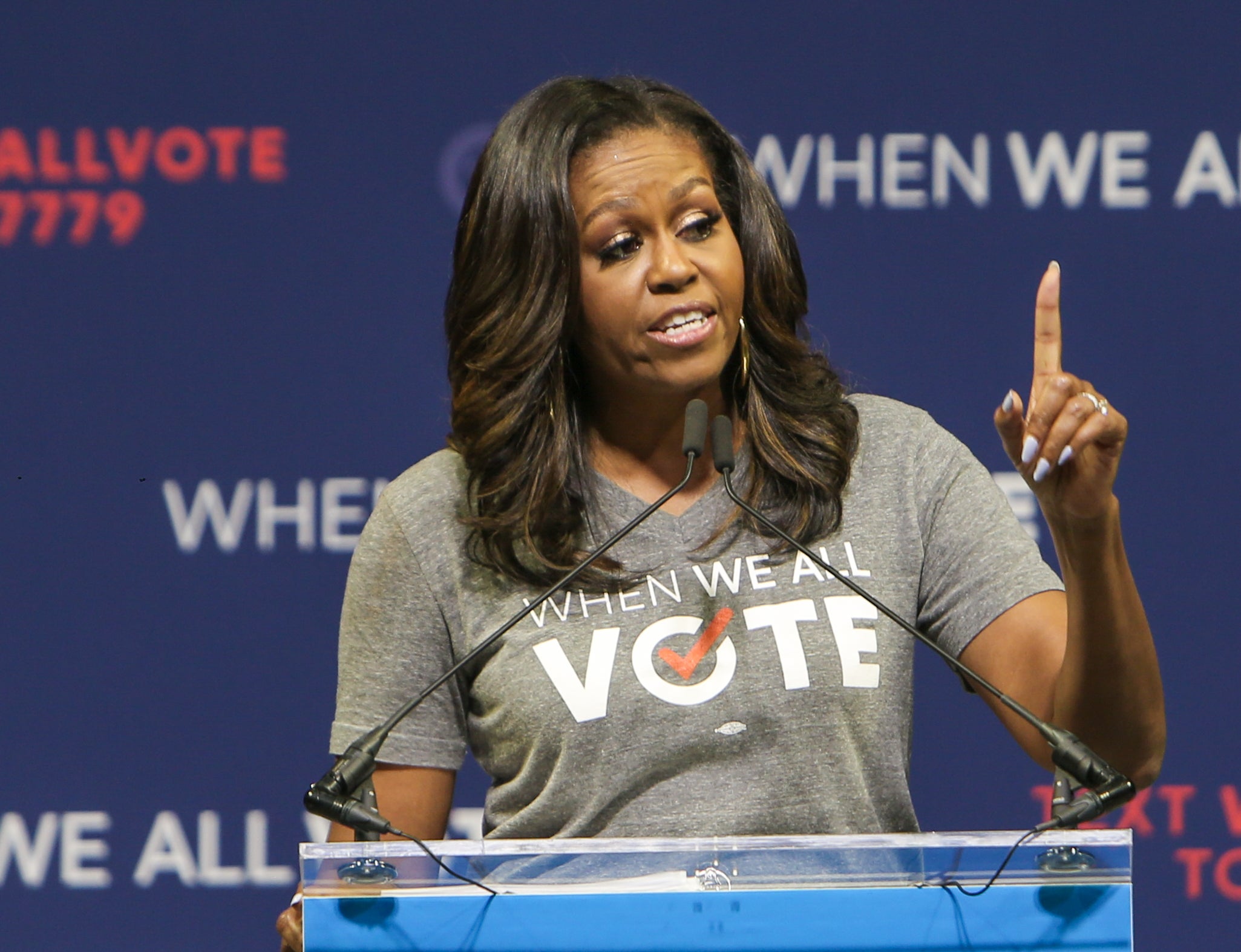 Both Monica and Brandy expressed excitement to be able to join with the organization for the memorable battle, and were particularly delighted when Harris appeared on the screen rocking her Howard sweatshirt. Brandy shared that she was “fangirling” over the cameo and Monica noted how meaningful it was for both of them to be able to come together for such a critical cause.

“We understand the importance of people getting out and voting right now,” the Atlanta-based songstress said. “And they feel so helpless right now, but that’s how you help yourself, help your community, help your brothers and sisters.”

In the comments, presidential nominee Joe Biden also popped up, as well as Representative Alexandra Ocasio Cortez and the woman responsible for it all, Michelle Obama.

Carson told ESSENCE that the org was “incredibly proud” to work with Verzuz on the Brandy v Monica mash-up. They hope a swath of voters were encouraged to register and make their voices heard ahead of the 2020 general election.