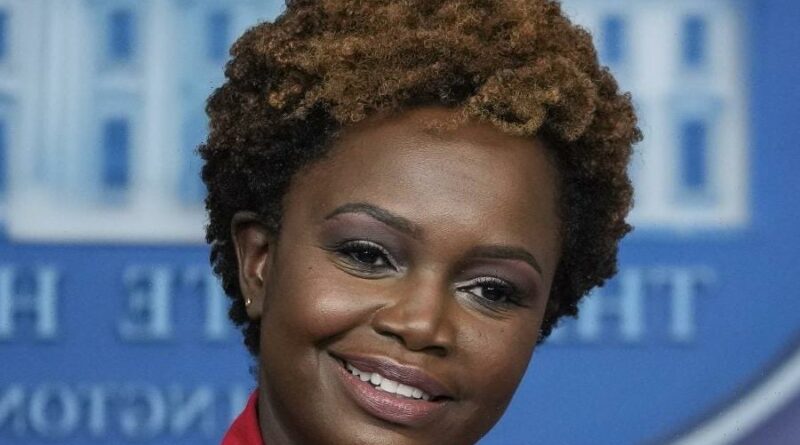 Karine Jean-Pierre will become the new White House press secretary, replacing Jen Psaki next week, President Joe Biden announced in a statement on Thursday. Jean-Pierre makes history in the role as she will be the first Black and out LGBTQ person to hold the position.

Currently she serves as the White House’s principal deputy press secretary, a position she has held since Inauguration Day.

“Karine not only brings the experience, talent and integrity needed for this difficult job, but she will continue to lead the way in communicating about the work of the Biden-Harris administration on behalf of the American people,” Biden said in a statement praising Jean-Pierre.

Jean-Pierre was born in Haiti and immigrated to the U.S. as a child, growing up in Queens, New York. Last May, Jean-Pierre became the second Black woman in history to hold the daily press briefing when she filled in for Psaki behind the White House podium.

Prior to her role on the campaign, she served as Chief Public Affairs Officer for MoveOn.org and an NBC and MSNBC Political Analyst. She also served as Regional Political Director for the White House Office of Political Affairs during the Obama-Biden administration and as Deputy Battleground States Director for President Obama’s 2012 re-election campaign. She served as Southeast Regional Political Director for President Obama’s 2008 campaign, Deputy Campaign Manager for Martin O’Malley for President, Campaign Manager for the ACLU’s Reproductive Freedom Initiative, and Deputy Chief of Staff and Director of Legislative and Budget Affairs for two members in the New York City Council.

In a tweet, Jean-Pierre thanked President Biden and First Lady Dr. Jill Biden for the opportunity.

“It is a true honor. I look forward to serving this Administration and the American people. I have big shoes to fill. [Jen Psaki] has been a great friend, mentor and excellent press secretary.”

Several media outlets reported in April that Psaki was planning to leave the White House to take an on-air role at MSNBC.