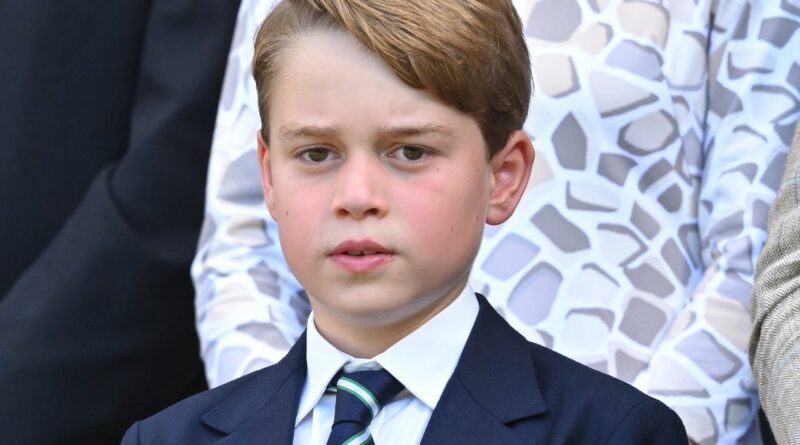 Kate Middleton had originally wanted a different name for Prince George but changed her mind because of a dog, a royal expert says.

According to the surprising report in The Times, the Duke and Duchess of Cambridge enlisted the help of the family's pet canine Lupo as they struggled to settle on a final name.

Having written all the possible monikers of their first-born child on pieces of paper, they then let the dog 'sniff out' the best one from the pile.

Kate had originally had the name Alexander in mind for her son, but reportedly decided to switch to George shortly after trying the unusual method. She instead settled on making Alexander his middle name.

Royal expert Katie Nicholl explained the lead-up to change of baby name, saying: "Courtiers insisted the pair had not found out the sex of their unborn baby, and friends close to the couple claim William wanted a surprise.

"Although Kate apparently suspected it was a boy and had set her heart on the name Alexander, they had not yet decided what to call their firstborn."

Lupo passed away in 2020 and the family now have another dog, also a black cocker spaniel, called Orla.

The first of Prince George's middle names, Alexander, pays tribute to the Queen. Her full name is Elizabeth Alexandra Mary. His second middle name, Louis, is shared with his dad.

While no official confirmation has been given by the royal household, it has been suggested Prince George could be leaving London to attend a new school shortly after his ninth birthday

George currently attends Thomas's School in Battersea, south London, but the Prince could be about to follow in his dad's footsteps and move to a boarding school outside of the capital.

William boarded at Ludgrove School in Berkshire from the age of eight, before attending the famous Eton College, as did his brother Prince Harry, and last year the Daily Mail reported that the Cambridges had been enquiring about schools in Berkshire for their children, as well as suitable nearby residences.