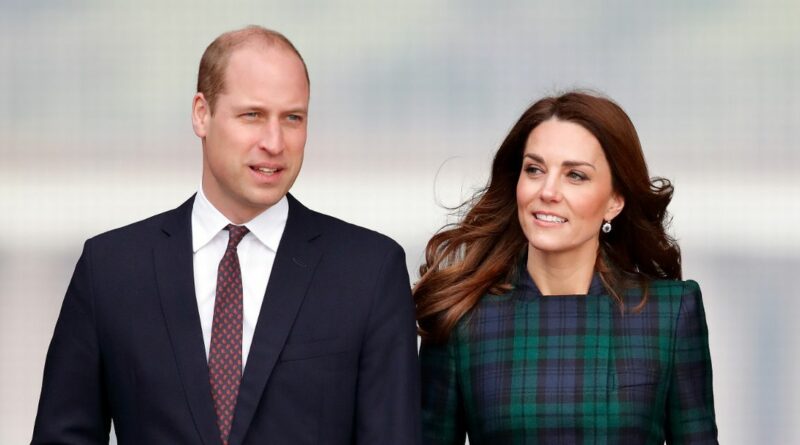 Kate Middleton was 'desperately unhappy' and bullied by mean girls at her school, a royal author has claimed.

The Duchess of Cambridge may have a picture-perfect life now with a prince as a husband and three gorgeous children, but it wasn't always a mirror image of a fairytale.

According to royal expert Katie Nicholl, Kate was "miserable from the start" at her secondary school Downe House in Berkshire.

As a teen, she attended the girls' boarding school where every girl was a high achiever, writes RSVP Live.

"Everyone wanted to be the best, the fittest, the prettiest. I think Kate was miserable from the start," Kate's former schoolmate Emma Sayle said.

The duchess is adored for her elegance and demeanor now, but back then stood out for being slender and taller than other girls.

She was also the new kid in the class having joined the school at age 13, missing two years of bonding which was made worse by the fact she was a day boarder and didn't stay there full-time.

Kate didn't make the school lacrosse team, Nicholl said, and felt left out and "teased for being gangly and lanky."

"It does make a difference going from eleven," another former Downe House student named Georgina Rylance told the Sunday Times, according to Nicholl.

"You have two years of bonding, your first time away all together. Even some of the most popular girls in my school had a hard time when they came in at thirteen."

"Being especially slender and a head taller than her peers, she stood out for the wrong reasons and was teased for being gangly and lanky," Nicholl said.

"It is a very cliquey school and there was a lot of pressure," Sayle added. "The girls were all high achievers, and there were lots of girls with eating disorders."

Kate ended up leaving and moving to another school and was reportedly told she was being "too sensitive" by school officials.

"She may well have felt like a fish out of water, or unhappily not in the right place," said school headmistress Cameron.

“Certainly, I have no knowledge of any serious bullying at all. But there's what everyone calls bullying, and there's actual, real, miserable bullying where someone had a dreadful time.

"That certainly didn't happen. Yes, there would be teasing. It's all a part of the normal competition of growing up, of establishing a pecking order.

"Girls are cliquey by nature and they can be rather cruel. If you're attractive, too, that can be seen as rather a threat.

"They can sense those who are slightly weaker or who haven't shown their strengths yet, and it's those girls who are likely to end up being picked on or teased.

"I think it's fair to say she was unsettled and not particularly happy. Maybe in Catherine's case she just kind of went quiet and didn't say anything."