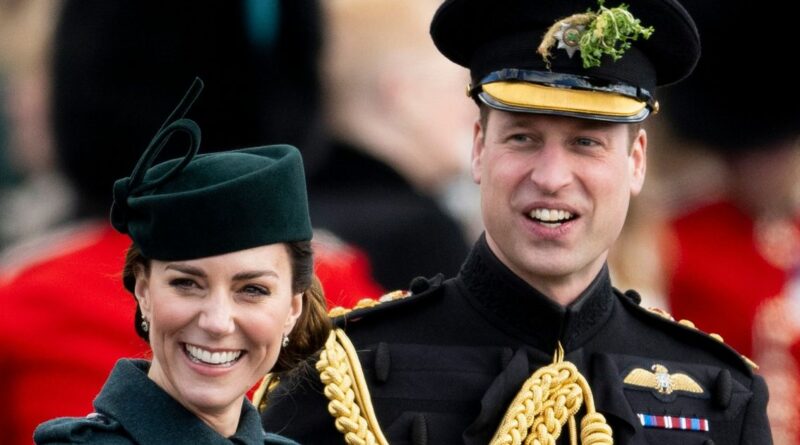 Kate Middleton has become Colonel of the Irish Guards, replacing her husband in a major royal shakeup that has seen Prince Andrew replaced as Colonel of the Grenadier Guards.

Buckingham Palace announced that the Princess of Wales will take up the title while Prince William will take the Colonel of the Welsh Guards title from his father.

And disgraced Andrew was replaced by Camilla, Queen Consort as Colonel of the Grenadier Guards after the position was left vacant when he was stripped of his royal titles following his high profile sex scandal.

READ MORE:'Trolls tell me to cover up over "naked" Grinch outfit – but it's just body paint'

Buckingham Palace said three members of the Royal Family have been appointed Colonels within the Foot Guards. There will be no change to the existing Colonelcies of the other Regiments within the Household Division, the Palace said.

This comes as the Firm also revealed that the King’s Birthday Parade, known as Trooping the Colour, will be held on June 17 in central London.

The King and the Prince of Wales will ride on horseback during the display, while other members of the Royal Family, including Kate and the Queen Consort, will watch from carriages and the Buckingham Palace balcony.

Trooping the Colour has marked the Monarch’s official birthday for over 260 years, and 2023 will mark Charles’ first appearance at the event as King, and follows his coronation which is due to be held on May 6.

Over 1,400 parading soldiers, 200 horses and 400 musicians take part in the display of military precision, horsemanship and fanfare.

The parade travels from Buckingham Palace down The Mall to Horse Guards Parade, and closes with a Royal Air Force fly-past.