‘Now we’re just trolling the French!’ Social media explodes after Kate Middleton and William choose a name favoured across the Channel and used by 18 French Kings (and a Jungle Book orangutan)

Kate and William’s decision to call their newborn son Louis has sent social media into a frenzy with many fascinated by their choice of a French name.

The fifth in line to the British throne shares the same moniker as 18 kings from across the Channel and many reacted with a ‘sacre bleu’ when they heard the news.

Piers Morgan suggested in a tongue-in-cheek tweet: ‘In a defiant two fingers to Brexit, William & Kate have given their baby a French name: Louis. One used by 18 French kings’.

Other reactions included: ‘I guess that means Will and Kate are Remainers’, ‘I guess after Brexit it will become Lewis’ and ‘So the royal baby has a French name.. sacre bleu!’

Some have also linked it the the chaos caused when the contract to make the British passport was handed to French-based company Gemalto.

And a vocal minority have hailed the name as a great choice, because it is the name of the orangutan from Disney favourite The Jungle Book. 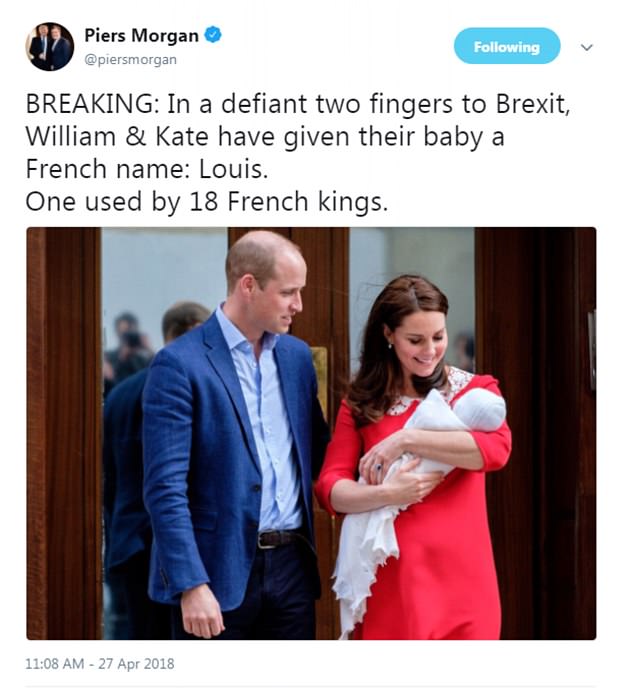 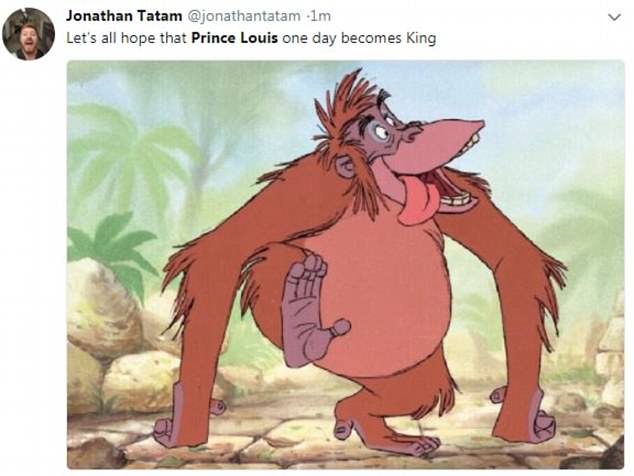