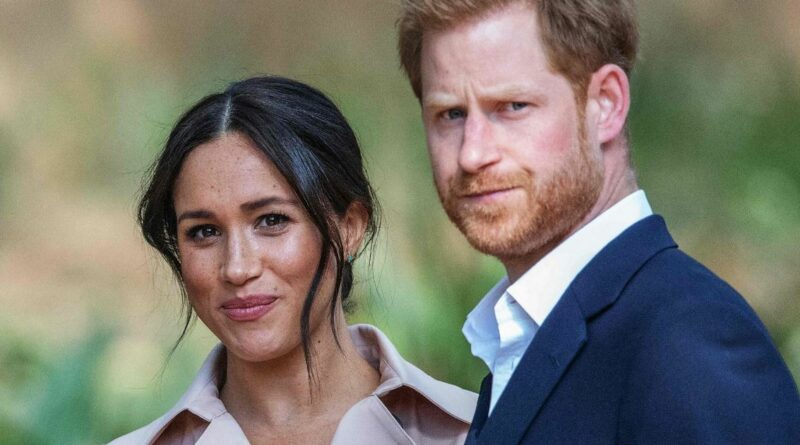 Prince Harry worried Kate Middleton in the lead up to his star-studded wedding to Meghan Markle, a royal biographer claims.

Kate Middleton was reportedly concerned that Meghan "appeared embarrassed" of her father, Thomas Markle, and other relatives.

The Duchess of Cambridge, who was close with Harry at the time, is said to have expressed this concern to Prince William's brother, telling him he should meet Meghan's father before the wedding.

Ms Seward said Meghan even seemed "unwilling to speak" about her dad to the Royal Family, and would only ever mention mum Doria Ragland.

Ms Ingrid said: "She could not understand why Harry had never met his future father-in-law, nor why Meghan, who Harry assured was The One and 'ticked all his boxes', appeared embarrassed about her family and unwilling to speak about them apart from her mother."

The Duchess of Sussex is now estranged from her father, who recently gave a Good Morning Britain interview about the couple in the wake of their bombshell Oprah Winfrey CBS special.

Mr Markle begged Meghan and harry to get in contact with him and vowed to keep speaking out until his daughter opens a channel of communication.

The interview sent shock waves through the Royal Family following Meghan's claims that concerns had been raised about the colour of Archie-Mountbatten Windsor's skin colour prior to his birth.

Harry also spoke on his relationship with Prince William and Prince Charles, claiming he ands brother's relationship is in a period of "space."

He added that his father cut him off financially and left him and Meghan no choice but to sign lucrative deals with Netflix and Spotify.

Ms Ingrid claims Kate has now been left with the role of "peacemaker" in the family feud, something she took very seriously following the death of Prince Philip.

The Duchess of Cambridge was seen chatting to Harry moments before he ran after William as the pair walked back to Windsor Castle.

She claimed: "Now, after all that has happened, Kate is burdened with the task of peacemaker.

"Her huge strength and inner resolve will stand her in good stead, but mending this broken relationship might be the one thing she cannot conquer."