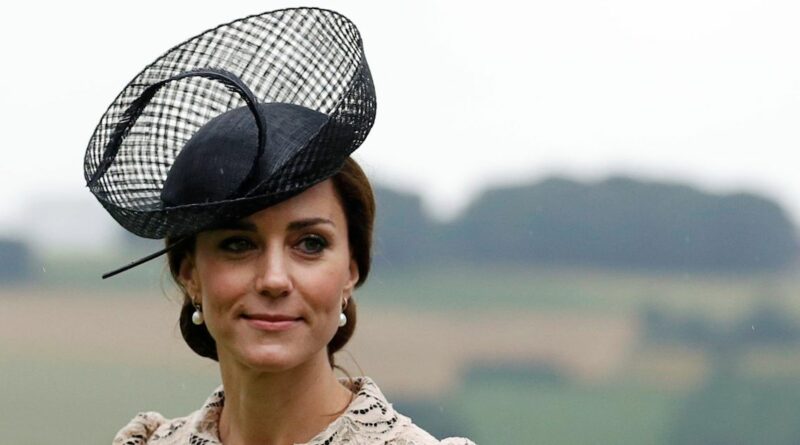 Kate Middleton's 'secret formula' for performing when out in public was 'learned' from another royal, according to a body language expert.

Judi James has previously said that Sophie, Countess of Wessex – who turned 57 yesterday – provided the model for Kate, with the pair having attended several senior royal duties together.

The two royal pals also share very similar birthdays, with the Duchess of Cambridge having turned 40 on January 9.

Despite their 17-year age gap, the women are close and have lots in common, highlighted by Sophie recently supporting Kate in attendance at her Westminster Abbey carol concert before Christmas, reports The Mirror.

Here, we take a look at how their adorable friendship has blossomed.

Welcome to the family

As Sophie married into the Royal Family 12 years before Kate, it appears she was happy to show her the ropes of royal life.

This has been evident whenever the two women have carried out engagements together, according to Judi James.

She told the Express: "Sophie’s formula does appear to have been copied by Kate too as ‒ so far ‒ she has managed to tread the very fine line of creating interest that is positive but not unmanageable.

"Many of the poses of the two women together show Sophie face-checking Kate with quite strong bouts of watchful-looking eye contact to suggest she’s taking a semi-maternal approach.

"She also [has] raised eyebrows and what’s called a ‘pinging’ smile that implies she wants to ensure Kate is enjoying herself."

Judi added that the two women sometimes mirror each other when walking side-by-side, but that it is often Sophie "projecting the stronger signals of relaxed confidence" while Kate smiles.

One thing that Sophie and Kate may have bonded over is the fact they both had relatively normal upbringings.

Sophie grew up in a middle-class family like Kate without any of the trappings of royalty.

Both women attended school and had experience of holding down regular jobs before marrying into The Firm.

Before Sophie married Prince Edward in 1999, she worked in PR, while before Kate's wedding to Prince William in 2011, she was an accessories buyer at fashion chain Jigsaw.

On marrying their husbands, both women also had to learn to navigate royal life and carry out engagements, with both now being seen as major assets to The Firm.

Sophie and Kate have also formed a 'naughty' and fun friendship, according to Judi.

In one picture of the pair from the London 2012 Paralympics, Sophie can be seen throwing her head back in laughter as Kate giggles from underneath the hood of her coat.

Judi told The Sun: "Kate looks delighted to have made Sophie laugh like this and the slight nose-wrinkling suggests she thinks she is being rather naughty here."

Another famous photo of the pair shows Sophie almost falling into Kate after she stumbles while climbing into a carriage at Royal Ascot in 2017.