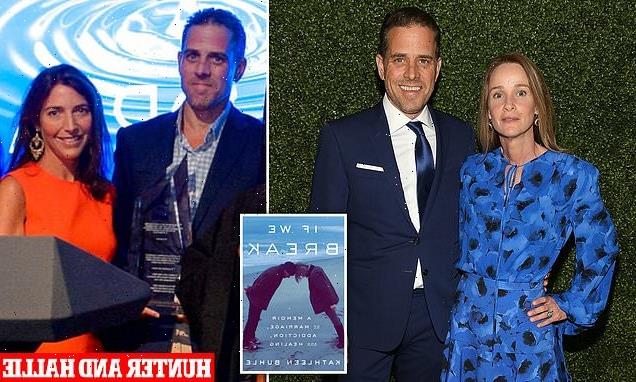 Hunter Biden’s ex-wife says she threw him out after finding a crack pipe in an ashtray, how her DAUGHTER revealed his affair with Beau’s widow Hallie, and writes about how he admitted to cheating with prostitutes and trying to drink Jack Daniels at 10am

Kathleen Buhle, the ex-wife of Hunter Biden, reveals a number of new details about her marriage in her forthcoming book, If We Break: A Memoir of Marriage, Addiction, and Healing.

On Wednesday, People magazine published excerpts of the tome, which is set to be released on June 14.

Buhle wrote that in the summer of 2015, she finally kicked Biden out of her house after finding a crack pipe in their ashtray. 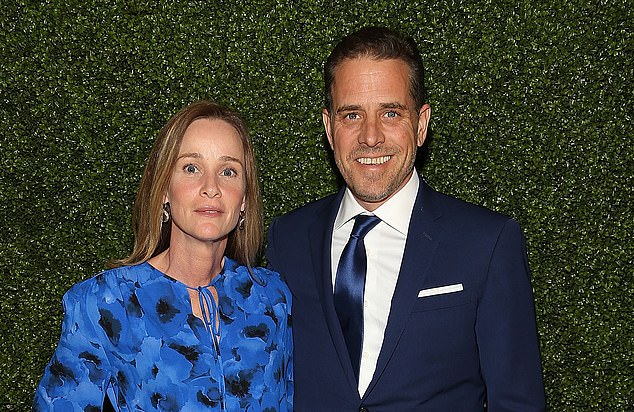 Kathleen Buhle (left) and Hunter Biden (right) photographed together in April 2016, after she had kicked him out of the house over his crack cocaine use and before her daughters revealed his affair with Beau Biden’s widow Hallie 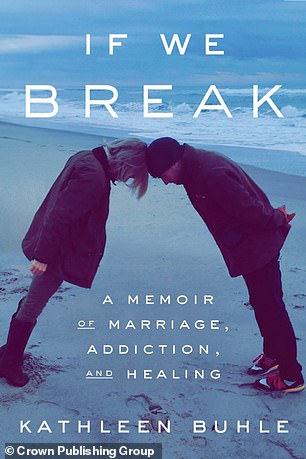 Kathleen Buhle (left) reveals a number of new details about her marriage to Hunter Biden (right) in her forthcoming book If We Break: A Memoir of Marriage, Addiction, and Healing, which will be released on June 14

This was after he already admitted to cheating on her with prostitutes when he traveled for work abroad.

But there were troubling signs of what was to come years before, she wrote.

Buhle recalled this was around the time Biden’s drinking ‘spiral[ed] from social to problematic.’

‘One Saturday morning when we had friends visiting, Hunter walked into the kitchen looking as if he hadn’t gone to sleep. I was making pancakes as I watched him pull a bottle of Jack Daniel’s out of the cabinet,’ she recalled.

‘We all stared,’ she added.

Beau Biden died in May 2015, leading Hunter to spend more and more time with Beau’s widow Hallie and their kids.

‘Our therapist told me Hunter needed to be up there, helping Hallie. “But what about his sobriety?” I asked her,’ Buhle wrote, with the therapist responding that ‘being with Hallie and her kids was an important part of Hunter’s grieving.’

But with the crack pipe discovery, Buhle realized he wasn’t sober, and she said she ‘called and texted Hunter compulsively’ through the fall of 2015.

‘There were charges at Lake Tahoe at a nail salon and a charge for two lift tickets. I found a credit card charge for $10,000 at a hot tub store in Los Angeles. I found hundreds at liquor stores and strip clubs,’ she recalled. 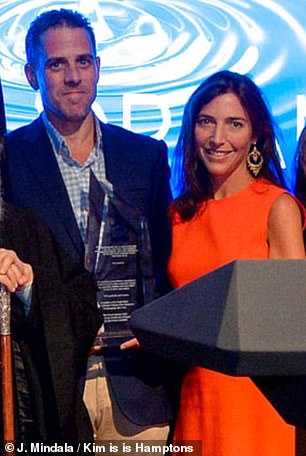 ‘The whole time, he told me he was healthy and sober – and I was crazy,’ she said.

She said she told Biden that she was ‘the one person actually trying to get him sober.’

‘It became my own kind of addiction,’ she wrote. ‘I didn’t want to admit, to myself or anyone else, how unhealthy our relationship had become, so my struggle was just one more secret.’

The biggest secret to be revealed came in November 2016 when her daughter Finnegan summoned Buhle to her therapist Debbie’s office.

‘What happened?’ Buhle asked Finnegan, who told her mother she didn’t want to talk about it over the phone.

‘Three miles later I was at Debbie’s house. I went straight through to the sunroom and found Finnegan curled in a chair, holding a pillow while she wept. I wrapped my arms around her. “Everything will be okay. All right?” I told her. “I love you,”‘ Buhle recalled.

Finnegan and her sister Naomi asked Debbie to deliver Buhle the news.

‘”Debbie,” Finny said once we had Naomi on speakerphone, “can you tell her? We can’t do it,”‘ Buhle wrote. ‘Debbie looked me in the eye and calmly said, “Kathleen, Hunter’s having an affair with Hallie.”‘

Buhle said all the could utter was ‘oh my God.’

‘This was all I said. Was this what shock felt like?’ she mused.

She asked her daughters how they knew.

‘We found his phone,’ Finnegan told her, with Naomi chiming in, ‘There were text messages between them.’

Buhle recalled that she could see ‘Finnegan’s face relaxing now that the secret was out and I hadn’t fallen apart.’

‘If anything, I felt a strange vindication,’ Buhle said. ‘Not only had I not been crazy, but it was so much worse than I could have imagined. I was shocked, but not heartbroken. Heartbreak had already flattened my self-esteem that past year.’

Debbie told Buhle that, ‘we called Hunter,’ and so the cat was out of the bag. ‘We told him we found the phone and we knew,’ the therapist said.

‘She looked directly at me. “From now on, Kathleen, no more secrets. I told the girls that from this day forward, you will tell them the whole truth,”‘ Buhle wrote.

‘No more secrets,’ the author added. ‘The idea was a relief.’