Home » World News » Kathy Hochul: 5 Things To Know About NY Lt. Governor Who Would Replace Cuomo If He Resigns 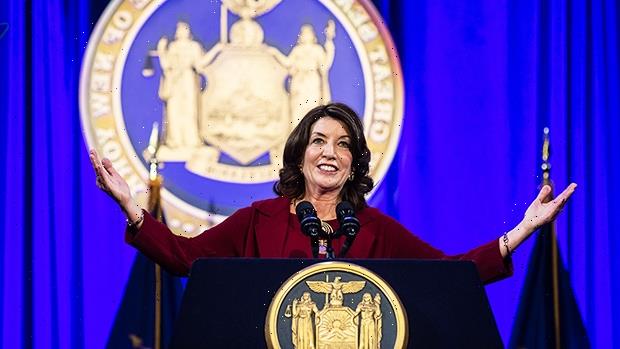 If New York Governor Andrew Cuomo resigns or is impeached, Kathy Hochul will become the first ever female governor of New York! Learn more about her impressive political career.

New York Governor Andrew Cuomo, 63, has received more calls for resignation in light of the findings of an independent investigation into allegations of sexual harassment against him. If Cuomo steps down or is impeached, he’ll be replaced by Lieutenant Governor Kathy Hochul, 62. When New York Attorney General Letitia James announced that investigators said that Cuomo had sexually harassed women, Hochul tweeted support for the victims. “Sexual harassment is unacceptable in any workplace, and certainly not in public service,” she wrote. “The AG’s investigation has documented repulsive & unlawful behavior by the Governor towards multiple women. I believe these brave women & admire their courage coming forward.” 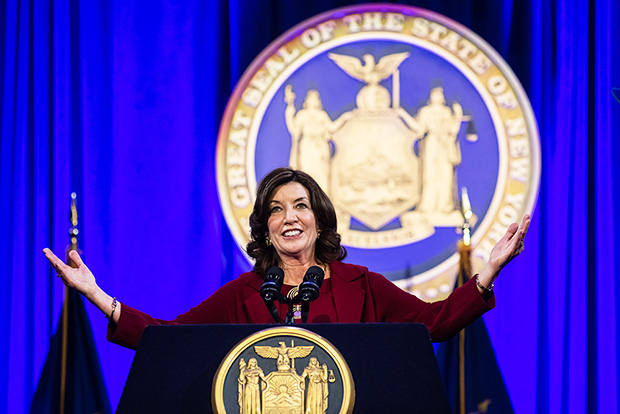 A Buffalo-native, Hochul started getting involved in politics while she was a student at Syracuse University. One of her most noteworthy and lasting impacts was her effort to have the college’s sports stadium named after Syracuse alum Ernie Davis, who was also the first Black football player to win the Heisman Trophy, rather than the “Carrier Dome,” which it was dubbed after a donation from Carrier Corporation. While she wasn’t successful in getting the name changed, the college later named the field inside the stadium “Ernie Davis Legends Field,” in 2009, via The New York Times.

Other political efforts that Hochul led during her undergraduate career were varied. Some notable campaigns included rallying students around a boycott of the school bookstore in protest of high prices, and convincing the university leadership to pull out investments in South Africa to protest Apartheid. While she was an activist on campus, she remained involved as an alumni, according to The Syracuse Post Standard. She often visited the campus and kept in touch with Kent Syverud.

After graduating from Syracuse, Hochul earned her law degree from the Catholic University of America in 1983. After graduating, she worked as an attorney at a private law firm, but quickly entered the world of public service with Democratic politicians, first as an aide to New York Congressman John LaFalce from 1984 to 1986 and then to New York Senator Daniel Patrick Moynihan from 1986 to 1988, via Ballotpedia.

3. Hochul Was A New York State Congresswoman For Two Years

After aiding the New York representative and senator, Hochul began striking out on her own for public office. She was a town councilmember for the upstate New York town of Hamburg. She was later appointed as the Deputy County Clerk of Eerie County in 2003, and she later became the county clerk in 2007, according to her bio. Perhaps most notably though, Hochul made her national political debut, when ran for Congress as the representative for New York’s 26th District in a special election, when Rep. Chris Lee resigned in 2011. She struck out on a middle of the road campaign that appealed to both Democrats and Republicans. “People don’t like the hyperpartisan, us-versus-them mentality. They want (representatives) to stop the fighting and work together to solve problems,” she told The Lockport Journal in 2011. 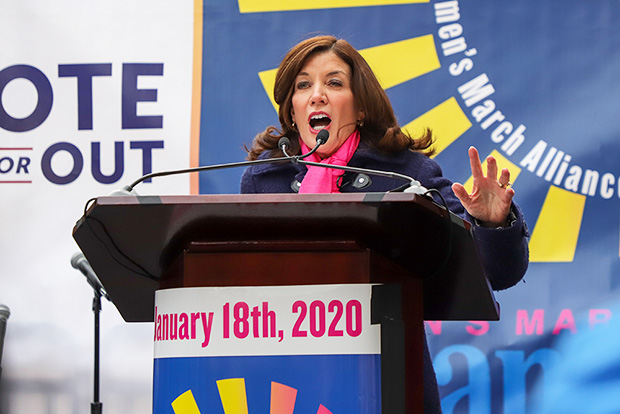 4. Hochul’s Work Outside of Office

Before she became the Lieutenant Governor, Hochul was M&T Bank’s Group Vice President for Strategic Relationships. Other than her work for the Buffalo, NY bank, Hochul was incredibly active in local efforts around her hometown and county. She worked with her mother and aunt to establish the Kathleen Mary House, which helps to provide housing to victims of domestic abuse, in 2006. She also started the Village Action Coalition, whose goal is to assist “local businesses survive competition from big box stores,” via her bio.

Hochul has remained an advocate for small businesses. She has tweeted on a number of occasions about local businesses she visits throughout New York, but it seems like she still has a particular fondness for upstate. Hochul campaigned on a commitment to working families. “Kathy is working with the Governor and state legislature to prioritize making lives better for all New York families – because no one working full-time should live in poverty,” her campaign site said. “Kathy has led efforts to lift up communities across this state and secured a record increase of workforce development funding.”

Part of Hochul’s dedication to the causes she supports seems like it came from her upbringing. Her grandparents were Irish immigrants, and her dad, Jack Courtney,  was a migrant worker and later a steelworker prior to meeting her mother. She and her husband William Hochul, a former U.S. Attorney for Western New York, moved back to the Empire State in 1991. They made the move after their first child was born at the advice of Hochul’s old boss, Daniel Moynihan. “He said to her: ‘In 30 years, you won’t remember the days you spent here in the office, but you will remember the days you spent with your children,’” her sister Sheila Heinze told The New York Times in 2011. The couple have a son and a daughter Will and Katie.