Katie Price has avoided jail again today after claiming she ‘misunderstood’ the rules of a restraining order when she sent a ‘vile and nasty’ message about her ex-husband’s fiancee.

The court heard the offence was a committed due to Price’s use of the words ‘tell your’, which was an indirect attempt to communicate with Penticost.

This was a contravention of the restraining order Penticost got against Price following a vicious tirade in a school playground.

Price avoided jailed but Lewes Crown Court gave her 170 hours of community service and she was ordered to pay £1,500 costs.

Her latest brush with the law is the most recent in a string of incidents during her 20-year career as a glamour model and reality TV star.

The former I’m A Celeb star, 44, was convicted earlier this year, just weeks after flipping her BMW X5 having spent the night drinking and taking cocaine – her ninth driving offence.

Price – who attended court today wearing an all-green outfit and was heard to tell a reporter to ‘suck my d**k’ after she was asked about the prospects of a prison sentence – had been banned from contacting Miss Penticost directly or indirectly for five years in June 2019. 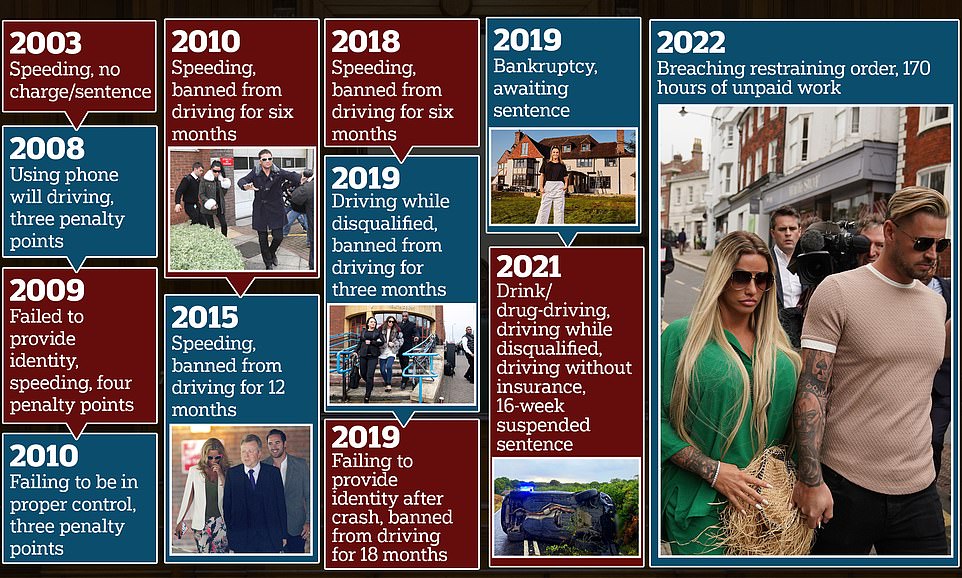 Katie Price escaped a speeding charge after police failed to arrest her within 12 weeks of allegedly clocking 70mph in a 40mph zone in her Range Rover.

After talking on the mobile phone while driving on April 18, Price landed three penalty points.

Price failed to provide the identity of the driver after her car was allegedly caught speeding in a 30mph zone and was later handed four penalty points after being clocked at 99mph and was handed four points on her licence.

Price was convicted for failing to be in proper control of her horsebox after veering into another lane in February and was given three points on her licence, bringing her total to 10.

Then in December she banned from driving for six months after doing 83mph in a 70mph zone in her home county of West Sussex.

Two years later, Katie was disqualified for 12 months for failing to respond to two speeding tickets in September.

Katie landed a six-month ban in February 2018 for speeding after totting up 12 penalty points for speeding.

In July, photos emerged of her driving while still banned.

Then in October she was arrested on suspicion of drink driving and spent 13 hours in custody after crashing into a VW Golf and a hedge on a gated estate at 2am. 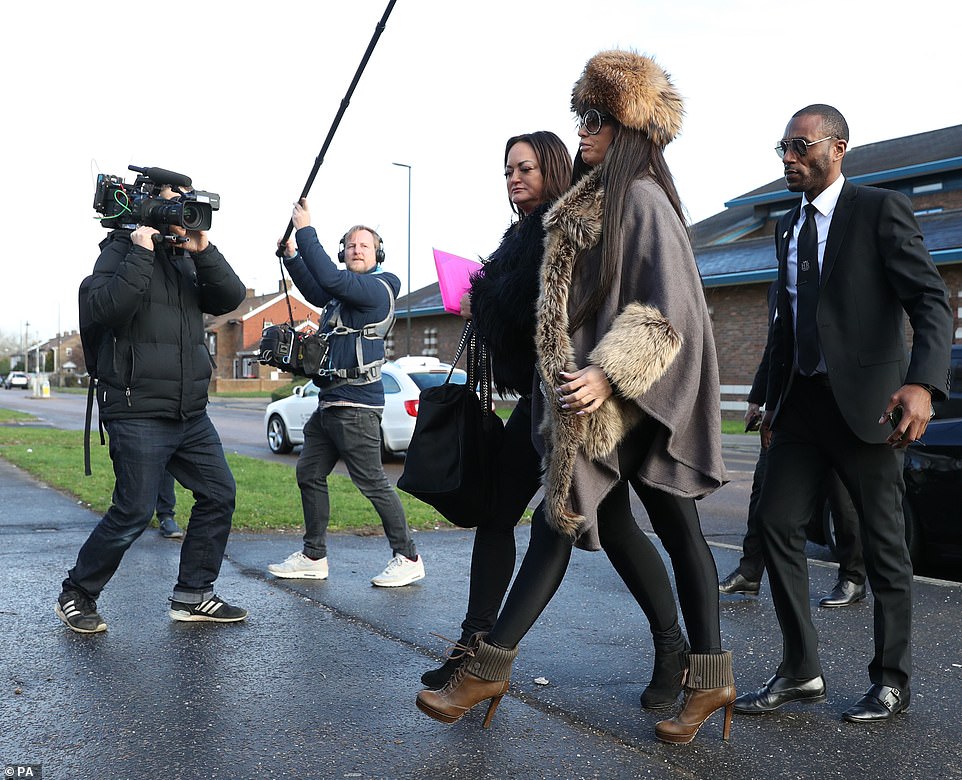 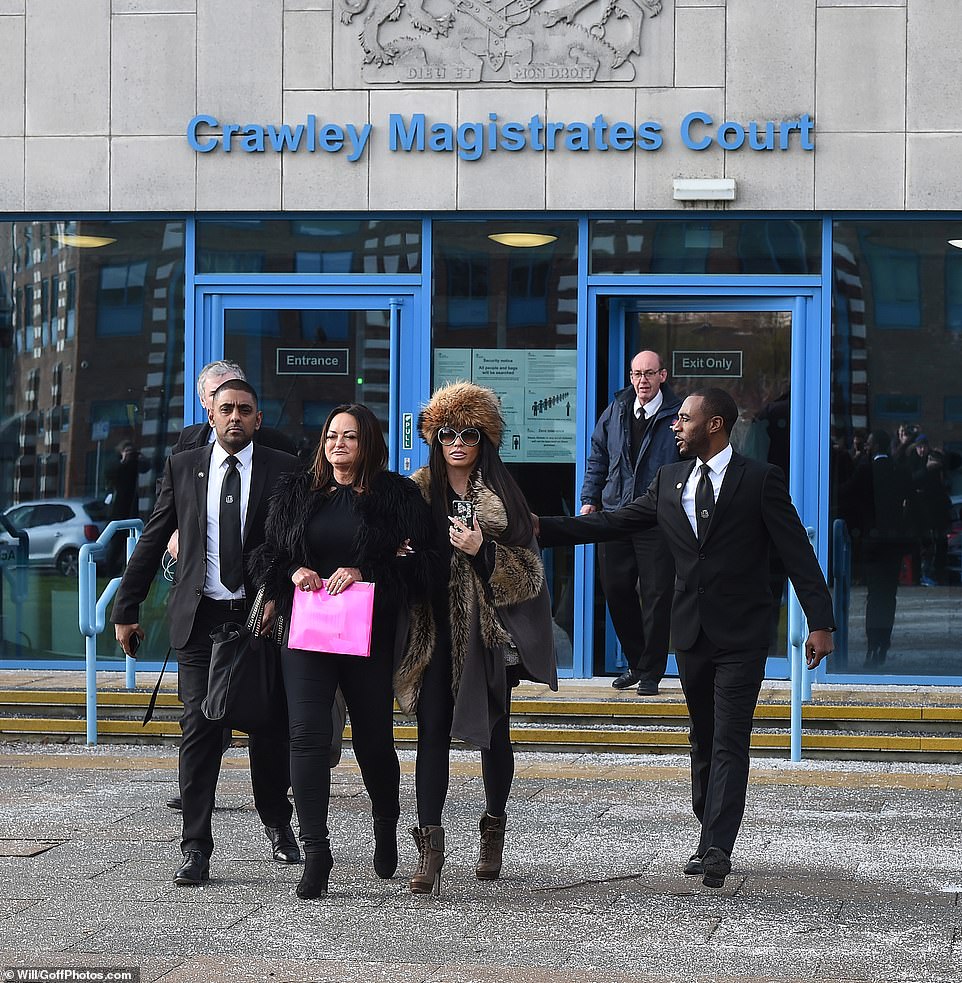 She was given a three-month ban for driving while disqualified in January of that year.

Handed a five-year restraining order banning her from contacting Michelle Penticost either directly or indirectly after hurling abuse at her during an argument at a school playground.

And then in October, Price was banned from driving for a further 18 months for failing to inform police who was behind the wheel of her pink Range Rover during a crash in Bexley, south east London. 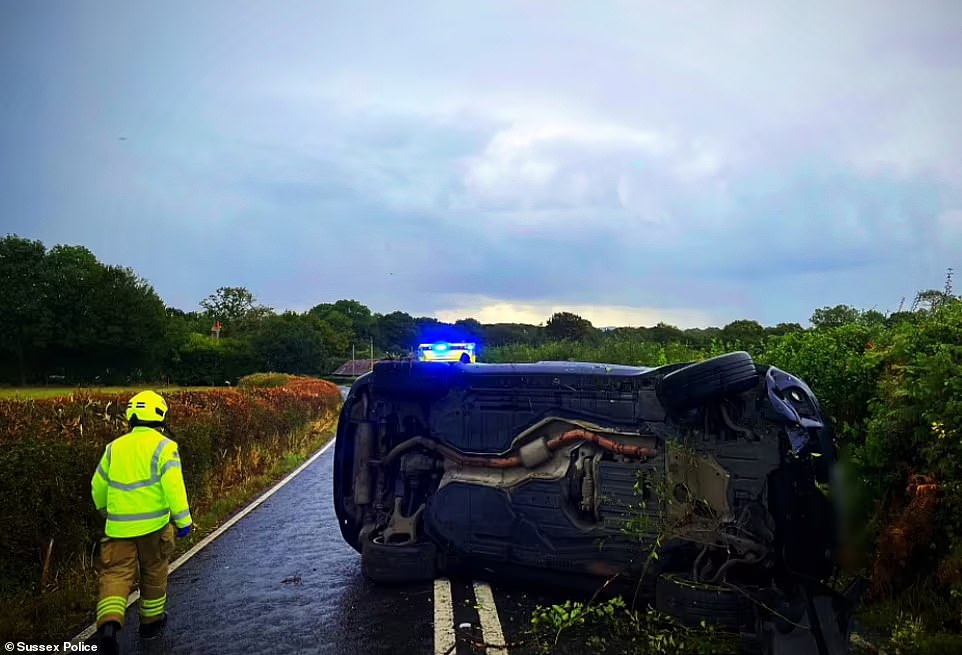 Price crashes her BMW car on a country road near her West Sussex home in the early hours of the morning after drinking and taking drugs.

She pleaded guilty at Crawley Magistrates of drink driving, driving while disqualified and driving without insurance and is handed a 16-week suspended prison sentence.

She pleads guilty to breaching a five-year restraining order not to contact, directly or indirectly, Michelle Penticost. 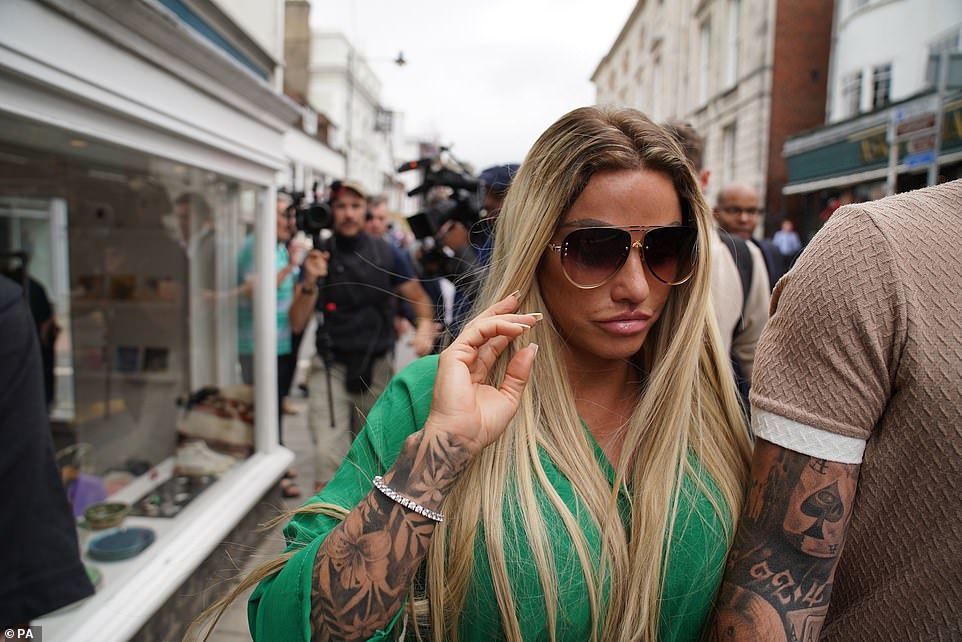 The former glamour model faced the prospect of a stint behind bars after admitting the breach, when she sent a text to Kieran Hayler, branding Michelle Penticost a ‘gutter s**g’