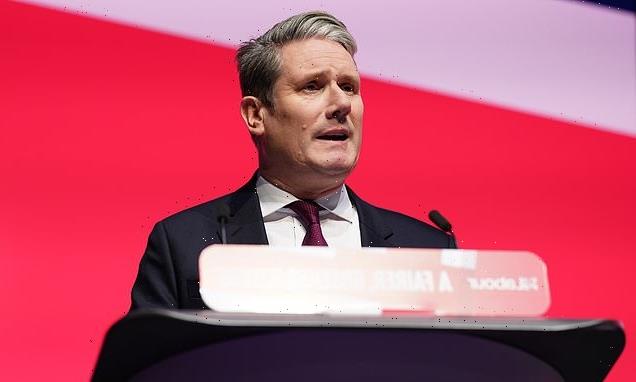 Keir Starmer was forced to backtrack yesterday after mapping out Labour’s plan to make Britain green by the end of the decade.

He wants to counter Tory tax cuts by banking on renewable energy to boost growth, claiming the UK could have zero-carbon electricity as soon as 2030.

But after the policy came under scrutiny, the Labour leader was forced to admit that fossil fuels might still have to be used as a back-up to provide Britain’s power. 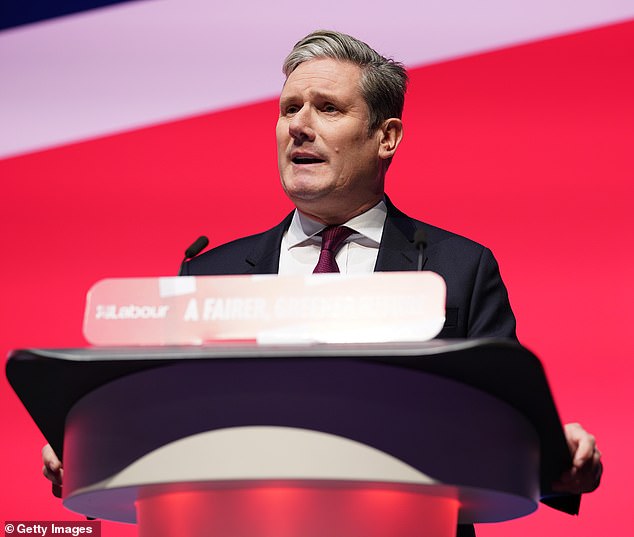 He said the nation needed to double its onshore wind generation, triple solar and quadruple offshore wind capability and continue to use nuclear power to reach the target.

Sir Keir claimed it would cut households’ fuel bills, tackle climate change and stop Britain being at the mercy of global markets and dictators such as Vladimir Putin.

But he faced repeated questions from journalists about whether, if his party won the 2024 general election, his ‘green growth plan’ could be delivered in just a few years.

Industry leaders also said it was dishonest not to be upfront about the huge costs involved in the scheme.

Asked ‘how on earth’ he would achieve the aim, Sir Keir admitted: ‘It’s going to be difficult, but the prize here is huge, which is lower prices for people on the bills they’re going to pay.’

BBC presenter Laura Kuenssberg pointed out that wind generation was only operating at 15 per cent of its capacity in Britain on Friday because the weather was too calm, and asked him: ‘How do you keep the lights on if you don’t have fossil fuels to fall back on?’

He replied that his target was ‘absolutely doable’, adding: ‘Well, you’d always have a transition with oil and gas, of course you would, but we’ve got to have the ambition to get off fossil fuels when it comes to our power.

‘This is a plan that can be delivered. It’s a plan which will drive down our prices.’ 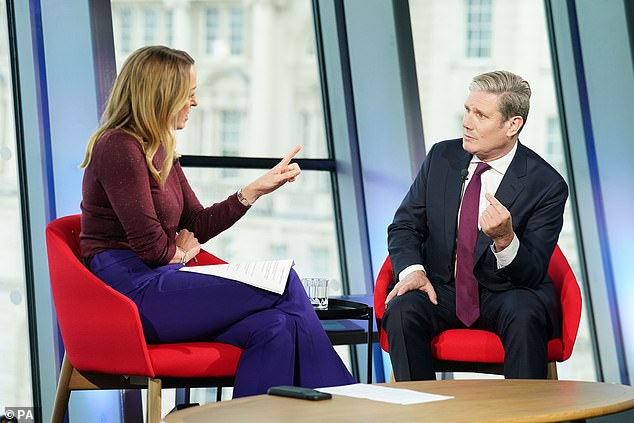 In an interview with the Labour leader, BBC presenter Laura Kuenssberg pointed out that wind generation was only operating at 15 per cent of its capacity in Britain

Pressed on whether he was adamant that there would be no reliance on fossil fuels by 2030, the Labour leader admitted: ‘Well it might be there as a fallback.

The target of ending carbon emissions from electricity generation by 2030 is more radical than the Government’s policy of reaching Net Zero across the economy by 2050, and some commentators questioned whether it was achievable given current limitations on storing renewable energy.

Angela Knight, former chief executive of the trade body Energy UK, told GB News: ‘The key questions are these – how much is it going to cost, who’s going to pay for it and have we actually got the technology in place? 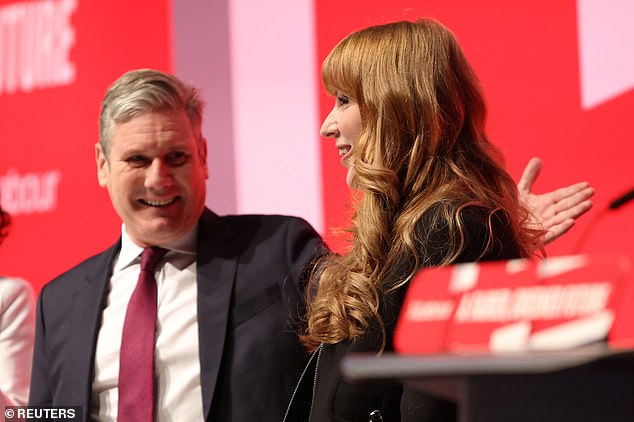 When asked by journalists ‘how on earth’ he would achieve the aim, Sir Keir admitted: ‘It’s going to be difficult, but the prize here is huge, which is lower prices for people on the bills they’re going to pay.’ He is pictured here at the Labour Party Conference with deputy leader Angela Rayner

‘Right now I think even the path we’re on seems quite aggressive, and to bring it forward to the end of this decade is probably one of those things that politicians say in haste and regret at leisure.’

She went on: ‘We can go hell for leather and build all sorts of additional wind farms, both onshore and offshore, but of course the wind doesn’t blow all the time.

‘So what are you going to do for the times that the wind isn’t blowing and your renewables are being intermittent?

‘You certainly can’t do all that in the next seven or eight years and the cost is going to be very high indeed.