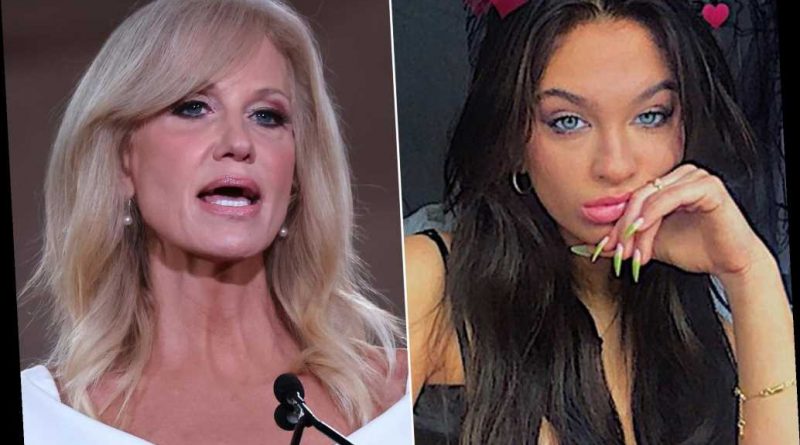 Police have launched an investigation into a topless photo of Kellyanne Conway’s 16-year-old daughter, Claudia — which the teen says was posted on her mom’s Twitter — and cops paid a visit to the family’s New Jersey mansion Tuesday.

Just before noon, four officers showed up with papers in hand at the Conways’ home in tony Alpine and spent about an hour inside before leaving.

“An investigation is being conducted. No additional information can be released,” Belcolle said, noting that records regarding juveniles are not made public.

On Monday, Claudia Conway took to her TikTok account to address a topless photo of herself that apparently was tweeted on her mother’s Twitter Fleets — which automatically deletes posts after 24 hours.

Claudia said she believed either her mom “accidentally” posted the pic or her account was hacked.

“Nobody would ever have any photo like that ever,” Claudia said in a since-deleted TikTok. “So, Kellyanne, you’re going to f–king jail.”

The photo disappeared from Kellyanne’s account — but not before it was screenshotted and shared by various users.

On Tuesday, the vocal teen apologized for publicizing the matter, saying she now believed hackers were to blame — and calling on members of the public to stop contacting authorities about the matter.

“I know that my mom would never, ever post anything to hurt me like that intentionally and I do believe she was hacked,” Claudia said in the mea culpa, adding that she was going to take a break from social media. “I want to apologize for making all of this public.”

Claudia has risen to social media fame for posting about her frequent clashes with her prominent parents, Kellyanne, once a top advisor to former President Donald Trump, and George, a lawyer who’s railed against Trump in the past.

In August, the teen said she was seeking emancipation from her parents.

Claudia has 1.6 million followers on TikTok.