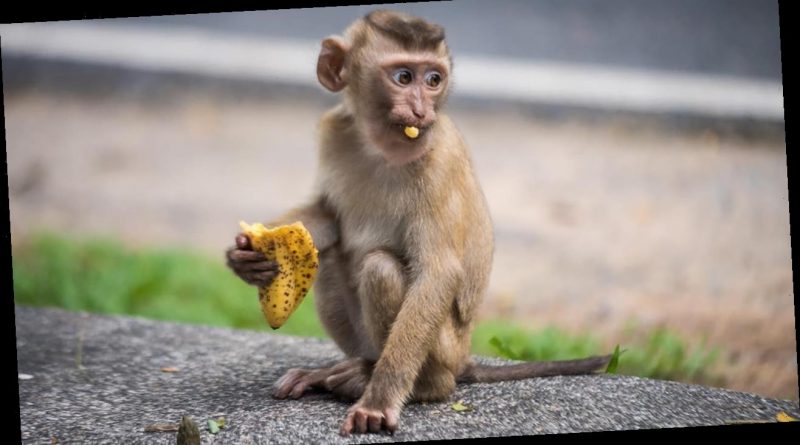 A Kentucky family got an unexpected guest when their grandfather found a monkey living on his front porch, where it remained for days until it could be safely removed.

No one believed the grandfather when he called up saying he saw the monkey; they thought it was another of his pranks.

No one in the family knows when the monkey first appeared. Officers from Kentucky’s Department of Fish and Wildlife set a trap for the monkey, but the creature has so far eluded capture.

The monkey quickly made itself at home, even roaming around the house.

Lewis was worried about authorities using force to remove the monkey, so she tried to befriend it.

BEES SWARM CAR PARKED AT SUPERMARKET BEFORE FIREFIGHTER REMOVES THEM

“I started out, by like, handing her a piece of the banana, and then all of a sudden, after I fed her about three or four pieces, she comes over and just grabs my finger and starts licking the banana off my finger,” Lewis said.

The monkey even ended up sleeping on Lewis’ lap, but eventually she parted with the monkey, putting it in a cage so it could be safely removed from their home.

No one in the area claimed ownership of the monkey, so authorities released the monkey to the Primate Rescue Center in Nicholasville.

Authorities also assured Lewis and her family that the monkey was safe and disease-free.