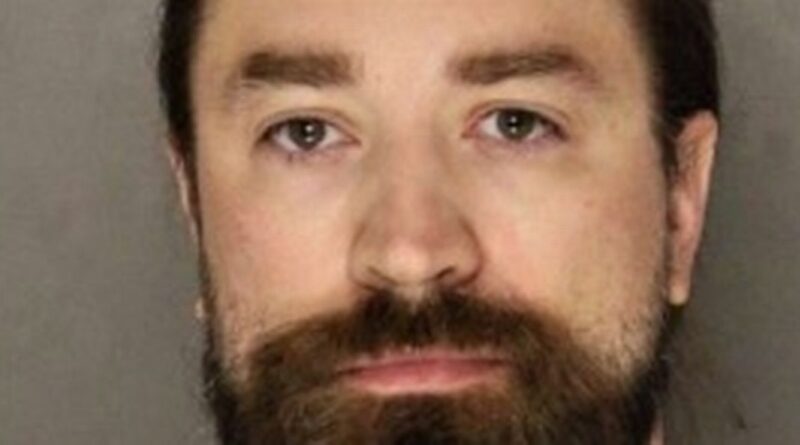 A woman has been 'rescued' after leaving notes in public toilets claiming she had been held captive for months.

Police in Pennsylvania, US, arrested Corey Brewer, 38, on Sunday based on a string of violent allegations including holding a woman against her will.

The alleged victim's disturbing claims were first read last Thursday, according to police, who say a note was found stuck to a mirror in the women's bathroom of a Walmart in Carnegie

According to a criminal complaint, one note said: "If I don't make it tell my family I love them."

The woman claimed Brewer was armed with a blade as he controlled every aspect of her life, sexually abusing her, beating her and threatened to kill her kids if she tried to escape.

The note left in the loo included an address, a description of a car, and begged the reader to call 911, abcNEWS reports.

The unnamed woman told police that she was in a relationship with Brewer who she filed a protection from abuse order against in August 2020 but it expired one month later, police said.

When officers went to the written address no one answered the door despite, according to the complaint, officers hearing furniture being moved around inside.

In an attempt to speak to the woman, police called Brewer's number but he allegedly told them that she had to remain on speaker phone, the complaint said.

Brewer also told the officers that they were on holiday in New York.

Yet two days later another note appeared on the mirror of a female toilet in Fallingwater museum and landmark, where police say CCTV showed the couple visit.

The note said she had been held at home since May 1 and did not go on holiday. It also asked the reader to call 911, the complaint said.

The note said: "she heard the police knocking at the residence, that the abuse hasn't stopped, and please don't give up."

On their return to the property on Sunday, police executed a search warrant, rescued the alleged victim and took Brewer into custody, the complaint said. The woman told police Brewer snatched her phone and made escaping his control impossible.

She added that Brewer sexually assaulted her, punched and strangled her numerous times, and threatened to kill her and her children if she tried to leave, the complaint said.

The woman also alleged Brewer forcibly took nude photos of her against her will cut her foot with a knife, according to the complaint.

Brewer was charged with sexual assault, strangulation and unlawful restraint. He did not have an attorney as of Tuesday afternoon and is due in court for a preliminary hearing on July 22, abcNEWS reports.