Jay Dehmalo and sister Gina wrote Kathleen Dehmlow "will not be missed" after she died last week aged 80, in Springfield, Minnesota. 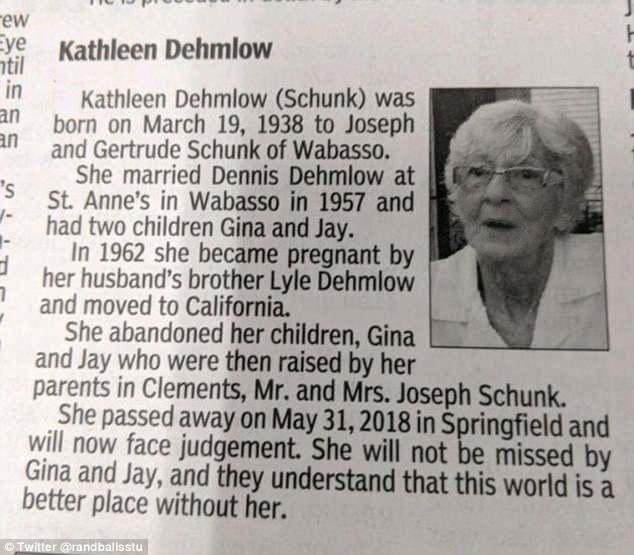 They printed the scathing tribute for the pensioner after she ran off with her husband's brother.

But Jay, 58,  said his siblings were left behind while their mum was off "having a great life" with her new family in California.

He told MailOnline: "I remember she came home twice and on one occasion she was showing pictures of her and her kids playing cards, drinking beers.

"Gina and I were standing in the room, just standing there and she didn't even acknowledge us. It's like we didn't exist." 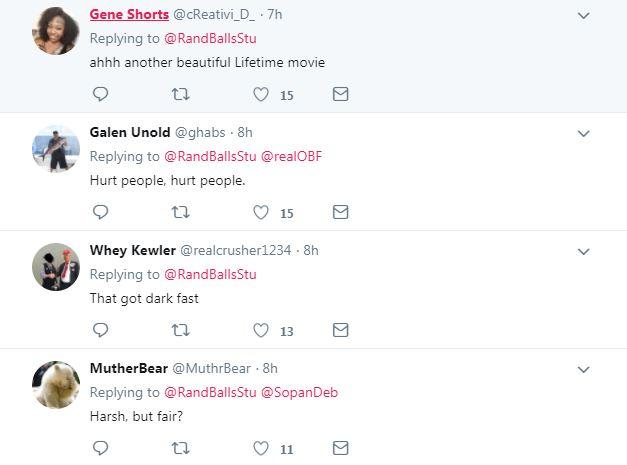 And the obituary in the Redwood Falls Gazette reflects their pain, reading: “She abandoned her children, Gina and Jay, who were then raised by her parents in Clements, Mr and Mrs Joseph Schunk.

“She passed away on May 31, 2018, in Springfield and will now face judgement.

“She will not be missed by Gina and Jay, and they understand that this world is a better place without her.”

A photograph of the original obit in the newspaper print edition appeared on Twitter and was re-tweeted over 20,000 times.

Many were shocked at the strong tone of the tribute.

One of them Steve Harvey dubbed it an "obitchary".

Another said: "Best obit ever. Don’t hold back Gina and Jay, what’s really on your mind."